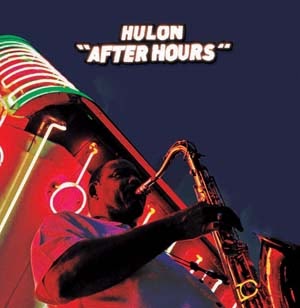 The urban jazz styling of Hulon has returned with his newest album, After Hours, set for release on February 7, and available on iTunes and Hulon’s website (http://www.hulon.com/). After Hours features Howard Hewitt, Geoff McBride and the new radio single “Do You Feel Me.”

After the success of his debut album, First Impressions, Hulon’s newest album, After Hours, has combined passion and confidence creating Hulon’s best tracks to date. Hulon’s debut album spent 15 weeks on the Billboard Jazz Chart, peaking at #25, and featured the single “Sax on the Beach,” which reached #16 on the Smooth Jazz.com Top 50 Indie Chart, and was featured on the noted jazz website AllAboutJazz.com, in addition to receiving national and international airplay on terrestrial and online radio.

The new 11 track set includes a vocal and instrumental version of the 1977 Heatwave classic “Always and Forever,” and eight originals penned by Kashiwa that play to Hulon’s strengths as a soulful balladeer and a grooving R&B/funk player, with a few dashes of cool and swinging traditional jazz in the mix. Highlights include the sensual late night romance “You’re Beautiful,” the whimsical mid tempo light funk tune “Takin’ My Time,” the tropical chill of “Sticky Trickuation,” the sly, Pink Panther-esque “Speak Easy,” (featuring shuffling drum, bass and finger snap rhythm) and the high octane horn-driven jam and first single from the new release, “Do You Feel Me.”

Hulon has collaborated once again with mentor, composer, producer and fellow saxophonist Jeff Kashiwa. World renowned for his years with The Rippingtons, The Sax Pack and numerous hit solo albums over the past 20 years, Kashiwa again brought in some of contemporary jazz’s most powerful and dynamic players to take Hulon’s musical game on the new collection to the next level including Dave Hooper (drums), Allen Hinds (guitar), Melvin Davis (bass) and Bill Heller (keyboards) all of whom have played key roles on First Impressions.

Yet there’s much more to Hulon’s dynamic emergence onto the urban jazz scene than simple chart stats and the support of some of the genre’s best players. At its heart, it’s the story of a musical dream long deferred, and unique connections between the spiritual and emotional healing power of music and the physical healing that Dr. Hulon E. Crayton does as a rheumatologist and founder of The Arthritis and Infusion Center, which specializes in the treatment of Rheumatological diseases as well as sports related injuries. The title of one of the tracks on After Hours, the tropical flavored groove tune, “Second Opinion,” is a playful ode to his longtime profession.