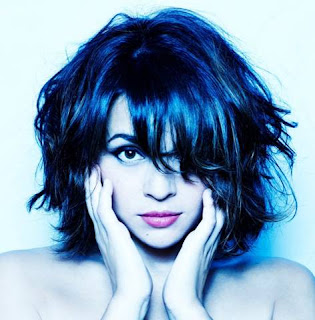 Norah Jones is set to release a new album this spring entitled Little Broken Hearts (released via Blue Note/EMI), which is a collaboration with producer and musician Danger Mouse. The two first worked together when Danger Mouse called upon Jones to contribute vocals to his acclaimed 2011 spaghetti western-tinged album, Rome, and their connection proved deep enough that they decided to collaborate on Jones’ fifth studio album.
Little Broken Hearts will feature original songs co-written by Jones and Danger Mouse, is the fascinating next step in the artistic evolution of one of the most intriguing singers to have emerged in the past decade. Together they have married their highly personal styles to create an entirely new sound.
The duo reconvened in Danger Mouse’s Los Angeles studio this past fall to finish what they had begun. The songs were all built from the ground up in the studio, with Jones and Danger Mouse sharing all the songwriting credits and performing the majority of the instrumental parts; Jones on piano, keyboards, bass, and guitar, and Danger Mouse contributing drums, bass, guitar, keyboards, and string arrangements.
Jones is scheduled to tour extensively in 2012, performing at a mixture of festivals, amphitheatres and theatres in the U.S. and abroad, including her return to the Hollywood Bowl, which has been announced as part of the venue’s subscriber series. The nine-time Grammy-winning singer will be appearing at the Kodak Hall at Eastman Theater in Rochester, New York, on June 29, and at the outdoor amphitheatre in Los Angeles on August 10.
Posted by Jazz Chill at 12:55 PM