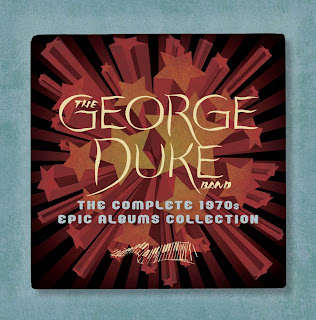 Legacy Recordings has release the George Duke Band's most complete 1970s Epic albums all in one bundle!

• Keyboard master and renowned producer George Duke’s most famous and biggest selling albums were recorded for Epic in an incredibly prolific period between 1977 and 1979. All of them are in this collection.
• These albums were all crossover successes faring very well on the Pop, R&B and the Jazz Charts.
• Includes his biggest hits “Reach For It”, “Dukey Stick” and more.
• Special guests and featured players include Dianne Reeves, Stanley Clarke, Sheila E., Milton Nascimento and more.
• Extensive liner notes by George giving the behind the scenes stories of all of the records.
• Includes Brazilian Love Affair, considered by many to be George’s very best album. Recorded in Brazil with top Brazilian players.

George Duke has worn many hats during his nearly fifty-year career. Jazz pianist, rock keyboardist, R&B and pop producer, singer, composer, arranger and bandleader -- Duke has been impossible to pigeonhole, which is just the way he likes it. 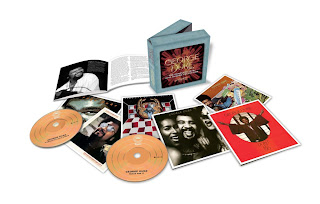 By the time Duke began his tenure at Epic Records he had already garnered a sturdy reputation as a resourceful and versatile keyboardist from his work with Jean-Luc Ponty, Cannonball Adderley, Frank Zappa and Billy Cobham. Yet jazz was not on his mind when he came to record at his new label. With From Me To You, Duke went funky with a vengeance. Enlisting bassist Stanley Clarke and singer Dianne Reeves among his collaborators, Duke turned in a song-oriented R&B recording that set the pattern for the popular albums that followed.

Now established with a new audience who knew him primarily as an R&B artist, Duke focused on sophisticated funk on Reach For It, which yielded a hit single in its title track; Don’t Let Go had its own R&B anthem in “Dukey Stick.” Follow the Rainbow and Master Of The Game continued marching in the funky footsteps of their predecessors.

Duke’s passion for Brazilian music finally rose to the surface with A Brazilian Love Affair, on which he’s joined by Airto Moreira, Flora Purim and the master singer and composer Milton Nascimento, who contributes the only two non-Duke originals. Recorded in Rio de Janeiro, this labor of love also features a host of Brazil’s finest studio musicians. A Brazilian Love Affair and The 1976 Solo Keyboard Album, on which Duke offers more of his instrumental prowess than usual, might be anomalies when it came to Duke’s Epic work. Yet they demonstrated that this unclassifiable musician had more than just funk in his veins