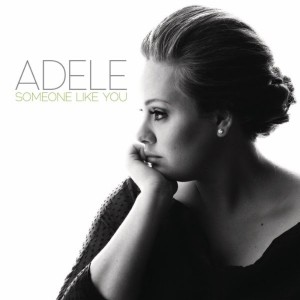 Last night's Grammy Awards confirmed that 2011 truly was the year of Adele. The 23 year-old singer was honored with 6 Grammy Awards, including "Record of the Year," "Album of the Year" and "Song of the Year," tying the record held by Beyoncé for most Grammy Awards won by a female artist in a single year. This brings Adele's career Grammy total to 8. Viewers who tuned into the live ceremony, which took place from the Staples Center in Los Angeles earlier this evening, witnessed Adele deliver a breathtaking rendition of "Rolling in the Deep," her first public performance since she underwent vocal surgery in November. Adele took home honors in the following categories:


Adele's sophomore album 21 was the biggest selling album of 2011 with over 18 million units sold worldwide. Entertainment Weekly declared it "that rarest pop commodity: timeless," and the Associated Press affirmed that Adele "created more than just an album with good songs: she's crafted a masterpiece." In addition to being named Billboard's "Artist of the Year," Adele had the best-selling US single of the year, "Rolling in the Deep," certified 6x Platinum, as well as the best-selling music DVD of the year, "Live at The Royal Albert Hall," certified 7x Platinum. She has broken countless records – including becoming the first-ever artist to lead the Billboard 200 while concurrently having 3 Billboard Hot 100 #1 singles from the same parent album ("Rolling in the Deep," "Someone Like You," and "Set Fire to the Rain"). 21 has spent 19 nonconsecutive weeks, to date, at #1 on the Billboard Top 100, surpassing records held by Billy Ray Cyrus' "Some Gave All" and 1998's "Titanic" soundtrack.
http://www.adele.tv/
http://www.columbiarecords.com/
Posted by Jazz Chill at 8:17 AM