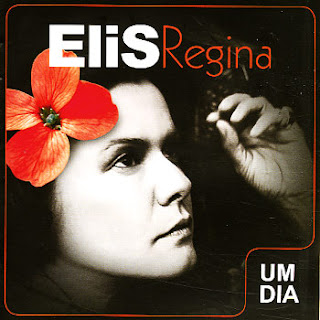 One of the last great recordings from Elis Regina – expanded here with a range of never-heard bonus tracks! The 2-CD set offers up all the amazing sides recorded by Regina at the Montreux Jazz Festival in 1979 – originally issued as a single album in the 80s, but even more incredible here in its expanded scope! The set marks the last time that Regina really hit a groove – that sublime blend of jazz, samba, and Brazilian modes that marked some of her best late 60s recordings – spun out here with incredible live energy in two different performances. As you'd guess from the title, all music is from one day – but from two different concerts – one in the afternoon, one at night – with variations in track listings, jazz instrumentation, and especially Regina's approach to the lyrics. The set also features a few tracks with Hermeto Pascoal on piano – and titles include "Triste", "Cobra Criada", "Agora Ta", "Onze Fitas", "Corrida De Jangada", "Mancada", "Amor Ate O Fim", "Samba Dobrado", "Na Baixa Do Sapateiro", "Maria Maria", "Upa Neguinho", "Corcovado", "Asa Branca", and "Garota Da Impanema". 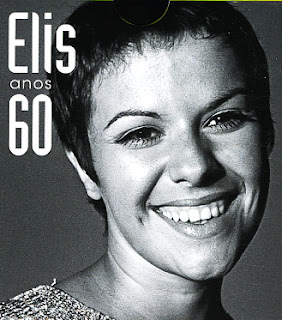 The birth of a legend – all the original 60s Philips albums from Elis Regina, packaged together in one set, and combined with 2-CDs' worth of bonus rare material too! The music is amazing – and starts with a more familiar bossa/samba mode, but quickly stretches out into the richer, more expressive sound that Regina really helped pioneer in Brazilian music – a careful balance of emotion and feeling, yet one that always manages to swing with a bit of soul as well! Arrangements are sublime throughout – some small combo jazz, some larger charts by Roberto Menescal, and some nice live moments too – even some collaborations with Jair Rodrigues, The Jongo Trio, Zimbo Trio, and Toots Thielemans too! Includes individual albums Samba Eu Canto Assim, 2 Na Bossa, O Fino Do Fino, Dois Na Bossa No 2, Elis 1966, Dois Na Bossa No 3, Elis Especial 1968, Elis & Toots, Elis Como & Porque, and Elis Regina In London – plus the CDs Perolas Raras and Esse Mundo E Meu – both compilations of rare singles, EP tracks, and other hard to find gems! 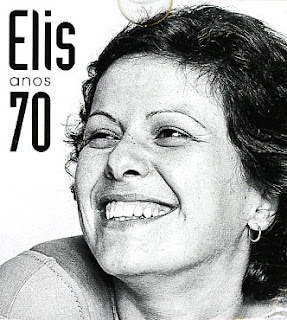 Completely sublime music from the legendary Elis Regina – really standard-setting recordings that helped push Brazilian music into a whole new range of sounds and styles! The 70s saw Elis Regina really opening up her sound – digging deep into the expressive modes she first unleashed in the 60s – hitting these incredibly rich vocal styles that perfectly fit the mature vocals and arrangements used for the songs. There's a breadth of feeling here that's wonderful – and yet, at the same time, Regina has this unique way of never being too over-emotive either – a fresh face for female vocals in Brazil, and one that set the tone for countless generations to come! Albums include Elis No Teatro Da Praia, Em Pleno Verao, Ela, Elis 1972, Elis 1973, Elis & Tom, Elis 1974, Falso Brilhante, Elis 1977, Transversal Do Tempo, and Elis Especial – plus a whole bonus 2-CD set of rare material from the 70s – No Ceu Da Vibracao – filled with b-sides, single tracks, and other hard-to-find songs!

Source: Dusty Groove
Posted by Jazz Chill at 9:52 AM