SOB's (SOUNDS OF BRAZIL) TO CELEBRATE 30 YEARS IN NEW YORK... 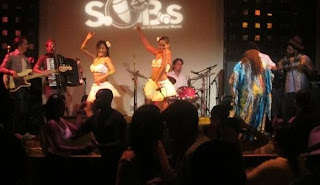 Founded in June of 1982 by owner and director, Larry Gold, on what was then a barren stretch of land at the corners of Varick and Houston Streets, to expose the musical heritage of the Afro-Latino Diaspora, S.O.B.’s has gone on to become renowned as the premier venue for not only World Music, but all genres, in New York City and the world over. The list of music legends to have graced the stage in the past thirty years is too extensive to list but the venue’s contributions to connecting music to fans doesn’t stop there. S.O.B.’s has also developed a reputation in the industry as a breeding ground for up-and-coming artists and trends. A show at S.O.B.’s can be a springboard for emerging artists, garnering them press from mainstream local, national and even international media as well as attracting attention from music industry professionals. This has been the case with uncounted artists including John Legend, Erykah Badu, Kanye West, Common, Drake and Ryan Leslie. In fact, the venue spawned the long-standing Breeding Ground feature on AllHipHop, on which the site has highlighted its picks from the crop of Hip Hop hopefuls over the years. 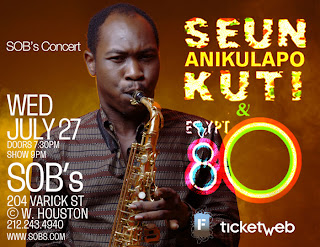 The partnership between S.O.B.’s and International Creative Management to present the venue’s thirtieth anniversary made perfect sense as the two, working closely with Noizy Cricket!!, have collaborated for many years to provide amazing live entertainment to New York audiences.

“We could have provided an entire month’s worth of concerts with all of the talent that has stepped on to the S.O.B’s stage over the past thirty years.” shares Noizy Cricket!! founder, le’Roy Benros. “We’ve gathered some of the freshest talent out today who've put on legendary performances here in New York and brought them to SXSW for a night to remember!"

“After 30 years of building S.O.B's into one of the elite music venues in NYC we are honored to finally be showcasing some of the best of Urban Music at SXSW.” adds owner, Larry Gold.
“We have been working with Larry and the S.O.B.’s family for many years and this will be a great way to celebrate their 30th anniversary,” says ICM Agent, Zach Iser. “Our clients are proud to be a part of this special evening of live music.”
Media is encouraged to attend this momentous occasion in New York City’s music history at one of the nation’s biggest and best music festivals, SXSW. Attendance is free to all on a first come, first served basis with SXSW wristbands and select media will be given access to talent for interview purposes.
Posted by Jazz Chill at 11:57 AM