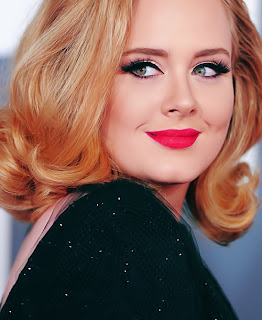 Exactly one year after its release, Adele's 21 experienced its biggest sales week ever with over 730,000 copies sold. This astounding number follows Adele's Grammy sweep and her first public performance since undergoing vocal surgery in November, a riveting rendition of her hit "Rolling in the Deep." Honored with 6 Grammy Awards, Adele has tied the record held by Beyonce for most Grammys won by a female artist in a single year, as well as Eric Clapton's record for most Grammys won by a British artist in one night. Furthermore, Adele is only the second artist in Grammy History, after Christopher Cross in 1981, to have won The Recording Academy's top three categories - "Record of the Year," "Album of the Year" and "Song of the Year"- while also possessing a "Best New Artist" Grammy.

The album, which won Adele this "Best New Artist" distinction in 2009, 19, is also experiencing a sales boost. Four years after its release, it has sold nearly 2 million copies. Adele has two albums occupying the top 5 slots on Billboard's Top 200 Albums chart this week, with 19 selling an impressive 87,000 copies.

Adele's Grammy-winning album 21 surpassed 2 million downloads on the iTunes Store in the U.S. within a year of its release, making her the first artist to go double platinum on iTunes.

These are the reasons why Adele 6 Grammy awards. I really love her songs.