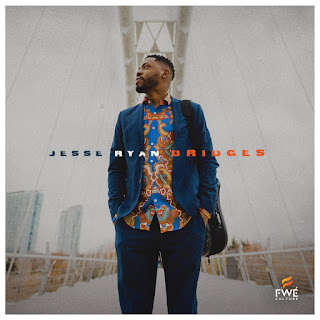 Bridges, the long anticipated debut recording from saxophonist and composer Jesse Ryan, is an eclectic and honest offering that straddles both jazz and Afro-Caribbean traditions: a true celebration of the cultural, rhythmic and expressive connections between North America and the islands of the Caribbean. The recording is released under Ryan’s own Fwé Culture label, and features six original compositions and one arrangement of a sacred Zambian folk melody. Each song on the album is either an idiomatic bridge between musical traditions or was written to present an idea in the form of an anecdotal narrative that encourages the listener to evolve by bridging the gap between their former and future selves.Three of the tracks on the album feature Tambrin drumming, performed by members of the Mt. Cullane Tambrin Band - a drumming tradition from Jesse’s homeland that is unique to the island of Tobago and has remained largely unchanged from when it began in colonial times.In keeping with the theme of bridging cultures, this recording brings together some of the finest young musicians from Toronto, Canada and Trinidad and  Tobago and was co-produced by the Grammy Award winning drummer Larnell Lewis. 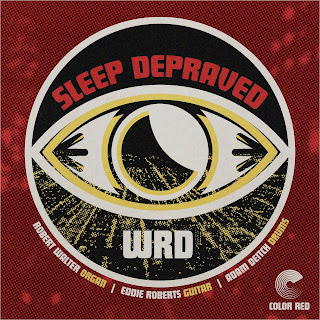 WRD the trio of some of the mightiest titans of the modern funk and jazz scene, Robert Walter, Eddie Roberts, and Adam Deitch, have released "Sleep Depraved." The track is off their forthcoming full-length album that slated to be released on April 30, 2021, in celebration of the respective birthdays of all three members in the trio. “Sleep Depraved” emulates the rush of adrenaline that comes from a marathon week of gigs during New Orleans’ Jazz Fest. Organist Robert Walter reflects on how music tends to get dirtier and more immediate in the extreme conditions from two weeks of late-night gigs where the joy of music overrides exhaustion. The track is heavily influenced by mid-70s jazz-funk artists like Roy Ayers and Donald Byrd and Grant Green’s album ‘Live at the Lighthouse,’ carrying the same fervor as the ironic album, but with organ trio instrumentation. The track was recorded during a 1-day session at Color Red Studios in Denver, CO where the band worked swiftly to talk down arrangements and roll the tape. 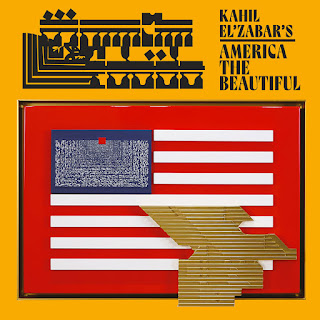 An incredible new album by the legendary multi-percussionist addressing the state of America today while calling for a better tomorrow, the album is his musical testament to the state of affairs, expressed with love, urgency, hope & spirit.Following his latest release ‘Spirit Groove’ ft. David Murray, El’Zabar went into his musical vault to uncover for Spiritmuse Records works that he had scored for Daryl Roberts’ award-winning documentary, America the Beautiful. Kahil decided that the timing was right to release this music, in light of the tragic outbreak of COVID-19 and the global heartfelt tragedy of George Floyd’s brutal death. El’Zabar then went back into the studio recently to compose and score the rest of the music that would accompany the vision of what America the Beautiful has become. The album speaks to the times that we are living in today, with El’Zabar exploring issues related to the current affairs of America and the globe regarding race, ecology, economic disparity together with hopes, love and aspirations for a better world yet to come. 'America The Beautiful' is the last recording of legendary World Saxophone Quartet co-founder, Hamiet Bluiett – this album is dedicated to him.