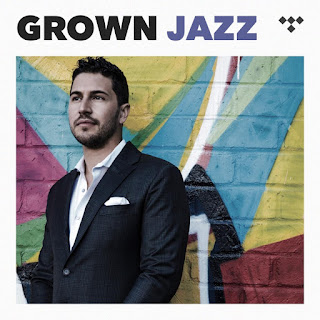 The sound of stride piano vividly evokes scenes from the past: the roaring nightclubs of 1920s Harlem, the raucous birth pangs of jazz’s nascent years, the gymnastic burlesques of risk-taking silent movie madcaps. But in the music of pianist/composer Emmet Cohen, the past is always present, if not venturing with sly turns into an open-eared future as we enter into a new iteration of the roaring 20s.

On his latest album, Cohen revisits one of the music’s earliest forms without a trace of quaintness or throwback pastiche by meticulously covering the genre’s lexicon spanning the past century and melding its context with “modern” music. With Future Stride, available now via Mack Avenue Records, he instead finds the immediacy in a stylistic approach that can speak volumes to modern listeners open to recognizing its thrilling vitality.

The new album comes following Cohen's win at the 2019 American Pianists Awards. He received a cash prize and two years of career advancement and support valued at over $100,000, making this one of the most coveted prizes in the music world and the largest for American jazz pianists. Cohen's recording contract with Mack Avenue Music Group was a part of the prize from the American Pianists Association as well. Cohen joins illustrious past winners including Sullivan Fortner, Aaron Diehl, Dan Tepfer, Aaron Parks and Adam Birnbaum, among esteemed others.

Though he’s made a point of connecting with masters from the past throughout his still-young career, Cohen pointedly invites a group of his peers to realize this project, including his longtime rhythm section partners, bassist Russell Hall and drummer Kyle Poole, along with two of modern jazz’s most progressive voices, trumpeter Marquis Hill and saxophonist Melissa Aldana.

“I find that all great art can be considered modern,” Cohen explains. “Whenever you listen to Stravinsky or watch Stanley Kubrick, when you read Shakespeare or look at Picasso, it remains the most modern, genius art that you can find. It allows people in every time period to feel and experience the same emotions relevant to the period that they live in. For me, stride piano belongs in that category; the music of Art Tatum and Earl ‘Fatha’ Hines and Willie ‘The Lion’ Smith has implications that can affect people today in a very deep manner.”

Where Future Stride began with a piece revived from nearly a century ago, it ends with a tune that explicitly points to the future, with a supple R&B influence that colors much of Cohen’s original music but has become one bold path for modern jazz to explore. The fact that a listener would be hard-pressed to point to one or the other of those poles as more “old-fashioned” or more “forward-looking” makes Cohen’s point more eloquently than words ever could: if emotion is conveyed from musician to listener, that emotion lives in the eternal now and the sound is always past, present and future.