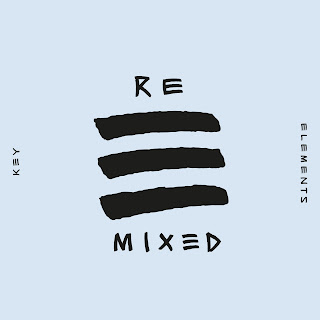 Berlin based DJ and producer Marian Tone came up with the name «Key Elements» long before forming the trio that now puts forward a promising album on Sonar Kollektiv. After the release of two EPs («EP One» and «Beats vs. Bad Karma» both on Dooinit Music) the expertly and sought-after DJ with a background in Hiphop, Soul and Jazz consequently ventured to record his debut album. Marian’s idea was to produce music that sounds organically abandoning the use of samples completely but only focusing on own compositions. But things didn’t turn out as planned at all.

Some years ago Marians’ brother Markus, introduced him to the drummer Waldi who already in the 90’s cut a dash locally with his two-man-drummer-live project «Analogue Freestyle». That’s how Marius and Waldi arranged for an initial mutual session. During which Waldi laid drums over the beats that were destined for Marian’s upcoming album «Key Elements». Both were mutually impressed by the outcome to the extend that they decided to record some tracks and to form a band. Suddenly the solo project «Key Elements» had turned into a group. In early 2019 the group was completed by including the befriended keyboard player Jim Dunloop. The highly gifted piano virtuoso is working as a producer for quite some time now and for instance has released his debut album «Opus 76BPM» on BBE. On «Key Elements» you can hear him on bass though. He contributed some of his own compositions as well. In the following months the eight songs in total were recorded in different studios in Berlin (f.e. the Butterama Music Recording Studio or the SB Drums-Studio run by Sascha Bachmann). They already had the chance to set the house on fire with their up-to-now unreleased material at several locations, f.e. at the Badehaus next to J. Lamotta & Blue Lab Beats, at Klunkerkranich in Neukölln, at the XJAZZ Festival, at the Fete De La Hip Hop and at the Gilles Peterson’s Worldwide FM Party in the Kreuzberg Club Gretchen as a part of the Steve Reid Foundation.

«Key Elements» have created exactly what Sonar Kollektiv was waiting for: No-holds-barred modern sounding Jazz far away from Broken Beat nostalgia or Beatmaking nerdism. Of course you can hear Marian Tone’s love for hiphop in all of the eight tracks, but similar to the young and dynamic UK jazz secene this love is transported into a new free form. Laid-back and positive melodies invite to listen carefully to the music which surprises again and again: Different time signatures, infuriating arrangements and tempo changes give the album some sense of complexity without being complicated. Even though Marian Tone is the key element of «Key Elements» you notice quickly that here three musicians interchange on equal terms and have the time of their life!