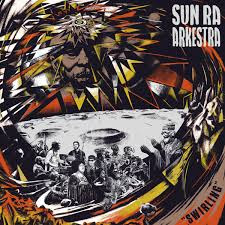 Sun Ra Arkestra - Swirling
It’s been a long time coming. Finally Sun Ra Arkestra, under the direction of the maestro Marshall Allen, release their first studio album in over twenty years, ‘Swirling’. It’s in the Strut store and on Bandcamp as well as a good record shop near you. Recorded at Rittenhouse Soundworks in Philadelphia, the new recording represents the continuation of a heartfelt rebirth of the Arkestra under Allen’s guidance since Sun Ra left the planet in 1993, gaining new generations of followers from their regular touring across the globe. With a big band line-up featuring long-standing Arkestra members including Danny Ray Thompson (RIP), Michael Ray, Vincent Chancey, Knoel Scott, Cecil Brooks, Atakatune (RIP), Elson Nascimento and Tyler Mitchell, the album is a full-blooded celebration of Sun Ra’s legacy. Tracks include brand new arrangements of Arkestra staples ‘Angels And Demons At Play’, ‘Satellites Are Spinning’, ‘Door Of The Cosmos’ and ‘Rocket No. 9’ alongside lesser-known gems; the rousing blues ‘Darkness’ is recorded here for the first time, resurrected from the Ra archives by Marshall Allen. Other highlights include an epic version of ‘Seductive Fantasy’ (first recorded on Ra’s ‘On Jupiter’ LP in 1979), the freeform sonic blast of ‘Infinity / I’ll Wait For You’ and a first-ever recording of the Marshall Allen swing composition, ‘Swirling’. 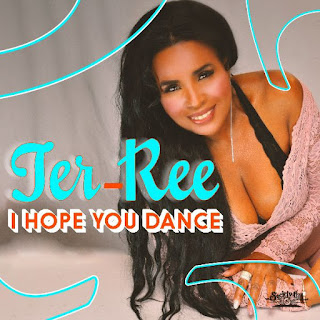 Ter-Ree - I Hope You Dance

After making head-turning guest appearances on recently released Christmas albums from labelmates Benny Barksdale Jr. and The Society Hill Orchestra, rising vocalist Ter-Ree headlines this soulful rendition of the award-winning “I Hope You Dance” – a song originally taken to the top of the charts by Lee Ann Womack. The Society Hill Orchestra returns the guest turn favor by laying down the music and Nikita Harmon, Toni Richards and Sharon Ingram provide backing vocals. 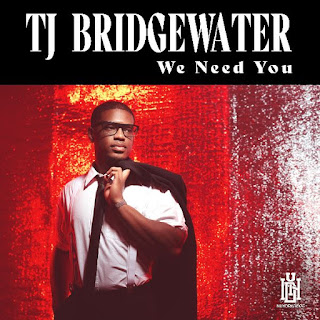 TJ Bridgewater - We Need You

A fabulous new singer generating a buzz around the clubs of South Beach and downtown Miami is a young man by the name of TJ Bridgewater. Originally hailing from the backwoods of central Louisiana, he became something of a local legend at a young age.TJ gained enough confidence to head to Miami to test his vocal skills on a wider audience. Record executives soon realized that this young man had the chops and stamina needed to rise to the top of the charts. The gospel-tinged "We Need You" - inspired by the current state of the world - with its soulful message and hip arrangement, is the second stand-alone single since the release of his debut album "Life Of A Champion," that has garnered rave reviews from those in the know. As an added bonus, this new single features exclusive instrumental and acappella mixes.