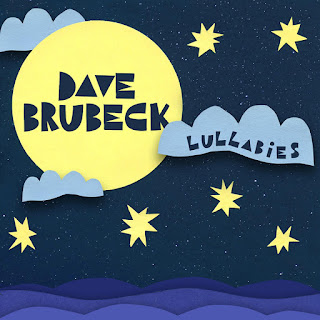 Dave recorded this serene collection of music as a gift to his grandchildren and as his last studio recording.  His ingenuity and integrity, all hallmarks of great Brubeck recordings, are abundantly apparent on the album.  The set contains covers and originals that will appeal to existing jazz and Dave Brubeck fans, as it exhibits his innovative style over delicate, inviting compositions that will also be enjoyed by the entire family.

Fans of Brubeck and of his other recordings will be delighted to discover five original tracks (“Going to Sleep,” “Lullaby For Iola” “Koto Song,” “Softly, William, Softly,” and “Briar Bush”) to experience, through Lullabies, as well as a new dimension of his unrivaled talent.  Created for the whole family to experience, fans will greatly enjoy the album with their children and grandchildren. Beginning with the recently released songs and accompanying lovingly animated videos to “Brahms Lullaby” and ‘Over The Rainbow”, Lullabies is destined to be a family favorite for generations to come.

Born on December 6, 1920, Dave Brubeck’s centennial is rapidly approaching and Lullabies is a central recording that celebrates his multi-faceted creativity. Designated a “Living Legend” by the Library of Congress, Brubeck was one of the most active and popular musicians in both the jazz and classical worlds. His large and varied repertoire of recordings continue to be popular among existing fans and each new generation.  His worldwide audience on Spotify and other Internet downloading and streaming services is consistently in the millions. Brubeck won many notable awards including the Grammy Lifetime Achievement Award in 1996 and “Take Five” is one of the most identifiable jazz songs of all time, with over 112M+ streams on Spotify.