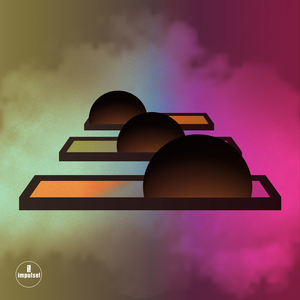 "The London-based trio The Comet Is Coming-made up of the saxophonist King Shabaka, the percussionist Betamax, and the keyboardist Danalogue-thrusts empyrean jazz into an apocalyptic future, where raucous psych rock and danceable electro-grooves ride lush tenor lines to outer space."  -THE NEW YORKER

The Comet is Coming follows up the band's globally successful 2019 projects Trust in the Lifeforce of the Deep Mystery and The Afterlife with two new pulsating singles and a music video. "Imminent," featuring Joshua Idehen was previously released only in physical format as an exclusive RSD Black Friday 12" vinyl, with a DJ Noss remix of the standout track "Super Zodiac" on Side B. Last week, Impulse! Records digitally released the pair of roaring singles and can be streamed here. Released today is the fast-paced, gritty lyric video for "Imminent" directed by the trio's frequent collaborator Jordan Copeland (Tentacle Films Production).

Copeland set out to produce and direct the "Imminent" video as a cosmic collage of performances with Joshua Idehen's profound lyrics layered in. Unable to travel due to Covid restrictions, Jordan Copeland was remarkably able to remotely direct Joshua Idehen's incendiary performance in Sweden from his studio in East London. The result is a vibrant, gritty, lyric video that perfectly matches the blistering intensity of the track.

"Joshua ignites a firestorm of rage and contemplation, hope and despair, clearing a space for truth to reveal itself in the midst of the party," raves the trio. In 2016, The Comet is Coming had asked Joshua Idehen to join the group in a commission project for an East London festival, and performed the beat to him. Reminiscing, Joshua Idehen claims he "didn't really think about it, I just started rhyming along, and when the second part came in, I was so worked up I started performing my poem "Black Says." He had written the chorus ages ago (and released it in 2014 with LV on Islands) after witnessing an incident surrounded by police lines. Regarding the victim, he recalls "a lady saying "his time is imminent," and my dumb brain didn't let me forget it."