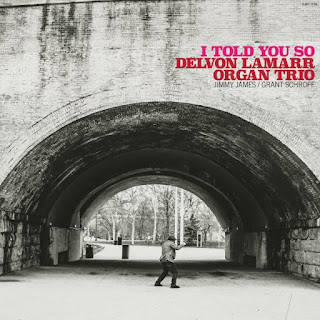 Delvon Lamarr Organ Trio - I Told You So

Deeply funky work from one of the hippest Hammond organ combos around – just a trio, but one that's able to pack the punch of so many much larger groups! Delvon Lamarr took all the right lessons from Hammond heroes of the past – not that he's copying anyone's style, because he isn't – but he really knows the right way to make the instrument move between rhythm and melody, solo and groove – as he works here in ultra-tight formation with funky drummer Grant Schroff and guitarist Jimmy James! James gets in a few great licks of his own – and like Delvon, really knows how to move between staying on the rhythm, and getting loose – which makes for a wonderful album, through, filled with stone cold originals that include "Hole In One", "Call Your Mom", "Girly Face", "From The Streets", "I Don't Know", "Fo Sho", and "Aces". ~ Dusty Groove 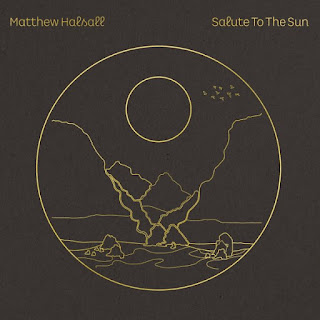 Matthew Halsall - Salute To The Sun

A gem of a record from trumpeter Matthew Halsall – one of our favorite jazz musicians of the past 20 years, and an artist who just seems to be growing and growing with each new release! This set picks up on the organic, meditative quality of some of Halsall's recent records – but it also has a bit more bite, and is maybe almost a return to the roots of his earliest records on the Gondwana label – those classics that first made us fall in love with his music over a decade ago, and which made Matthew a real front-runner of the current global spiritual jazz underground! The set's got this very rich presentation – as the leader's work on trumpet is mixed with harp from Maddie Herbert, flute and tenor from Matt Cliffe, piano and kalimba from Livin Gheorghe, and great use of percussion, bass, and drums – all on long tracks that build with the best sort of post-Coltrane energy – titles that include "Joyful Spirits Of The Universe", "Mindfulness Meditations", "Tropical Landscapes", "Harmony With Nature", and "The Energy Of Life".  ~ Dusty Groove 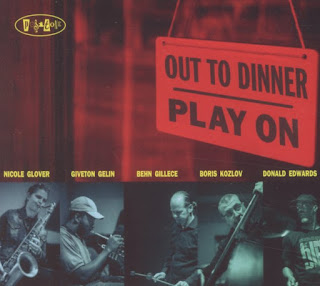 Out To Dinner (Michael Dease, Behn Gillece, & Others) - Play On

Great work from Out To Dinner – an all-star group who certainly weren't out to lunch when this set was recorded – as it's got all the sharp crackle of some of the members' other work on the Posi-Tone label! The lineup is a bit different than the previous record, but every bit as wonderful – theses bold colors from the vibes of Behn Gillece, soulful flow from the tenor of Nicole Glover, well-punctuated trumpet from Giveton Gelin, round bass from Boris Kozlov, and sharply snapping drums from Donald Edwards – joined by the alto sax of Patrick Cornelius on three of the album's thirteen tracks. Tunes are all relatively short – between four and six minutes – but are mostly originals from group members, and really pack a lot of imagination into a short space. Titles include "Asami's Playland", "Random", "The Essential Passion", "Abe Duct", "Something From Nothing", "Rebecca's Dance", and "Into The Shadows". ~ Dusty Groove