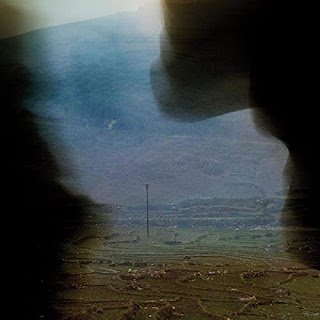 Written in January of 2019 during a song-a-day exercise, the instrumental pieces on Three Rivers produce a captivating calmness with shadowy undertones, melodically tending towards introspection. Guitar is at the forefront supported by piano and synth, strings, and sparse percussion. Elements of film music, pastoral jazz, and Americana create a meditative mood which is enhanced by the underlying pulse of each song. This is music that rewards patient, active listening.

As part of the songwriting exercise that produced Three Rivers, Dugré churned out a new piece of music each day. The purpose was to build a routine of writing and creativity. The only rule was to submit something daily — an improvisation, loose sketch, or fully orchestrated piece. Everything counts.

The benefit of this deliberately fast pace is that it leaves little time for second-guessing. By forcing you to commit to an idea quickly, this method eliminates overthinking and presents a more honest depiction of the original thought. This is also the challenge — at the end of the day, you must live with your output, and allow yourself to be vulnerable as your colleagues listen to your work.

Using a barely functioning laptop and one microphone, Dugré embraced the limitations of this process. “My usual approach to writing is to methodically work out a solo guitar arrangement; melody, harmony, and bass all intertwined and performed simultaneously,” he says. “It takes a week or so to get it right.” This time, he started with a rhythm part on guitar or piano, and then added melody after. For many of the pieces he imagined someone singing the melody, and tried to get close to creating that with slide guitar, piano, or synth.

Dugré came away with a batch of new song ideas and spent the following months finishing the arrangements at his home studio. These songs were then re-recorded in October 2019 in Brooklyn at Trout Recording with engineer Adam Sachs. Three Rivers features string arrangements from Ian Mcllelan Davis (Relatives), and contributions from Brett Lanier (The Barr Brothers), Sean Mullins (Wilder Maker), Adam Dotson (Slavic Soul Party), and Will Graefe (Okkervil River, Star Rover), who co-wrote Shining. The album was mixed by Leo Abrahams (Brian Eno, Sam Amidon).

Ryan Dugré is a New York based multi-instrumentalist and composer from Holyoke, MA. Since graduating from New England Conservatory in 2007 he has been an active freelancer, having performed and/or recorded with Rubblebucket, Joan Wasser, Eleanor Friedberger, Cass Mccombs, Landlady, Jesse Harris, Ran Blake, and many others. Ryan has performed internationally at festivals including Le Festival d’été de Québec, Bonnaroo, Haldern Pop Fest, as well as NPR's Tiny Desk Concert series and BBC 6 Radio with Marc Riley. He has been a featured guest artist at the Afghanistan National Institute of Music in Kabul, Afghanistan, and Eliot Fisk's Boston GuitarFest at New England Conservatory of Music. Three Rivers, out on 11A records, marks his third solo release. His second record The Humors, mixed by Sam Owens (Sam Evian), was named best album of the month in March 2019 by Paste Magazine.