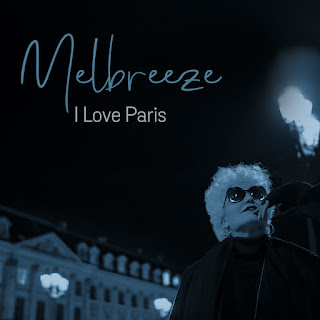 Turkish vocalist and visionary MelBreeze’s album titled “I Love Paris” is a beautiful modern album featuring many talented artists. Produced, Recorded, Mixed, and Mastered by Scott Kinsey c/o Wishbone Studio and Kinesthetic Music. Now, after years of collaborating with Scott Kinsey, they’re debuting her first co- produced album, I Love Paris. The songs are born out of countless jam sessions where they riffed off each other, creating a fertile improvisational foundation. The album, chalked full of standards interpreted in untraditional ways, is a delight to discover. Whether it’s a Turkish children’s game song making an appearance in “Sentimental Journey.” Or improvised spoken word, creating a moment of storytelling in the middle of “I Love Paris.” Each song is a titillating reinterpretation of songs you know and love. Explore the journey of I Love Paris, and you, too, will fall in love with the odyssey. 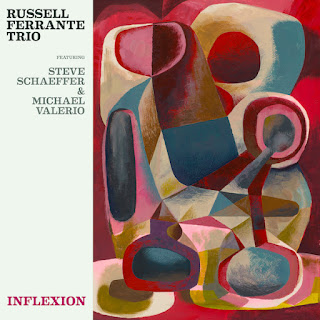 Russell Ferrante (YellowJackets) releases a beautiful jazz trio album titled, "Inflexion​". Featuring the beautiful interplay from Russell Ferrante (piano), Michael Valerio (bass), and Steve Schaeffer (drums). "Inflexion or inflection comes from the Latin root inflexionem meaning to bend in, to change direction. This music is indeed very personal and intimate and one could say it bends in. It is rooted in friendship, mutual respect, and the numerous points of connection we’ve shared over decades. I met Steve Schaeffer shortly after moving to Los Angeles in 1977 through our mutual friend, guitarist, Robben Ford. I met Michael Valerio years later when we began collaborating and recording with vocalist, Lorraine Feather. We all met Aaron ten years ago after Steve built a home recording studio and was searching for an audio engineer and some musicians to kick the tires. I didn’t have a home studio but I did have a few tunes that needed their tires kicked. As we worked on the music it became clear that Steve, Michael, and Aaron were perfect collaborators. Their generosity, sensitivity, commitment, and talent is what made this recording possible. It has been an exhilarating, sometimes humbling, but always rewarding experience to shape this music together. Thank you for bending in with us." ~ Russell Ferrante 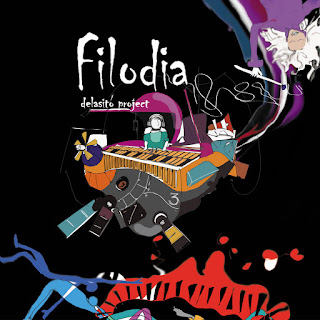 Inspired by the distinctive, atmospheric sound of the vibraphone, the Delasito Project band has developed a vibrant repertoire of original, multi-dimensional compositions influenced by the jazz / funk scene, as well as classical music, free improvisation and ethnic music. The band has appeared in important jazz and alternative contemporary music festivals, managing to deeply move the audience with its fascinating soundscapes. In June 2020 the band released its debut album. Titled Filodia - A musical journey to jazzality, this album is a journey to the contemporary jazz world, as seen and conceived by vibraphonist and composer Christos Sitokonstantinou. Filodia's sounds are harmonic, rhythmic, dreamy, improvisational, enchanting, subversive, liberating, redeeming. There are moments in the album that the listener might feel the urge to sway his/her body to the rhythm of the music, whereas in some other moments the music becomes overtly playful. Filodia has received quite complimentary reviews as a concise 8-track body of work, while at the same time some of its tracks seem to particularly stand out to critics. According to the Más Jazz magazine, Filodia is a vibrant amalgam, with elements of phantasmagoric art and with advancing, ambient sound, while the track "Naida" is according to 45rpm amazing, epic and reveals a mystique. Contemporary Fusion Reviews refers to Filodia as "unique, engaging and enchanting", commenting that "Naida" is mighty mellow, "Subway" is eerie, bringing to life stimulating imagery, and "Made in Chapan" will carry the listener through many different, high pleasing moods. Filodia has gained significant airplay in the UK, Greece, France, Germany, Italy, Spain, Poland, Sweden, Canada and the USA.