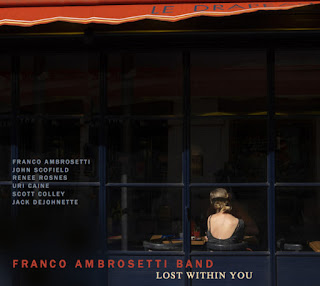 Franco Ambrosetti - Lost Within You

At 79, Franco Ambrosetti is easily the most elegant man in the room. Poised, refined, charming, conversant in five languages - one being the language of jazz - he is the very embodiment of 'suave.' A man of means who carries himself with an abundance of confidence and grace rather than swagger, he also happens to possess a remarkable gift for conveying heartfelt emotion through his horn. And like one of his role models, Miles Davis, the iconic Swiss trumpeter-composer and bandleader is indeed a beautiful singer of songs, as he so capably demonstrates on Lost Within You, his third recording for Unit Records and 25th overall as a leader. 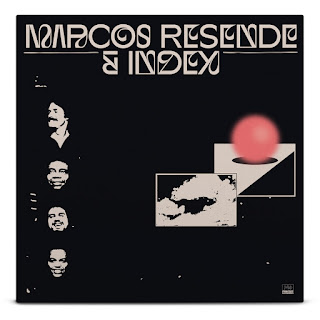 Recorded in 1976 at Sonoviso Studios in Rio, the Brazilian keyboard and synth maestro Marcos Resende and his new group Index, made up of Rubão Sabino, Claudio Caribé and Oberdan Magalhães recorded their debut album for Creed Taylor's famed CTI Records. But the deal with the label fell through, and the album was shelved by Resende who had other priorities working with the likes of Gilberto Gil, Edu Lobo, Gal Costa and Carlos Dafé, as well as making music for TV and film.Thankfully Marcos kept the tapes safe and presented them to Far Out's Joe Davis at his home in Lisbon in 2018, but only after 25 years of Joe pleading to hear them. Since then Marcos worked closely with Far Out towards restoring these recordings over the last two years, but tragically passed away after a battle with stomach cancer on 12th November 2020 at the age of 73, only a matter of weeks before the album was due to be unveiled to the world. With the blessing of the Resende family who wish to honour his memory by ensuring these historic recordings see the light of day, Marcos Resende & Index is out today, 44 years since it was originally recorded, on vinyl, CD and digital formats. 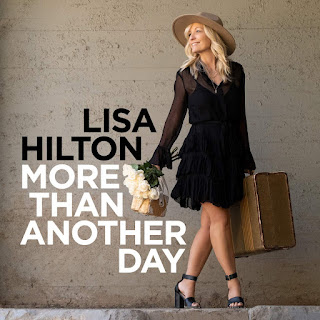 Lisa Hilton - More Than Another Day

"Impressions of color and depth.” JazzWeekly. For her latest jazz release, pianist, composer and producer Lisa Hilton teams up with long-standing band mates Luques Curtis/bass, and Rudy Royston/drums, on More Than Another Day. Hilton delivers creatively on nine new originals and a Cole Porter cover, recorded with stellar additional from her trio mates. Hilton and company are upbeat and engaging - this is music for today, for this year, and of course, for More Than Another Day.