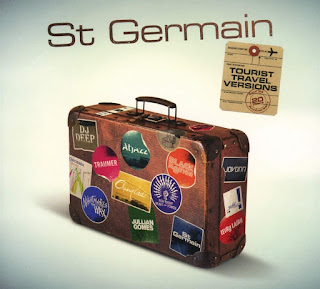 To celebrate the 20th Anniversary of his TOURIST album, Ludovic Navarre aka St Germain has invited UK, South Africa, USA, Reunion Island and France producers, DJs and remixers with various musical inspirations, from Deep House to Afro House and Chicago House ... He declares : " I would like to thank all the people I asked to travel through their favorite "Tourist' album track. Some of them worked on my last Africa-inspired album in 2015, like my dear friend AtJazz, who helped me a lot on this new project, and also Terry Laird Dj Deep and Traumer. I don't have to introduce highly respected newcomers such as Nightmares on Wax , JoVonn, Ron Trent, Black Motion, Osunlade and Jullian Gomes. I truly enjoy their passion for music, their personality and musical integrity. I know they've got soul ! "

10. What You Think About (Traumer Re-jammed Remix)

This journey began on September 4th, 2020 in England with the Deep House version of ROSE ROUGE by English producer Martin Iveson aka ATJAZZ. Then on October 16, Destination South Africa with Dj Murdah and Thabo Smol who form the Afro House duo BLACK MOTION with their version of the flagship song SURE THING.