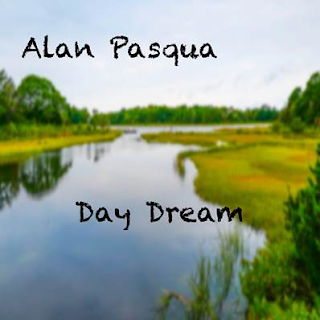 Alan Pasqua is a piano legend. He’s performed and recorded with many of the top names in both jazz and pop. He was a member of The New Tony Williams Lifetime and appeared on the albums Believe It and Million Dollar Legs. He also performed with Jack DeJohnette, Paul Motian, Dave Holland, Michael Brecker, Randy Becker, Joe Henderson, Stanley Clarke, Gary Burton, James Moody, Gary Peacock, Gary Bartz, Reggie Workman, The Thad Jones/Mel Lewis Jazz Orchestra, Sheila Jordan, and Joe Williams, to name just a few.

In the pop world, Pasqua recorded two albums with Dylan (Bob Dylan at Budokan and Street-Legal), performed with John Fogerty on the album Eye of the Zombie, with Starship on the album No Protection, and with Allan Holdsworth on the album Sand. He was also the keyboardist for Carlos Santana on his albums Marathon, Zebop! and Havana Moon.

Pasqua has also been the leader or co-leader on many critically acclaimed jazz recordings. In 2008, Pasqua joined forces with Peter Erskine and Dave Carpenter, arranging, co-producing and playing on the Grammy-nominated trio album Standards. His recent releases are Twin Bill, which features Pasqua playing the music of Bill Evans on two pianos, and Northern Lights, which features Pasqua’s original compositions, exploring his roots in the classical, pop and jazz idioms. 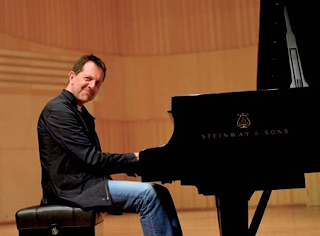 Soliloquy, his newest project, was recorded in Pasqua’s Santa Monica studio on his Hamburg Steinway concert grand piano. The sound is exquisite and the performance invites the listener to an intimate personal journey. Included are nine of his favorite standards and one cover of a Bob Dylan song.

Day Dream is my latest solo piano recording. It is a mix of some of my favorite standard songs as well as a few hidden gems. All of the songs that I have chosen have incredible melodies as well as harmonic depth. The performances are really a snapshot in time of my interpretation of the song. The recording is very intimate in sound, recorded on my Hamburg Steinway concert grand piano in my Los Angeles studio. I try and be as transparent as possible when realizing these songs. My sole mission is to honor the composer and work.  I hope that you enjoy Day Dream.