The True Loves Chase Down the Golden Hour in "Sunday Afternoon" 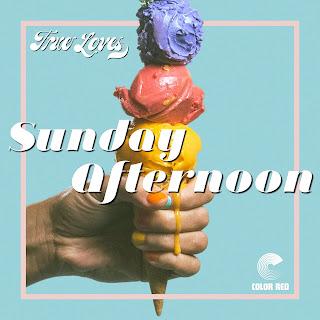 The True Loves have released “Sunday Afternoon,” the lead single off of the album eponymously titled after the single out in March 2021. In addition, the track kicks off their partnership with Color Red, the music discovery platform founded by Eddie Roberts of The New Mastersounds that will be releasing the record on their platform.

“Sunday Afternoon” is a sweet, horn-laden tune that summons the golden hour. As one of the premiere funk and soul outfits of The Pacific Northwest, the band’s well-honed brand of instrumental soul shines as they craft a soundtrack for winding down on the weekend and getting back to the hustle and grind of the week ahead. The massive horn section features Jason Cressey on trombone, Greg Kramer on trombone, Gordon Brown on tenor sax, and Skerik on baritone sax. The hard-hitting rhythm section is comprised of Jimmy James, Bryant Moore on bass, David McGraw on drums, and Iván Galvaz on percussion. Members of The True Loves have performed with artists such as Macklemore, Odesza, the Paper Boys, Allen Stone, Mike Clark, Garage a Trois, The Dip, Theoretics, Durand Jones & the Indications, Kelly Finnigan, Polyrhythmics, Monophonics, Delvon Lamarr Organ Trio and more, accolades that highlight their individual prestige in addition to the powerhouse ensemble they form when their forces are combined.

As depicted through the imagery of a multi-colored triple scoop ice cream cone, “Sunday Afternoon” is just as decadent in harmonies and brilliant in a melodic color palette to go hand-in-hand with the audio-visual experience the Color Red platform creates. Color Red has established relationships with other living legends on the Seattle funk and soul circuit including Polyrhythmics, The Pulsations, West Seattle Soul, and more and welcome the addition of the tight-knit soulful entourage of The True Loves into their musical family.

The band formed out of a jam session in 2014 between three of the city’s most sought after rhythm section players of James, Moore, and DeGraw that later blossomed into a global force with the expansion of the star-studded horn section. Even before their first release, they appeared at Sasquatch and Doe Bay festivals with their prior vocalist Grace Love, who has become a standout voice coming out of the Seattle Music scene. The group released their debut instrumental LP Famous Last Words in 2017. In 2018, the group released the  “Dapper Derp/Kabuki” 45 on WeCoast Records and followed it up by the “Famous Last Words/Mary Pop Poppins” 45 on Colemine Records in 2019. Sunday Afternoon will be the band’s second full-length LP effort that will fit seamlessly into the Color Red catalog alongside other acts on the Eddie Roberts imprint that include The New Mastersounds, WRD (Robert Walter, Eddie Roberts, Adam Deitch), Polyrhythmics, and more.

Prior to the pandemic, the group was slated to perform High Sierra Music Festival, North Sea Jazz Festival, and Doe Bay Fest. Those plays have been rescheduled for 2021 and the group will be announcing rescheduled performances in the coming months.

The group’s live performances have garnered them much local acclaim and millions of streams on YouTube, especially adapting to present times.