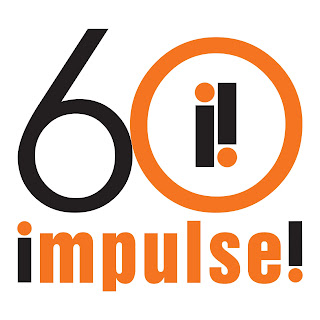 For 60 years, the legendary Impulse! Records has been home to the greatest jazz artists of all time, including John Coltrane, Charles Mingus, Archie Shepp, Alice Coltrane, Pharoah Sanders, Quincy Jones, and more. The orange-and-black imprint known as the House That Trane Built was a cultural beacon of progressivism, spiritualism, and activism throughout the 1960s and 1970s. Today, the label thrives with a new vanguard of jazz artists including Shabaka Hutchings, Sons of Kemet, The Comet Is Coming, Brandee Younger, Ted Poor and more.

Jamie Krents, EVP of Verve and Impulse! says, "Impulse! Records has an important and enduring legacy that we are proud to celebrate during this anniversary year. We are thrilled to unveil new music, visual content, merchandise, partnerships and more. The famous orange label has been the musical home to progressive artists that pushed the boundaries of music, thought, and culture. Impulse! continues this legacy with a commitment to our history, and our future with artists like Shabaka and Brandee, who both carry the torch and blaze new trails. We are proud to share the story of this remarkable label with the world in this, its 60th year."

"Over the last 60 years, Impulse! Records has released some of the most important and influential jazz albums of all time and UMe remains honored to continue to help expand the legacy of this exceptional catalog," said Bruce Resnikoff, President & CEO of UMe. "We're thrilled to celebrate six decades of this iconic and truly American label by shining a light all year long on the profound way that Impulse! and its many incredible artists have forever impacted music and culture."

Today marks the pre-order for Impulse Records: Music, Message & The Moment, a 4-LP museum drop-front box set that tells the story of the political, social and spiritual facets of the artists and music of Impulse! Records. Impulse! was at its prolific height throughout the 1960s, a decade marked by political protest, racial unrest, social revolution, dismantling institutions – not unlike our current times. Jazz was an integral part of exploring Black identity and pushing cultural and political boundaries and conversations, as outlined in the box set essays by poet and critic A.B. Spellman and critic Greg Tate, both of whom offer vital perspective on the importance of this label, the artists and music that flowed through it, and the cultural backdrop. Watch an unboxing video of the set here.

The set features a curation of music that speaks to the political, social and spiritual elements that were swirling in the music during this time. Conversations about civil rights were echoed in records such as John Coltrane's Alabama, Archie Shepp's Attica Blues, John and Alice Coltrane's Reverend King, Charlie Haden and the Liberation Orchestra's We Shall Overcome, and Oliver Nelson's The Rights Of All. Spirituality, transcendentalism, and Afrofuturism offered a higher plane of existence and identity through the music of Albert Ayler, Pharoah Sanders, John Coltrane and Alice Coltrane. The historical importance of social music too is reflected in the works of Quincy Jones, John Handy and more.

This summer, Impulse! Records will release a true rarity, Turiya Sings, by Alice Coltrane. Turiya Sings is a record of devotional chants recorded in the early 1980s at her ashram – the only place it was ever available. It is Alice Coltrane at peak spirituality and features her playing organ and chanting.

A version of this music was released on cassette in 1982, with synth and strings added, but never released after. For the first time ever, Turiya Sings will be released in its purest form – just organ and voice –as Alice's son and reissue producer Ravi Coltrane has long wanted to do. Turiya Sings (Deluxe Edition) will feature both versions of this spiritual recording – both remixed, remastered and released for the first time digitally and physically on CD and LP.

The acclaimed audiophile vinyl reissues series, Acoustic Sounds, (Verve/UMe) will celebrate Impulse! all year long with high-end, audiophile grade pressings of integral records from the label's vaunted catalog, starting with Ray Charles' Genius + Soul = Jazz, which was one of the orange label's first four commercial releases in 1961. Pre-order Genius + Soul = Jazz here. Gil Evans' Out of the Cool (pre-order here), Oliver Nelson's The Blues And The Abstract Truth, Sonny Rollins' On Impulse! and many more are set for release throughout the year. Utilizing the skills of the top mastering engineers and the unsurpassed production craft of Quality Record Pressings, all titles will be mastered from the original master tapes, pressed on 180-gram vinyl and packaged by Stoughton Printing Co.in high-quality tip-on gatefold jackets. Like all Acoustic Sounds LPs, the releases will be supervised by Chad Kassem, CEO of Acoustic Sounds, the world's largest source for audiophile recordings.

Additionally, keep an eye out for frontline releases from Sons of Kemet (Spring 2021), Brandee Younger (Summer 2021), and Pino Palladino and Blake Mills (March 2021).

Visit impulserecords.com for more information on Impulse! 60 and to keep up to date with new releases, curated playlists, videos, clothing/branded merchandise and more.