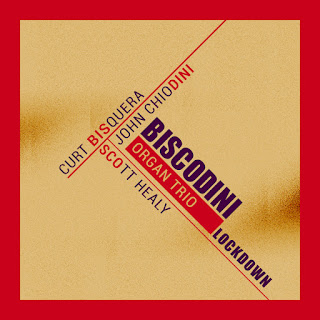 Ten grooving and “radio friendly” jazz, RnB, soul and rock tracks from Los Angeles supergroup Biscodini Organ Trio. The Hammond B3-guitar-drums format is among the most durable combo configurations in the music. But its elasticity was perhaps never tested as greatly as on the Biscodini Organ Trio’s remarkable new release Lockdown, which was recorded and co-produced remotely during the nationwide pandemic quarantine of 2020 by three gifted, versatile Los Angeles-based musicians. –Chris Morris // I’m not one to ever toot my own horn, but I’ll toot it for this band. This band is killing, and it stands up to anything that’s out there in this genre. –Anonymous Biscodini Band Member 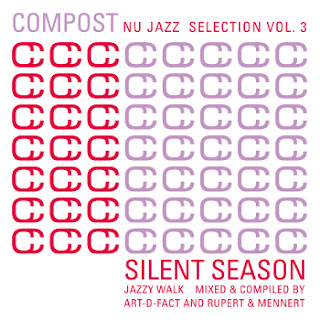 After releasing the well-received Compost Nu Jazz Selection Volume 1 (released November 2017) and Volume 2 (released July 2019), Art-D-Fact and Rupert & Mennert again join forces. The third Compost Nu Jazz Selection probably is the most diverse one so far. The track selection process was a pleasant ride through a lot of groundbreaking releases between 1999 and 2004. Selection #3 also contains some memorable tracks which were only released on vinyl by Compost Records, for example the wonderful Grand Unified VIP Mix of Joseph Malik's 'I Don't Want' and Steppah Huntah's energetic broken-beats creation 'Walk This Step'. The continuous mix of Compost Nu Jazz Selection Vol. 3 kicks of with the powerful multi-tempo remix by Quantic (Tru Thoughts label) for Kyoto Jazz Massive's 'The Brightness Of These Days'. With 'Corso' and 'Catalpa' Beanfield features with some true percussion-rich listening pearls. Both tracks were part of the classic 'Human Patterns' longplayer, released back in 1999. 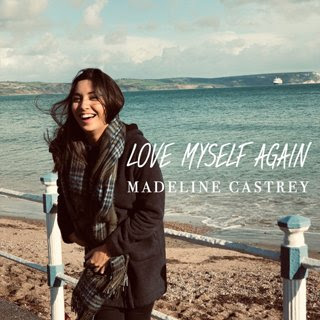 Madeline Castrey - Love Myself Again
The idea for 'Love Myself Again' came whilst walking through the busy streets of London. In that moment I wished for everyone to feel unique and empowered; and that's what I hope this song achieves. It's about wanting to be appreciated at face value without having to change. After the year we've all been through, we all deserve this kind of empowerment, and I hope that this song inspires confidence and self- respect so that we can "love ourselves again!" ~ Madeline Castrey // Singer-songwriter Madeline Castrey is aiming to bring a new groove to modern jazz and soft pop. She started out as a classical musician and has a strong background in operatic and West End productions appearing in several shows across London and in various television productions. After deciding on a shift in style, she started to compose and perform my own music and have released 4 singles to date. Her new single ‘Love Myself Again’ (produced by The Animal Farm Music in London) combines velvety vocals with a jazzy groove and relatable lyrics in the hope of chasing away the winter blues to feel empowered.