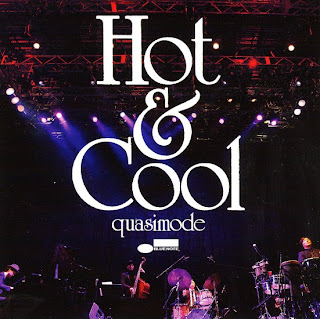 Stunning work from Quasimode – and a great reminder that, even in the 21st Century, a combo can still cook strongly with just acoustic instruments! These guys come across like some lost soul jazz group from the 60s – the kind of outfit that worked endlessly in clubs, and found a way to effortlessly build together jazz expression, soulful rhythms, and a tightness that still never sounds slick or forced at all. Imagine the Ramsey Lewis Trio or Quartette Tres Bien with horns, and you get part of the picture – or maybe some of Bobby Timmons' best groovers of the mid 60s – as the group's core approach with percussion, drums, piano, and bass gets augmented by just the right amount of tenor and trumpet for the set. The performance is a live one – and titles include "Overjoyed", "Jeannine", "The Man From Nagpur", "Ant Soldier", "All Is One", and "Seven Colors".  ~ Dusty Groove 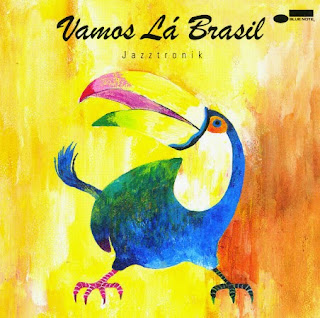 Jazztronik on Blue Note – and with a bold new sound as well – one that's even more Brazilian based than on previous records! Jazztronik's always had an ear for Brazilian sounds and styles – which are then integrated into their own music – but this time around, the approach is a lot more organic, and almost more respectful of the older modes of the 60s and 70s – particularly the best jazzy styles of the latter decade! Acoustic instrumentation rings out strongly on most numbers – especially percussion and guitar – and the album carries echoes of older work by artists like Joyce, Elis Regina, and Edu Lobo – and features singers who include Robert Gallagher, Nina Miranda, and Adriana Vasques! Titles include "Samba De Flora", "Aquelas Coisas Todos", "Aguas De Marco", "Jazz Carnival", "Menina Ilza", and "Upa Neguinho". (SHMCD pressing.)  ~ Dusty Groove 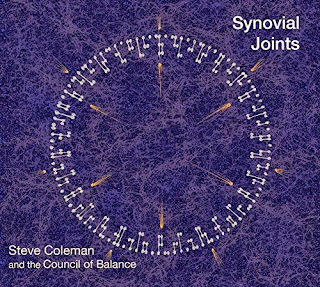 STEVE COLEMAN AND THE COUNCIL OF BALANCE - SYNOVIAL JOINTS

Synovial Joints is the most ambitious project of Coleman s 30+ year career, featuring 21 musicians from the jazz, Afro-Cuban, Afro-Brazilian and contemporary classical circles on horns, woodwinds, piano, vocals, percussion and strings. The music is based on the physiological processes, functions and rhythms of the human body, in particular the musculoskeletal system. Coleman also explores an orchestration technique inspired by sounds that he recorded in the Amazon Rainforest, in which instrumental colors move gradually from foreground to background, much as the variety of layered sounds reveal themselves in the rainforest. Recently hailed as 'one of the most influential figures in the last half-century of improvised music' by the New York Times. In The Wall Street Journal, pianist Vijay Iyer said 'It s hard to overstate Steve s influence... as much as anyone since John Coltrane...' ~ Amazon