NEW RELEASES: ACOUSTIC BLUES: THE ROOTS OF IT ALL - THE DEFINITIVE COLLECTION! VOL 3; SOUL JAZZ RECORDS PRESENTS DOWN BEAT SPECIAL; SKA FROM THE VAULTS OF WIRL RECORDS 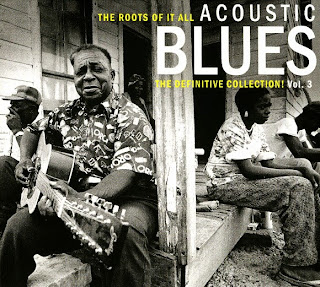 ACOUSTIC BLUES: THE ROOTS OF IT ALL - THE DEFINITIVE COLLECTION! VOL 3 (VARIOUS ARTISTS)

A stunning selection of acoustic blues – a series of well-done, deep-detailed CDs put together by the folks at Bear Family – who always give way more than 100% when it comes to this sort of project! The package comes with 2CDs and a super-heavy booklet that's filled with notes on the music, and song-by-song details – and this final volume traces the continuing revival of acoustic blues – something nobody would have guessed back in the postwar years – with work from the 80s, 90s, and more recent years too! 40 titles in all – with tracks by Guy Davis, Paul Rishell, Etta Baker, Jo Ann Kelly, Guitar Slim, Albert Macon, James Son Thomas, Henry Townsend, Blind Jim Brewer, Ted Bogan, John Hammond, Robert Lockwood Jr, Paul Geremia, Homesick James, Jimmie Lee Robinson, and many others. ~ Dusty Groove 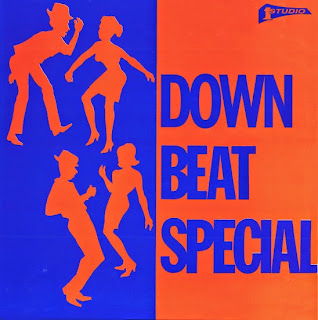 Limited Edition Studio One 7inch Box (5 x 7 inch box set) (2015 Record Store Day Release).Gritty groovers from the legendary Studio One Records – a special, limited box set that brings together a host of great 45s for the label – all in a sweet little package! All tracks have a nice added punch in this 45 format – and titles include "No No No" by Dawn Penn, "Feel Like Jumping" by Marcia Griffiths, "Armagideon Time" by Willie Williams, "Hooligan Dub" by Dub Specialist, "Nice Up The Dance" by Michigan & Smiley, "Simmer Down" by The Wailers, "Ten To One" by The Mad Lads, and "Queen Of The Minstrels" by The Eternals.  ~ Dusty Groove 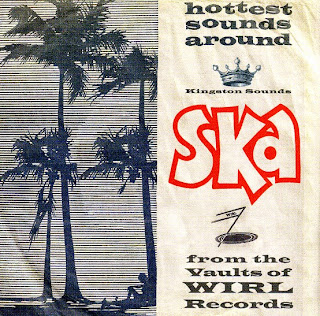 SKA FROM THE VAULTS OF WIRL RECORDS (VARIOUS ARTISTS)

Early ska material from a time when the genre was still really coming into its own – still unique, still soulful, and still free from so many of the cliches that would mar the style in later years! The music here is primal Jamaican ska – that first great step forward on the Kingston scene, after years of absorbing influences from American soul and R&B – as Jamaican musicians really found their own groove, and a way of mixing in some wonderfully jazzy instrumentation as well! Most cuts are instrumental – and sparkle from the contributions of Roland Alphonso and Tommy McCook on tenor, John Dizzy Moore on trumpet, Don Drummond on trombone, and Lester Sterling on alto – and the rhythms bubble up brilliantly from the bottom, with tight piano from Jackie Mittoo and guitar from Jerome Hines. Titles include "Chinatown", "The Reburial", "Live Wire", and "A Shot In The Dark" by The Skatalites – plus "VC 10" and "Determination" by Roland Alphonso, "Love In The Afternoon" by Don Drummond, and "South China Sea" by Johnny Moore. ~ Dusty Groove