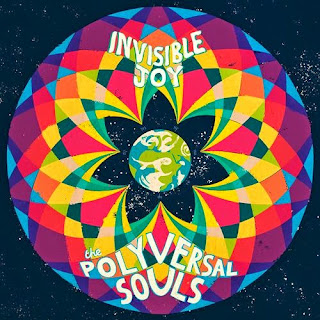 Max Whitefield (née Weissenfeldt) may have taken his drums across the world, but he’s never lost sight of his first love, the starting point of a carrier that lead to phenomenal collaborations (take Dr. John and Lana Del Rey’s recent albums, produced by Max’s uber-fan, the Black Keys’ Dan Auerbach). That passion has propelled albums as varied as Poets of Rhythm’s Discern/Define and Whitefield Brothers Earthology. It comes as a pulse: the raw, funky beat Max first heard on old 45s he and his compatriots traded and treasured in the early 90s, well before most anyone cared for the obscure wax they hoarded. Mind you – this was in his parents’ basement in Munich, Germany (though a fortuitous bus trip through the USA’s Eastern Seaboard had given him a head start in funky comeuppance).

Late ’60s funk and soul was the inspiration for Max’s and his brother Jan’s first band, the Poets of Rhythm. Barely teenagers, the brothers kickstarted a movement: without them, Sharon Jones and the Dap Kings, Aloe Blacc and Mayer Hawthorne – to name their most recent converts – would not be the internationally recognized names they are.
In the early ’00s, Max and the Poets of Rhythm issued Discern/Define, which indicated a marked growth, and a sophisticated approach to funk music, meshed with Krautrock’s untempered experimentalism, and, as the Whitefield Brothers with his brother Jan, the album In The Raw, an Afro-psychedelic trip grounded by funk’s principles. Though the Poets of Rhythm would never record again, The Whitefield Brothers issued Earthology, the pinnacle of their worldly, musical explorations and then spun apart – Jan to Karl Hector and the Malcouns, and Max to his Philophon imprint, Auerbach and the Polyversal Souls.

During the mid to late ’00s, Max was in deep study: after spending five years with Krautrock legends and “world music” pioneers Embryo on a 500 concert European and African bus tour, he visited South East Asia, where he studied classical Burmese Saing Waing music. This trip was followed by a time in London, living and playing with fellow Now-Again artists the Heliocentrics. He studied with former Sun Ra Arkestra members in the USA before, in 2010, taking his first trip to Ghana, the deciding point to create the Philophon label. And to record all the music for his Ghanaian counterparts, Max formed a new Berlin-based band, The Polyversal Souls. The city’s vital music scene gave him the chance to bring together excellent musicians with a common passion and interest for sounds from all around the world. And now, Polyversal Souls’ debut album Invisible Joy – a manifest of what Max calls “21st century soul power.”