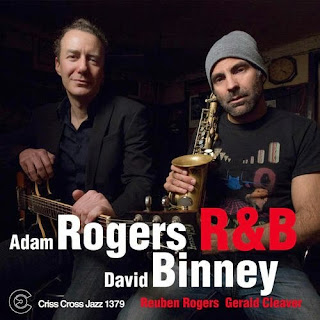 From his many Criss Cross dates as a leader to his extraordinary sideman work with Chris Potter, the late Michael Brecker and many more, Adam Rogers continues to blaze a path as one of jazz's most compelling guitarists. His longtime associate David Binney, alto saxophone great and an influential composer and producer, has also distinguished himself with numerous innovative sessions for Criss Cross and others. On R & B, Rogers and Binney unite to co-lead a lean and hard-swinging quartet with bassist Reuben Rogers (no relation) and drummer Gerald Cleaver. In a departure from their usual focus on original material, Rogers and Binney aim straight for bebop, ballads and classics by Thelonious Monk, Freddie Hubbard and Wayne Shorter, among others. ~ Amazon 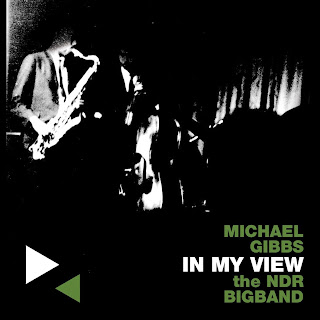 MICHAEL GIBBS & THE NDR BIGBAND – IN MY VIEW

Gibbs' relationship with the NDR Bigband stretches back for 40 years and IN MY VIEW represents a 'typical' pairing of these two huge talents, with the track list evenly divided between Gibbs originals and wildly creative recastings of other composer's works.Since his debut release in 1970, and throughout a number of significant releases under his name and collaborations with major artists such as Joni Mitchell, Peter Gabriel, Jaco Pastorious and John McLaughlin, Gibbs has honed a subtle and highly personal approach to arranging that often avoids layering sections.Favoring sinuous lines and lapidary textures, his pieces often draw a listener in with a shapely melodic phrase before revealing unexpected implications with a rhythmic motif or counter melody. ~ Amazon 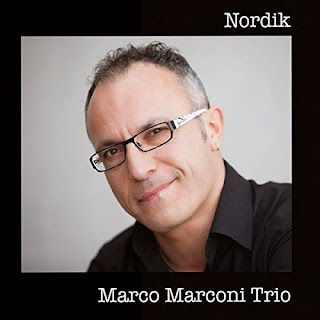 
Italian born Marco Marconi is just simply one of the most amazing pianists in Europe. Classically trained he has developed into a sensational jazz pianist and has appeared at festivals ranging from Umbria to Cheltenham. This album was recorded by ECM stalwart Stfano Amerio at the Artesuono Studio in Italy. The trio features bassist Andrea di Biase and the drummer, well known to UK audiences, Enzo Zirilli. Includes: Too High Don't Try, Nordik, I Mean You, U.K. Journey, Blizzard, Take Five, Photos In Regent's Park,’sunside, I Got It Bad, Pecan Girl, Better With You, and Maple Leaf Rag. ~ Amazon