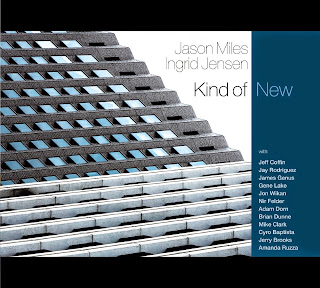 Keyboardist and composer Jason Miles has teamed up with trumpeter Ingrid Jenson on the new CD – Kind Of New. Inspired by Miles Davis' Cellar Door sessions, ""Kind Of New"" creates a new vibe mixing electric and acoustic, percussion with electric grooves, and drums with electronic percussion. Six new studio tracks and four live tracks see Miles and Jensen joined by such eminent players as Jay Rodriguez, James Genus, Jeff Coffin, Adam Dorn, Amanda Ruzza, Steve Wolf, Jon Wikan, Nir Felder, Cyro Baptista, Mike Clark and Jerry Brooks. Ingrid Jensen has been hailed as one of the most gifted trumpeters of her generation. She has released three highly acclaimed CDs for the ENJA record label, soon becoming one of the most in-demand players on the global jazz scene. Miles is a Grammy-recognized producer and keyboardist, whose credits also include work with Luther Vandross, Roberta Flack, Chaka Khan and Sting, among many others.  Tracks include: The Faction of Cool, Super City, Shirley, Film Noir Interlude, Ferrari, Seeing Through the Rain, Close to the Action, Kat’s Eye, Street Vibe, Twilight Interlude, Sanctuary, and Jean Pierre. 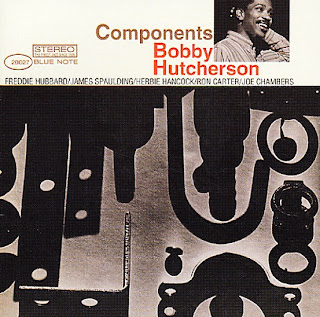 An essential Blue Note album by the great vibist Bobby Hutcherson, and a record that's split into 2 different sides, each of which display different aspects of Hutcherson's talents. The first four tracks are mellow and lyrical, with the kind of lovely melodic writing that is best illustrated by the cut "Little B's Poem" – included here, and still one of Hutcherson's most enduring works. The next four tracks show Hutcherson more as the accomplished modernist, working with edgey talents like James Spaulding on alto and flute, Freddie Hubbard on trumpet, Herbie Hancock on piano, Ron Carter on bass, and the great Joe Chambers on drums – who also wrote all 4 of the tracks in this segment. The work is a key example of Hutcherson's devotion to the Blue Note "new thing" sound, and titles include "Air", "Juba Dance", and "Pastoral". ~ Dusty Groove 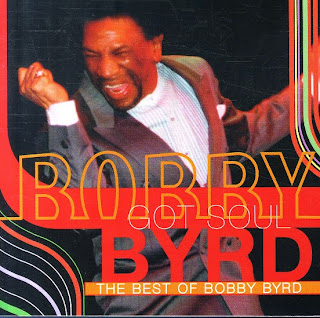 BOBBY BYRD - GOT SOUL: THE BEST OF BOBBY BYRD

Essential material by this funky soul legend – even if you've got his one and only album! This is an excellent compilation of the very hard to find work of this James Brown partner and singer, with a track list of 22 cuts that includes lots of cool rare funky 45 tracks, and a number of previously unreleased tracks! Bobby is excellent throughout, and the set's filled with loads of rare James Brown-produced grooves that includes "I'm Just A Nobody", "Keep On Doin What You're Doin", "We're In Love", "No One Like My Baby", I'm Not To Blame", "I Know You Got Soul", "Funky Soul (parts 1 & 2)", "Baby Baby Baby", "I Need Help", "Never Get Enough", "Hang Ups We Don't Need", "Sayin It And Doin' It Are Two Different Things" – and lots lots more, including a rare PSA urging the listener to "Fight Drug Abuse". ~ Dusty Groove