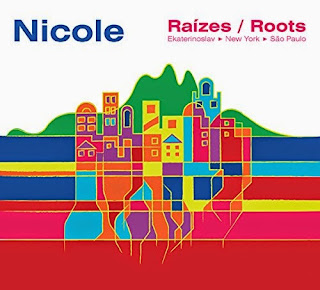 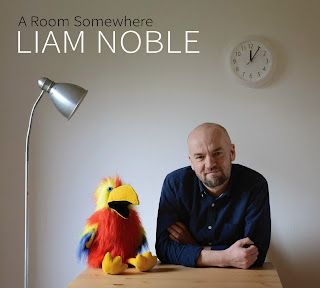 Liam Noble returns with his first solo recording in 20 years. Liam has worked in a vast range of contexts, including as a sideman in award winning projects with Julian Siegel, Christine Tobin and Mark Lockheart and in a transatlantic ensemble with Zhenya Strigalev (which has included Eric Harland, Ambrose Akinmusire, Greg Hutchinson and Larry Grenadier). He has also collaborated in free improvisation projects such as Sleepthief (with Tom Rainey and Ingrid Laubrock), and performed in ensembles with Peter Evans, Mary Halverson, Mat Manieri and Okkyung Lee. It now feels like the right time to strike out alone again. The album features idiosyncratic interpretations of the standard repertoire, contemporary songs, jazz compositions and some original improvisations inspired by the scenario. ~ Amazon 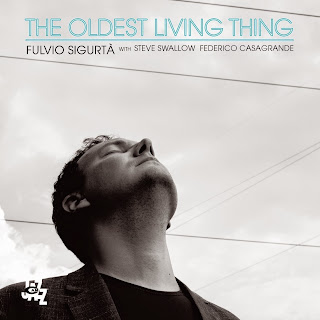 Back from the intriguing experience of 'SPL' (in trio with Andrea Lombardini on bass guitar and Alessandro Paternesi on drums), a modern record with surprising turns, Fulvio Sigurtà is back with a more classically jazz album. Supported by Steve Swallow s stunning bass guitar and Federico Casagrande s refined acoustic guitar, Sigurtà s trumpet and flugelhorn weave soft, enchanting melodies. You may let yourself be lulled by the first song and title track on this album, written by the band leader, and Casagrande s 'Sorrows And Joy of A Lamb'. The two regularly alternate as writers of the nine original tracks on 'The Oldest Living Thing', composed by one or the other in more or less equal measure. The only virtual guest here is Ennio Morricone, who is involved thanks to an appealing reinterpretation of the theme from 'Nuovo Cinema Paradiso'. Although the temperament and uniqueness of Steve Swallow is no surprise, one can rightly be a little amazed by the continuous growth of Sigurtà and Casagrande: the former has mastered a variety of timbres that would make many players envious (the intro to 'Sunday Snow Flakes' is a case in point), while the latter invents sounds and harmonies that perfectly combine with the band leader s ideas ('Travel Back'). Two of the talents among the new generation of Italian jazzmen who are worthy of being listened to most attentively. ~ Amazon