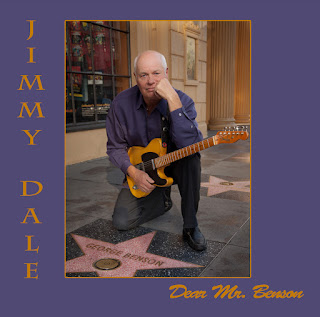 
Jazz guitarist Jimmy Dale is turning heads with his new original single “Dear Mr. Benson”. This week Dale hits SmoothJazz.com’s Radar chart at #61. Right now his single is getting spins on numerous terrestrial and online radio stations such as CJazzChannel.com, KSHK 103.3 in Hawaii, Phase-Radio Show 90.5 FM, Smooth Jazz Florida, SmoothJazz.com, WFSS 91.9 in North Carolina, WOWE 98.9 in Michigan, and WTCC 90.7 in Massachusetts. His musical journey started at the age of 12 when he first learned how to play the guitar. When he first saw the movie A Hard Days Night from The Beatles, he claimed “I was lost in the life of music forever.” Jimmy also attended Berklee College of Music in Boston and UC Santa Cruz. He studied music with guitarists: Ted Greene, Carl Verheyen and Davis Ramey, trumpet/composition with Randy Masters and Tony Horowitz, mathematical composition with Joe Sekon, bass with Ray Drummond, and music arranging with Don Schamber. 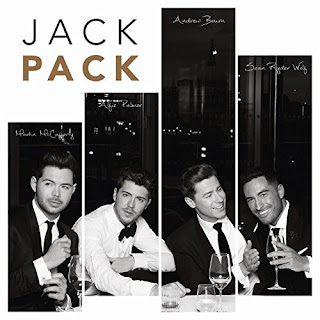 Jack Pack is a uniquely contemporary swing pop group is made up of four distinct vocalists Andrew Bourn, Alfie Palmer, Martin McCafferty and Sean Ryder Wolf, who channel an elegance reminiscent of the last days of true Hollywood glamour with a quintessentially British twist. After signing to Simon Cowell’s Syco Music roster following Britain’s Got Talent 2014, Jack Pack release their self-titled debut album. Jack Pack has been recorded with a 72-piece orchestra, hearing the group put a contemporary stamp on much-loved classics like “Light My Fire”, “I Put A Spell On You” and “My Way”. The album also features brand new original recordings including a previously un-released track penned by Grammy and Academy Award-winning singer/songwriter Randy Newman titled “Forever”. ~ Amazon 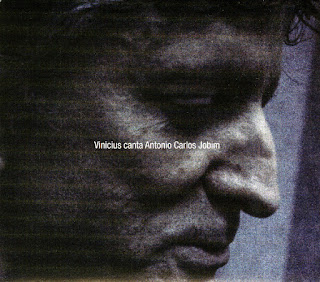 A truly beautiful tribute to the classic songcraft of Antonio Carlos Jobim – done with warmth, reverence and soul-stirring voice and guitar by Vinicius Cantuaria! The Tom Jobim songbook is timeless, of course, so it shouldn't come as a surprise that one of the finer Brazilian voices of a later generation could handle it, but this set is exceptionally strong! Some of the best numbers are on the spare side, with Cantuaria's voice up front in the mix, giving it an intimate quality that we love – but it also includes some wonderful musicians from both Rio and Tokyo – where the tracks were recorded – plus some nice guest guitar work by Bill Frisell on a couple tunes and a lovely duet with Joyce. Includes "Ligua", "Caminhos Cruzados" featuring Joyce, "Vivo Sonhando", "So Danco Samba", "Este Seu Ohlar", "Retrato Em Branco E Preto", "Felicade", "Insensatez", "Inutil Paisagem", "Voce Vai Ver", "Por Causa De Voce" and more. 13 in all. ~ Dusty Groove