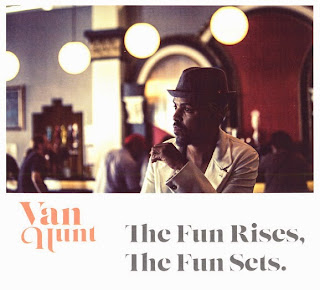 The fun never sets when Van Hunt's around – especially given the fresh sound of this sweet little album! There's a crispy, gritty approach that's a bit different than Van Hunt's previous work – a way of bringing up the basslines and drums, while also dropping the singer's voice down into the mix a bit more – so that there's this kind of swirl of rhythm and lyrics together, which makes for a really unique groove! The sound is neither broken beat, nor 70s funk – but seems to draw plenty of inspiration from both – and the setting's really helped us get back into Van Hunt's music, especially as it's been a few years since we last heard from him – plenty of time for the singer to plot this great step forward from his previous album, What Were You Hoping For? Titles include "Headroom", "French For Cloud", "Teach Me A New Language", "Old Hat", "She Stays With Me", "A Woman Never Changes", and "Emotional Criminal".  ~ Dusty Groove 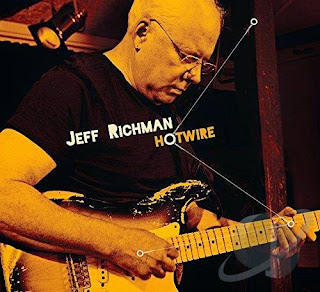 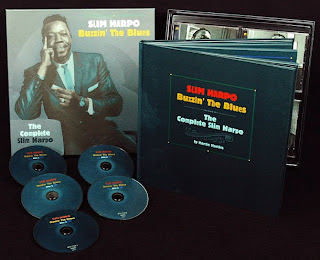 The complete works of the mighty Slim Harpo – easily one of the coolest, grooviest blues musicians ever – but one who was also taken from our planet all too soon! Slim came into the fold a bit late – he didn't start recording until the late 50s – but that timing also meant that his work was less conventional blues than a blend with lots of R&B styles, which soon morphed into more soulful expressions as the 60s came on – at a level that's gone onto give Harpo a presence with so many different audiences over the years. His music is all wonderful – harmonica blues, but with a twist – and that twist is often an early example of funk, which keeps lots of these numbers really raw, and plenty darn interesting! The massive box brings together everything Slim recorded in his too-short career – a whopping 142 tracks on 5CDs, with both a and b-sides of every single, additional album tracks, alternative versions, and even a rare session for Imperial Records too – never issued during Harpo's life. There's also an extended version of a 1961 live show, with four never issued tracks – and the whole thing comes with a heavy, hardcover book – over 100 pages of notes, photos, and other great images. ~ Dusty Groove