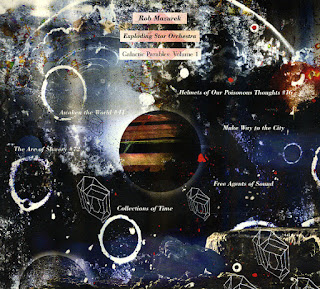 The most cosmically expansive and exciting work yet from composer/coronet player Rob Mazurek's Exploding Star Orchestra – dedicated to Amiri Baraka, and infused with the righteous, poetic spirit of Baraka's work with Sun Ra! The Exploding Star players include some Chicago underground heroes and heroines of longstanding brilliance, including flautist Nicole Mitchell, guitarist Jeff Parker, drummers John Herndon and Chad Taylor, bassist Matthew Lux, and Damon Locks on electronics and with some subtly righteous spoken word – along with Mazurek's Sao Paolo Underground cohorts Mauricio Takara and Guilherme Grandando, and last but not least, pianist Angelica Sanchez – all of whom have ample space to shine. Galactic Parables Vol 1 is a 2 disc set, one featuring the compositions as performed in Sardinia, and a second CD of their performances at the Chicago Cultural Center, which is a smart approach, given the improvisational nature of the material. There's plenty of space for the players to explore, and the differing performances are no doubt colored and shaded in different ways by different environments. Amazing stuff! Titles include "Free Agents Of Sound", "Make Way To The City", "The Arc Of Slavery #72", "Helmets Of Our Poisonous Thoughts #16", "Collections Of Time" and "Awaken The World #41". ~ Dusty Groove 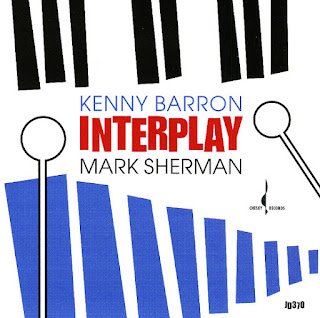 A great meeting between jazz piano legend Kenny Barron and the younger, brillant vibes player Mark Sherman – Barron being a veteran of top notch duo settings, and Sherman newer to it – but Sherman succeeds here mightily! Interplay couldn't be a more fitting title, as the pair are perfectly simpatico – working together on a range of material and a lone Barron original, it's wonderful from track-to-track – feeling like one of the coziest, strongest latenight jazz club sessions you'd ever be lucky enough to see. Includes nice takes on the tried-and-true "Afternoon In Paris", "Dear Old Stockholm" and "Indian Summer", the Barron composed waltz "Venture Within", Dexter Gordon's "Cheese Cake", the Charles Mingus gem "Orange Was The Color Of Her Dress, Then Blue Silk", "Polka Dots And Moonbeams", "Without A Song" and more.  ~ Dusty Groove 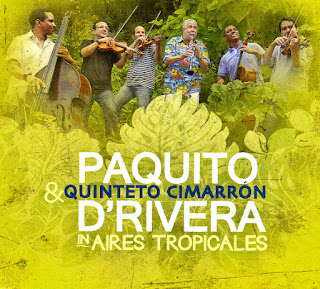 
One of the most creatively adventurous efforts in years from Paquito D'Rivera – which is saying something, as he's never lacking in ambition – and it finds the style-straddling clarinetist joined by the Cimarron string quintet! Quinteto Cimarron is a Cuban combo that leans more towards contemporary small combo classical, with a pair of violins, viola, cello and contrabass – and Paquito's clarinet and occasional saxophone feels right at home in the mix. There's no additional accompaniment, nor is it needed, it works brilliantly as is, with arrangements by Eduardo Cana Flores, and titles that include "Alborada Y Son", "Wapango", "Habanera", "Afro", "Contradanza", "Martica", "Longina", "Notas De La Habana", "La Rity", "Dna Vainilla", "Zumolanida", "Isora Club", "La Rity" and more. 17 in all!  ~ Dusty Groove