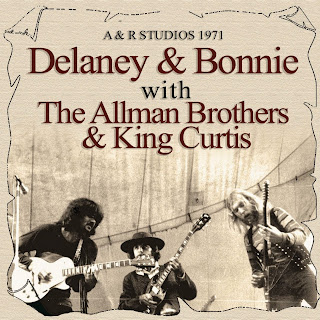 An outstanding 1971 studio concert broadcast, featuring Delaney & Bonnie and Friends, hot off the road with Eric Clapton and George Harrison, live at A&R Recording Studios in New York City - this time with friends Duane & Gregg Allman and King Curtis. The show begins acoustically (listen to D&B & Duane on Come on in My Kitchen ) then gets rowdy and electric for the second half. There’s a lot of chatter too which is endlessly fascinating and while the electric set has some minor sonic issues, the historic significance of this recording is rich the 18 minute Only You Know And I Know, featuring smokin’ leads by King Curtis & Gregg Allman is a pure joy to behold. Speaking of historic significance, it should be remembered that both Clapton & Harrison escaped the restrictions of their respective bands to hit the road with the Bramletts, and Clapton raided D&B s Friends to form Derek & The Dominos (while the Stones snagged Bobby Keys and Jim Price who debuted on D&B s Accept No Substitute). Delaney Bramlett, who passed away in 2008 at 69, also produced and co-wrote one of Clapton s best solo albums, 1970s Eric Clapton. ~ Amazon 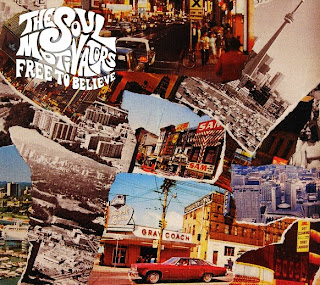 THE SOUL MOTIVATORS - FREE TO BELIEVE

Psych-tinged funk from Toronto's Soul Motivators – with a gritty, soul reverent sound you can believe in! The promising couple of 45 cuts we heard in the lead-up to this strong full length debut were a solid indicator that this 9-piece group could deliver the goods, and sure enough, it's a genuine win! The core elements of horns, drums & percussion, snapping bass grooves, guitar and keyboards walk the line between hard funk grit and precision interplay – feeling more like the work of a veteran unit than a debut album. Lead singer Lydia Persaud brings in a deeper soul integrity, and there's lots of room in their songs for standout solo opportunities for the excellent band. Strong stuff! Includes "Free To Believe", "Love Thing", "Street Level", "Baby I'm Gone", "La Garonne", "Dr Know It All", "Hang On In There", "Working It Out", "Until The Sun Goes Down" and more – plus the bonus tracks "Throw The Bones" and "Walk Away".  ~ Dusty Groove 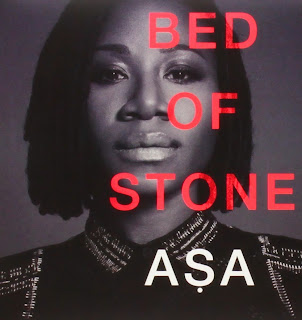 With her two first albums "Asa" and "Beautiful Imperfection", the Nigerian female singer Asa revealed a jubilant soul-pop supported by the titles "Jailers", "Fire On The Mountain" or "Be My Man". After 400 000 albums sold and more than 300 sold out dates, Asa comes back with a third album that has been written between Lagos, Berlin, Nashville, Los Angeles, London, Paris…. The album has been recorded in East Sussex, England, at Blair MacKichan's house who cosigned Will Young and Lilly Allen hits. Bed of Stone” contains huge tracks such as the hit singles “Eyo” and “Dead Again.” ~ Amazon