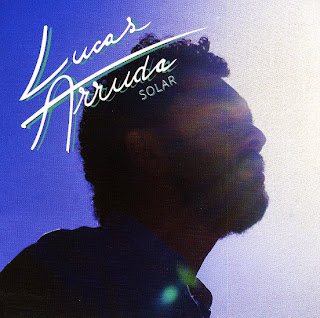 Stunning work from Lucas Arruda – a record we love even more than his first – and we totally loved that one to death! The sound here is prime Brazilian 70s at its best – that magical moment when jazz, fusion, and older bossa-schooled styles all came together in a really unique blend – and also helped Brazil find its own unique sense of soul, too – a quality that really came forth in the best work from Azymuth and Marcos Valle at the end of the decade! No surprise, Lucas has Azymuth bassist Alex Malheiros and Valle collaborator Leon Ware both on board to help out with the record – but the strength of the set is clearly all Arruda's own – as his vocals are wonderful, with a soulful expression that's vaguely in the Ed Motta side of the spectrum – mixed with his own warm lines on Fender Rhodes, which totally warm things up! Production is perfect, and equally vintage – and the album's a treasure we'll be loving for years. Titles include "Uma Onda", "Melt The Night", "Vento Sul", "Kalunga", "Solar", "O Mar O Samba E O Sol", "Beyond The Sea", and "Agua".  ~ Dusty Groove 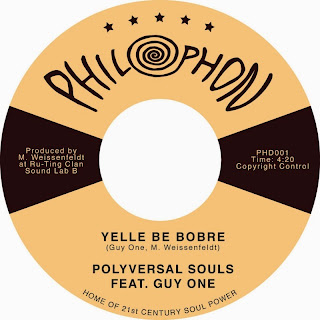 THE POLYVERSAL SOULS – YELLE BE BOBRE

Yelle Be Bobre is the first single to be taken from Invisible Joy, the debut album from Max Weissenfeldt's (Poets of Rhythm / Whitefield Brothers / Dr. John / Bombino) new band The Polyversal Souls. With this album, the band has successfully create a globalised style of soul music with; raw funk grooves, enchanting melodies from a faraway world, polyrhythmic hip-hop coming together to take you on a musical trip around the world. Guy One's unique voice and energic Kologo play features here - as also heard on last year's 7" on Philophon Records (Suro Yuama / A Me Bayela Do Me). The Frafra poet from north Ghana teams up again with his German music brothers and fills the Trans-Saharian distance with his haunting voice and his proto-banjo, which - you won't believe it - has just two strings. The Polyversal Souls' debut album, Invisible Joy, will be available on Philophon Records in July 2015. 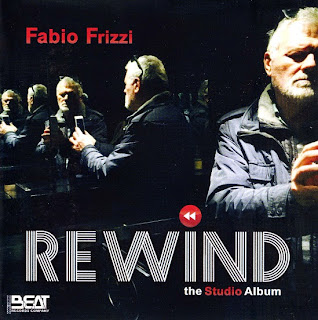 
A really surprising studio project from Italian soundtrack legend Fabio Frizzi – a set that has Frizzi himself on guitar and a bit of vocals, working with a small string group, and a bit of tenor sax! The music is mostly pulled from older film scores – penned by Frizzi and contemporaries like Piero Piccioni and Carlo Rustichelli – but there's also a few vocal tunes by Paul McCartney and Noel Gallagher – sung by Frizzi in this earthy voice to offset the mostly-instrumental modes of the record. The soundtrack numbers are our favorites – and are taken in these cool, intimate ways that are really nice – like a composer going back on his generation, and delivering things with a more personal vibe overall. Titles include "Fantozzi", "Bla Bla Bla", "Butta La Lunda", "La Marcia Di Esulapio", "Sette Note In Nero", "Baby Sequenza 2", "Junk", "If I Had A Gun", and "Ibo Lele". ~ Dusty Groove