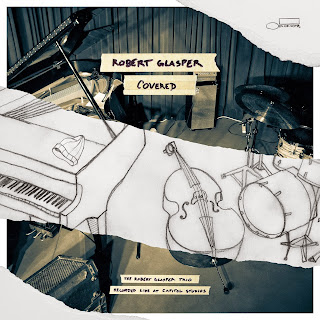 Lively trio work from drummer Duduka Da Fonseca – a set that has all the Brazilian touches you might expect from the title, but which also sparkles with lots of straighter jazz moments too! Duduka's as strong as ever on the kit, and the album really draws a lot of warmth from the piano lines of David Feldman – who blocks out the ballads with this gentle groove that's especially nice, then really catches fire on some of the more upbeat numbers – which also have Fonseca reminding us of his deftness on the drums. Guto Wirtti plays bass in the trio, and one track includes tenor from Paulo Levi – on titles that include "Jive Samba", "Lucky Southern", "Pensativa", "Clouds", "Peresina", "Recorda Me", and "Sco's Bossa".  ~ Dusty Groove 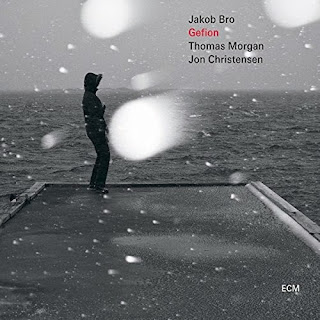 Gefion is Danish guitarist Jakob Bro's first ECM album as leader, following recordings for the label as sideman with Paul Motian and Tomasz Stanko. Like the work of those masters Bro s balladeering distils a sense of jazz history in its specific and highly personal atmospheres. The open forms of Bro s compositions leave plenty of space for his companions drum legend Jon Christensen and creative bassist-of-the-moment Thomas Morgan - to make their statements, interactively and in parallel. And there is space too for the listener s imagination to follow the flow and the delicate melodic tracery of Bro s electric guitar in this thoughtful and poetic album. Gefion was recorded in Oslo s Rainbow Studio in November 2013 and produced by Manfred Eicher. ~ Amazon