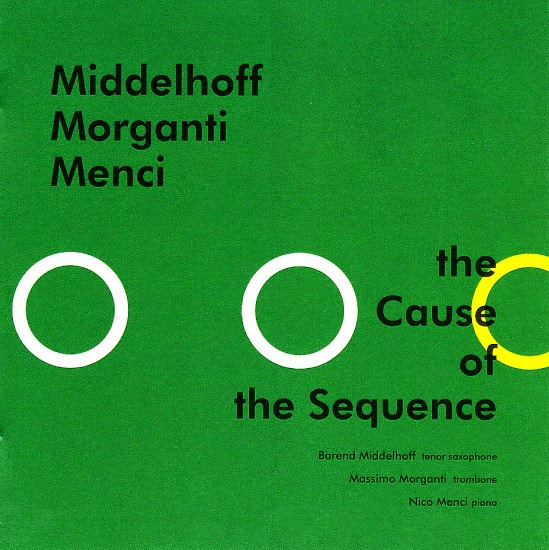 MASSIMO MORGANTI / BAREND MIDDEHOF / NICO MENCI - THE CAUSE OF THE SEQUENCE

A very cool combo – one that features the trombone of Massimo Morganti, tenor of Barend Middlehof, and piano of Nico Menci – all working together without any other instrumentation at all! The style means that the piano handles as much of the rhythm as it does the melody – making for these warm grooves that are really wonderful – as lyrical as they are soulful, and with a strength that really drives both of the horn players forward too – so much so you don't miss the bass and drums at all! At most points, the style is very swinging – hardly the kind of airy experiment you might guess from the format – and both Middelhoff and Morganti win us over right away with the strength of their phrasing together, and the range of their solos when they break out. A wonderfully fresh record, and a delight all the way through – with titles that include "Unison Party", "Big Belly Blues", "Ballad For Anna", "Musiplano", "The Cause Of The Sequence", and a nice cover of Henry Mancini's "Nothing To Lose". ~ Dusty Groove 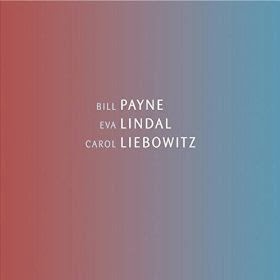 Bill Payne, Eva Lindal and Carol Liebowitz take this most classic group of instruments – piano, violin, and clarinet – and turn it on its head, unleashing music that is 100% improvised.  With nothing preconceived, they each listen intently and spontaneously respond to each other creating music with a deeply felt mix of lyricism and intensity.  Though far apart geographically (Bill in Las Vegas, Eva in Stockholm, and Carol in New York), their very first sounds as a trio clearly signaled that theirs was an unusually close connection. Tracklisting: Ever Since, It Happened This Way, Unspoken, B/E, If Then, Glissade, Preludes, Holus Nolus, What We Are Saying, Blue Flame, and ‘Til Always. 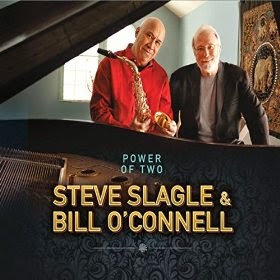 Alto Saxophone and flutist Steve Slagle’s career on the New York City world stage has spanned the Grammy winning large orchestra of Mingus, Haden and Lovano to contemporary quartets with Steve Kuhn, Dave Stryker and many more. Never before has he paired it down to a duo until now with The Power of Two. The collaboration with pianist Bill O’Connell was a natural one after the many Latin-Jazz recording Steve has done recently with Bill, who is the quiet giant on piano of his generation. Alone together they create some of their best, most unique work to date.  At first starting the idea of this date with his tribute to the late great virtuoso pianist Kenny Drew Jr., Steve wrote ‘KD JR” on this day of his friends passing – they collectively go further to create the sound of musical spirits past, present, and future (for the latter, check out the title song ‘The Power of Two!).  On this recording, Steve Slagle and Bill O’Connell have the freedom to shine in the most basic settings.  There is no lack of the rhythm of drums on Steve’s “Good News” nor do you need a bass on the beautiful ballad “I’ll Wait and Pray”.  On Miles Davis’ rarely heard “Circle” the mood is as clear as the composition is impressionist. So after the final “Whistling Spirits” (a theme for the new twilight zone!) “The Power of Two” leaves you with the impression that the sum is even greater than the parts.  Go ahead and listen to a journey far and wide from two great musicians. What sounds effortless is a level of musicianship that only a few achieve after decades of work in their profession: hearing the music, listening to each other and inspiring each other to create and play music that never quite existed like this before – and capturing it in a recording. ~ Jack Zulack, Executive Producer, Panorama Records