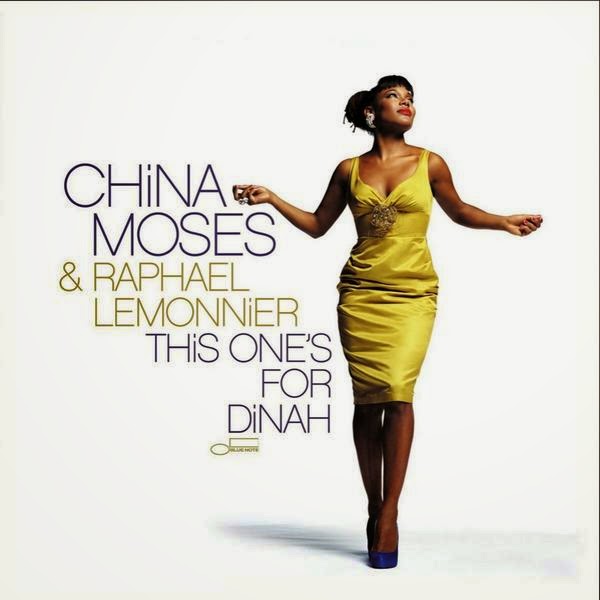 It could never be said that China Moses and Raphaël Lemonnier were fated to join forces on a project, given their rather different career paths and the seeming absence of any compelling reason for the two artists to meet. It was Dinah Washington, their mutual idol. So why not put together a show devoted to Dinah Washington? Known as The Queen of The Blues, Dinah Washington was one of the most important female singers during the 1950s and 1960s. The disc was recorded in the old style: all the musicians performed together and the best take was used in its entirety for the actual release. So the bar was set quite high for China, who had the artistic intelligence and good taste to pay tribute to Dinah by emphasizing spirit over form—in other words, by relying on her own talent. Thoroughly immersed in Dinah’s world, she sings the blues with a lovely authority highlighted in Dinah’s Blues, one of China’s own compositions. And it’s a good thing too, because with songs like “Evil Gal Blues”, “Fat Daddy” and “Fine Fine Daddy“, a close approximation won’t do. China is also a remarkable interpreter of standards, as seen in her clever handling of “Cry Me A River” and “Goodbye“, whose arrangements show off her voice to such impressive effect, and in the authentic emotion that emerges from “Mad About The Boy” and “Teach Me Tonight“, performed with great sensitivity and restraint. It’s the beautiful tribute that Dinah deserved. ~ chinamoses.com 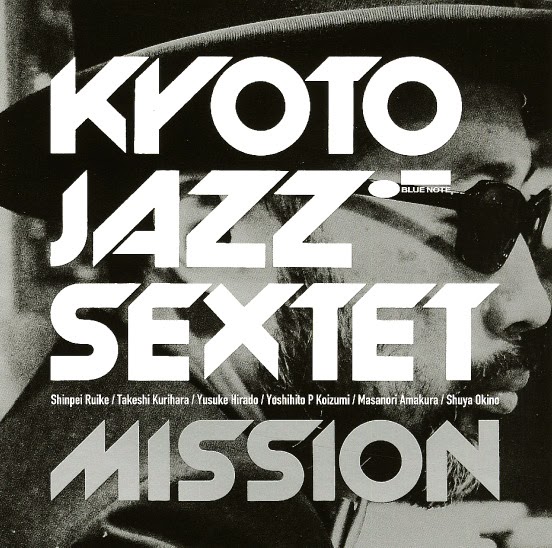 Kyoto Jazz Massive is on a soulful mission this time around – stepping out on Blue Note with a wonderful tribute to the rich legacy of the label! The music is directed by Shuya Okino, and played by a super-sharp quintet who really recall the genius of Blue Note in the 60s – especially that time when the label was perfectly balanced between modern and hardbop modes, as evidenced by the selection of compositions here by Lee Morgan, Hank Mobley, Wayne Shorter, Herbie Hancock, and Joe Henderson! None of the tracks are straight remakes, and there's definitely a fresh, acoustic spin on the rhythms – played by a lineup that includes trumpet, tenor, piano, bass, and drums – plus some guest instrumentation as well. Tracks include the group's own "Eclipse" – plus "Search For The New Land", "Succotash", "The Melting Pot", "Mr Jin", "Jinrikisha", "Up A Step", and "Speak No Evil".  ~ Dusty Groove 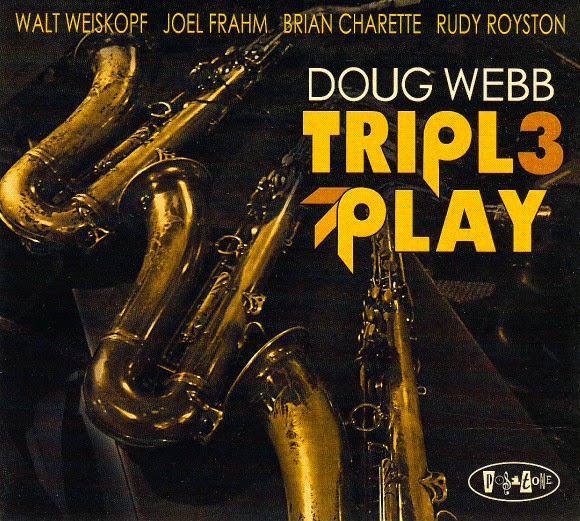 
A triple-tenor powerhouse – as Doug Webb invites Walt Weiskopf and Joel Frahm in for the sessions – and things really begin to cook! The trio get this raw, spare accompaniment from Brian Charette on Hammond and Rudy Royston on drums – which leaves the tenors plenty of room to open up, stretch out, and really do their thing – coming together as unified voices on the heads, then breaking out into really well-crafted, well-defined individual solos. The feel is a bit like some of those great Don Patterson albums of the 60s, but even more modern – and titles include "Jazz Car", ~ , Dusty Groove