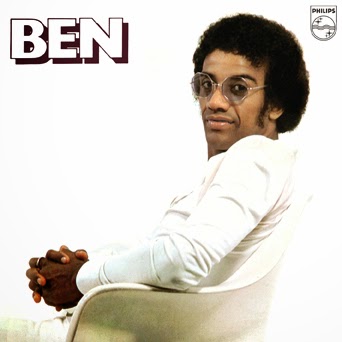 If there was one thing that all the movements that swept Brazilian popular music during the ‘60s and ‘70s—bossa nova, Jovem Guarda, Tropicalia, Música Popular Brasileira, samba soul, Black Rio—had in common, it was that they all revered Jorge Ben. That’s because Ben incorporated aspects of all their styles without compromising his own; as Caetano Veloso put it, “Jorge Ben, without attempting an artificial or homogenizing ‘fusion,’ came through with a strong, original sound, confronting a body of issues from the opposite end, that of the finished treatment, while we were groping and coming up with varied and incomplete solutions.” Now, Real Gone Music and Dusty Groove are embarking on a long-awaited tour through Ben’s catalog, starting with his 1972 masterpiece, Ben. This is the album that made Jorge Ben a superstar in Brazil, a lean marvel of rhythmic and melodic concision that contains some of his most indelible, durable songs, like the first version of “Taj Mahal” and his ode to his favorite soccer player, “Fio Maravilha.” Even better, we’ve added seven rare bonus tracks, including a fast-paced 1972 version of his first big hit “Mas Que Nada” and a super rare single with Gilberto Gil, “Jazz Potatoes.” Peter Margasak’s notes place Ben’s career and album in historical context. Peerless Brazilian pop, out on CD for the first time outside of Brazil.