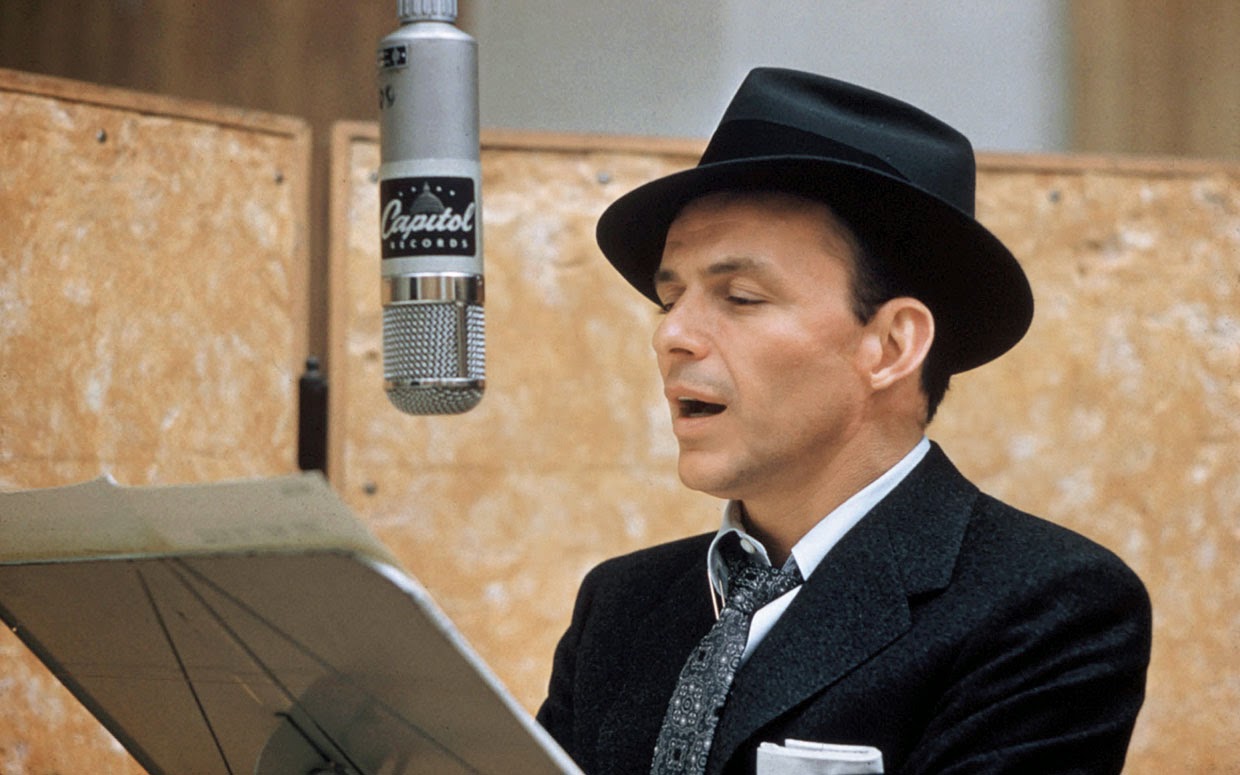 “I adore making records. I’d rather do that than almost anything else.” – Frank Sinatra

“In The Wee Small Hours Of The Morning”
The defining voice of the 20th century, Frank Sinatra enjoyed a legendary recording career that spanned six decades, beginning with his earliest session in 1939 and culminating with his last in 1993, for his world-renowned, multi-platinum Duets and Duets II albums. All of Ultimate Sinatra’s configurations open with “All Or Nothing At All,” recorded with Harry James and his Orchestra on August 31, 1939 during Sinatra’s first studio session. With that star-making session, Sinatra embarked on a three-year run of nearly 100 big band recordings with the Harry James and Tommy Dorsey Orchestras, followed by more than 50 years of sessions for Columbia (1943-1952), Capitol (1953-1962; 1993-1994), and his own Reprise label (1960-1988). 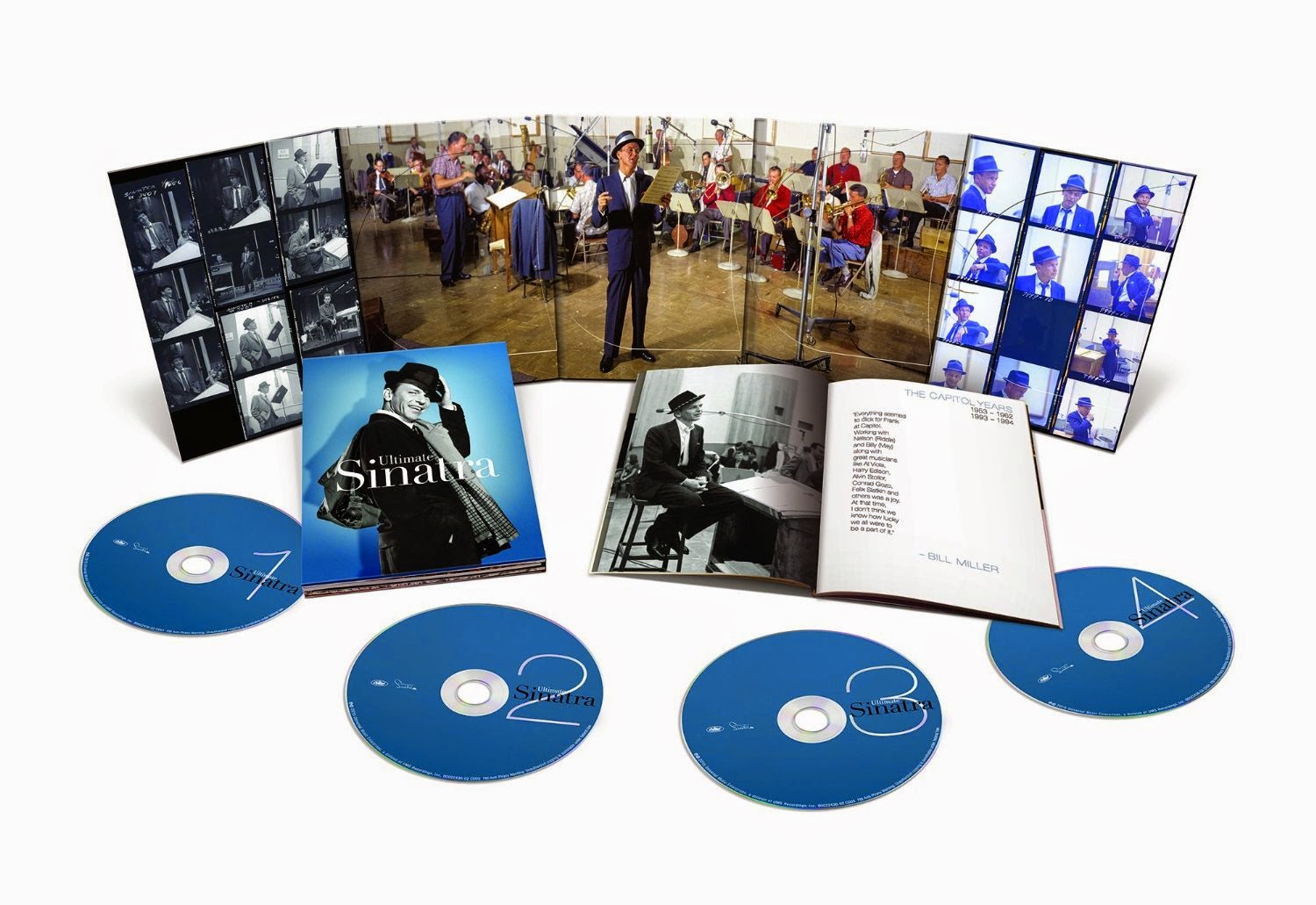 Ultimate Sinatra’s 4CD and digital deluxe edition boasts 100 tracks celebrating 100 years (plus a never before released bonus track), including many more luminous recordings that reinforce Sinatra’s well-deserved moniker, The Voice. The chronological collection dives deeper into Sinatra’s musical world of iconic recordings, before closing with a previously unreleased rehearsal version of “The Surrey With The Fringe On Top” recorded in 1979. The deluxe edition also features an 80-page booklet with a new essay by Sinatra historian and author Charles Pignone, as well as rare photos and quotes from Frank Sinatra and his children, Nancy, Tina and Frank Jr., as well as Nelson Riddle, Billy May, Quincy Jones, and others.

Asked late in his career to name a favorite song or album, Sinatra said, “I’ve sung and recorded so many wonderful songs over the years, it would be impossible to name one in particular as my favorite. Many of them are special to me for one reason or another. It’s difficult to pick a favorite album. The ones that stick in my mind are Only The Lonely, Wee Small Hours, and Come Fly With Me because I think the orchestrator’s work and my work came together so well.”

Throughout 2015, the 100th anniversary of Frank Sinatra’s birth (December 12, 1915) will be commemorated around the world with a new stage show, prestigious exhibitions, music, video and book releases, special partnerships, major television and film events along with a host of independent tributes and concerts.

The definitive FRANK SINATRA 100 App will provide fans with continuous updates on official Frank Sinatra centennial activities. The free to download app, available for iPhone, iPad and iPod touch and Android tablets, will continue to evolve with exclusive Sinatra 100 content and other updates.

An icon who forever epitomizes the American dream, Frank Sinatra continues to have an immeasurable influence on popular culture: music, film, art, theatre, fashion and beyond. Sinatra was a true one-of-a-kind personality whose incredible achievements continue to inspire greatness in others.

Throughout his six-decade career, Sinatra performed on more than 1,400 recordings and was awarded 31 gold, nine platinum, three double platinum and one triple platinum album by the Recording Industry Association of America. Sinatra demonstrated a remarkable ability to appeal to every generation and continues to do so; his artistry still influences many of today’s music superstars. He also appeared in more than 60 films and produced eight motion pictures.

Sinatra was awarded Lifetime Achievement Awards from The Recording Academy, The Screen Actors Guild and the National Association for the Advancement of Colored People (NAACP), as well as the Kennedy Center Honors, the Presidential Medal of Freedom and the Congressional Gold Medal. Today, he remains a legend and an inspiration around the world for his contributions to culture and the arts.
Frank Sinatra: Ultimate Sinatra [CD, digital]
1. All Or Nothing At All
2. I’ll Never Smile Again
3. Saturday Night (Is The Loneliest Night Of The Week)
4. Nancy (With The Laughing Face)
5. I’ve Got The World On A String
6. Young At Heart
7. In The Wee Small Hours Of The Morning
8. Learnin’ The Blues
9. Love And Marriage
10. I’ve Got You Under My Skin
11. Witchcraft
12. All The Way
13. Come Fly With Me
14. One For My Baby (And One More For The Road)
15. The Way You Look Tonight
16. My Kind Of Town
17. Fly Me To The Moon (In Other Words)
18. It Was A Very Good Year
19. Strangers In The Night
20. Summer Wind
21. That’s Life
22. My Way
23. Theme From New York, New York
24. Put Your Dreams Away
25. Just In Time (Alternate Version) – previously unreleased
Digital-only bonus track:
26. Chicago