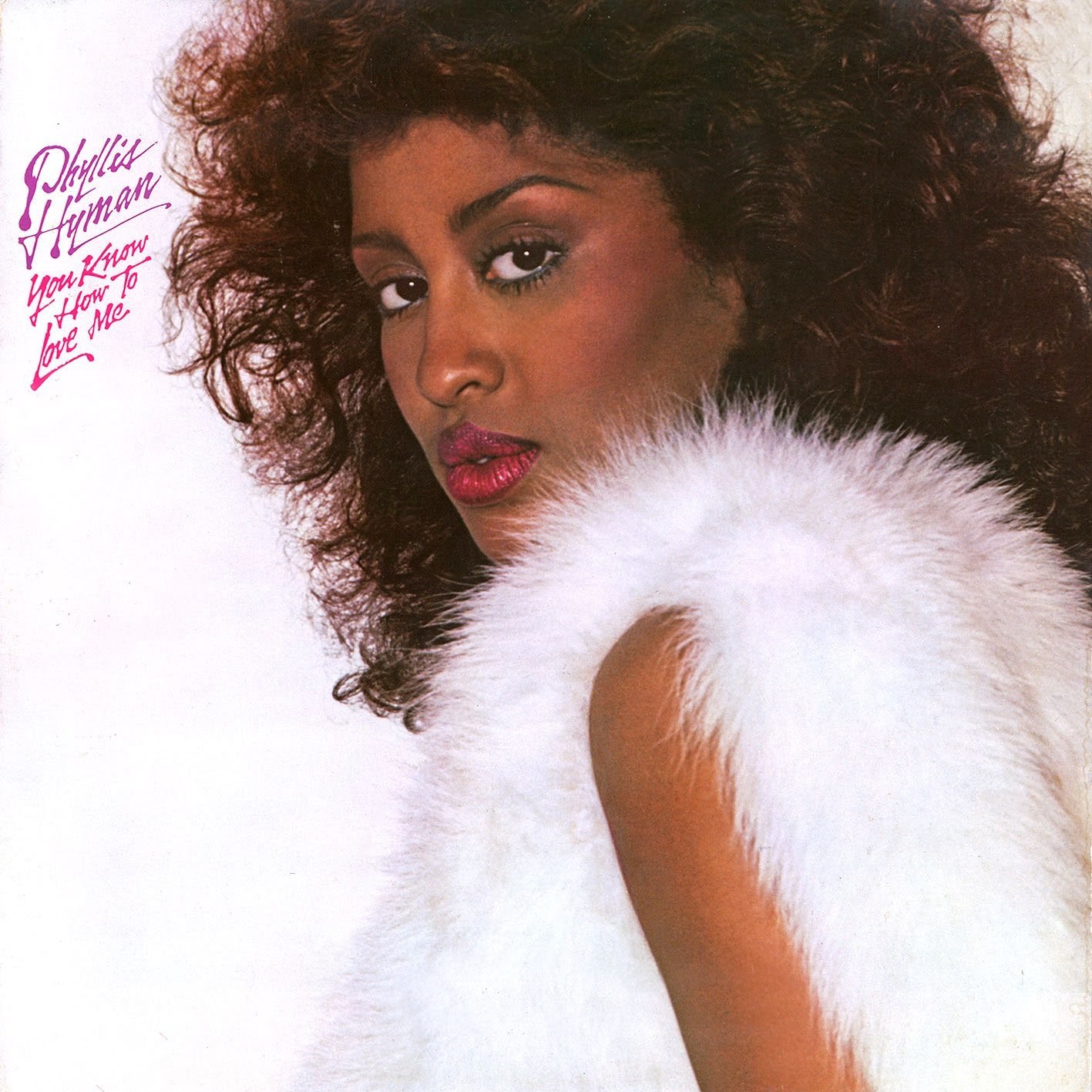 PHYLIIS HYMAN - YOU KNOW HOW TO LOVE ME (EXPANDED EDITIONS)

Phyllis Hyman's  You Know How To Love Me includes 8 Bonus Tracks Contains the Un-Released track, You re The One The album includes the chart hits "You Know How To Love Me and Under Your Spell Produced by James Mtume & Reggie Lucas. Liner Notes by Alex Henderson Re-Mastered from the Original Master Tapes by Sean Brennan, at Battery Studio s, New York. You Know How to Love Me is the fourth album by soul singer-songwriter Phyllis Hyman. It was released by Arista Records in 1979, and produced by James Mtume & Reggie Lucas. Writing in Smash Hits, Bev Hillier described You Know How to Love Me as a "great album" that was "relaxing, pleasant, easy listening and anything similar that you can think of". Hillier went on to describe Hyman's voice as "amazing and perfectly used". The release was Phyllis Hyman's most successful album and was carefully tailored to become the artist's crossover breakthrough. The end result became a carefully constructed blend of contemporary disco-styled songs and ballads, including the song that would become one of Hyman's signature tunes, "You Know How to Love Me." The song became a hit, growing into a classic, covered by artists such as Lisa Stansfield and Robin S. Other highlights include the excellent quiet storm of "Some Way," which allows Hyman's husky voice to shine; the somber, sublime piano ballad "But I Love You"; and the jazzy saxophone ballad "Complete Me." You Know How to Love Me is as close as Hyman truly came to becoming a force and is an important and essential chapter in this star's musical legacy. This release has grown into a classic whose importance will only increase with the passing of time. ~ Amazon 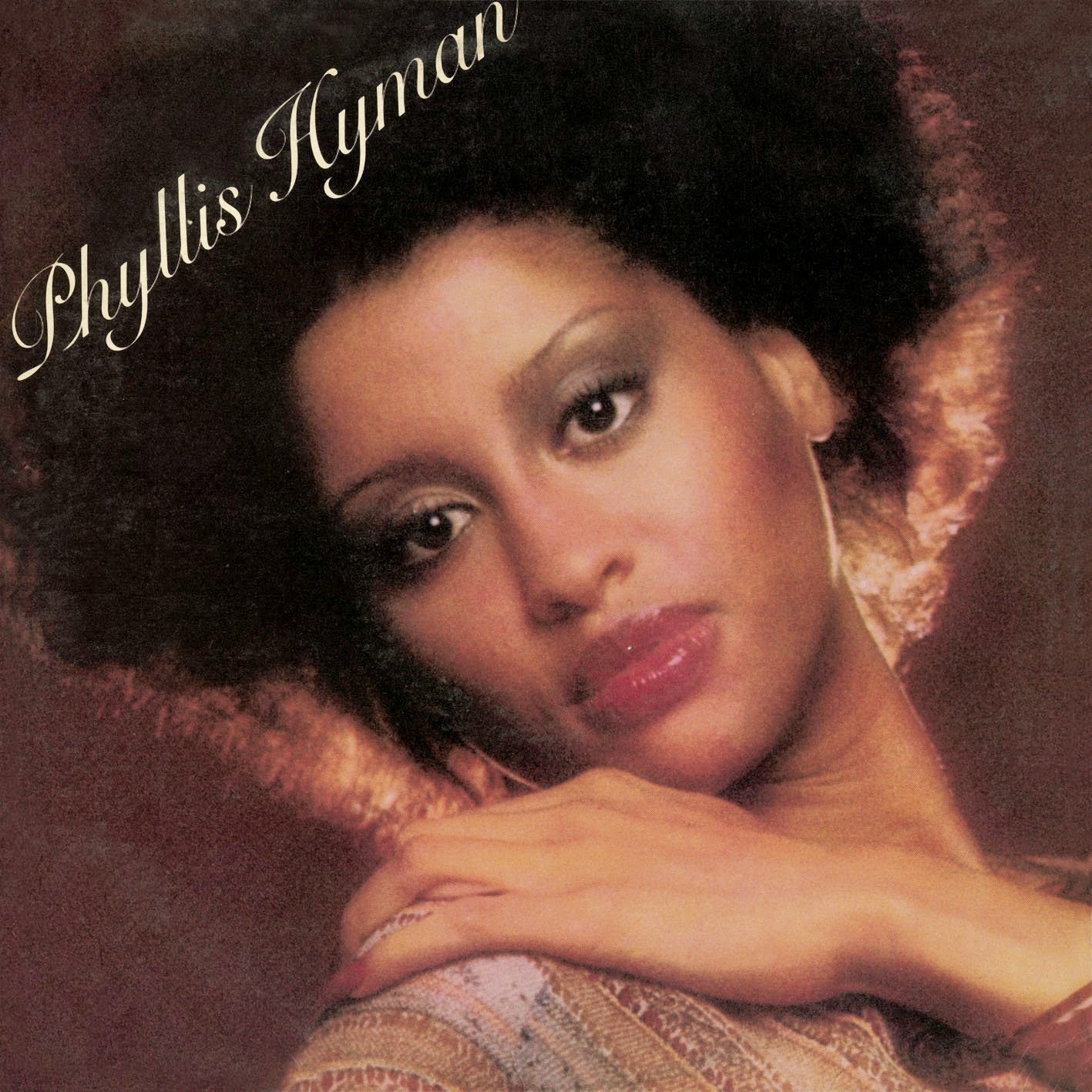 Phyllis Hyman's self-named album will be Expanded for the First Time Ever. Includes 6 Bonus Tracks The album includes the chart hits "Loving You, Losing You and No One Can Love You More Produced by Larry Alexander, John Davis, Jerry Peters, and Sandy Torano Liner Notes by Alex Henderson Re-Mastered from the Original Master Tapes by Sean Brennan, at Battery Studio s, New York. Phyllis Hyman is the self-titled solo debut studio album by soul singer-songwriter Phyllis Hyman. The album was released by Buddah Records in 1977 and charted on the Billboard 200 chart, with two singles released from the album: "No One Can Love You More" was the most successful, charting on the Billboard Hot Soul Singles Chart. After recording a cover version of The Stylistics' 1971 hit "Betcha By Golly Wow" that appeared on Norman Connors' 1976 "You Are My Starship" album, Hyman was signed to Buddah and began work on her debut. The album featured the hits "Loving You - Losing You," and "I Don't Want To Lose You," a R&B ballad (originally recorded by The Spinners). This 1977 debut set from one of music's most emotional and loved singers including many songs she would be later identified with, like Skip Scarborough's "No One Can Love You More" which is indicative of her plentiful sensual charm and her rich vocal timbre. Hyman's vocal prowess is well known, as the album shows that she was gifted with an uncommon maturity. Hyman was only in her mid-20's when the album was recorded. That self-possession made her glide through the majority of the material, as on Thom Bell and Linda Creed's "I Don't Want To Lose You" which became a classic tearjerker. From singing the chorus in the intro, to doing a Sarah Vaughan-like scat in the middle, the song was hers. The debut also displays her skill on "Beautiful Man Of Mine" and Hubert Eaves' "Children of the World," as her vocals are undoubtedly the best thing about the release. Phyllis Hyman veers from instant melodic classics to unformed ideas, a mix that prevents it from being essential. ~ Amazon 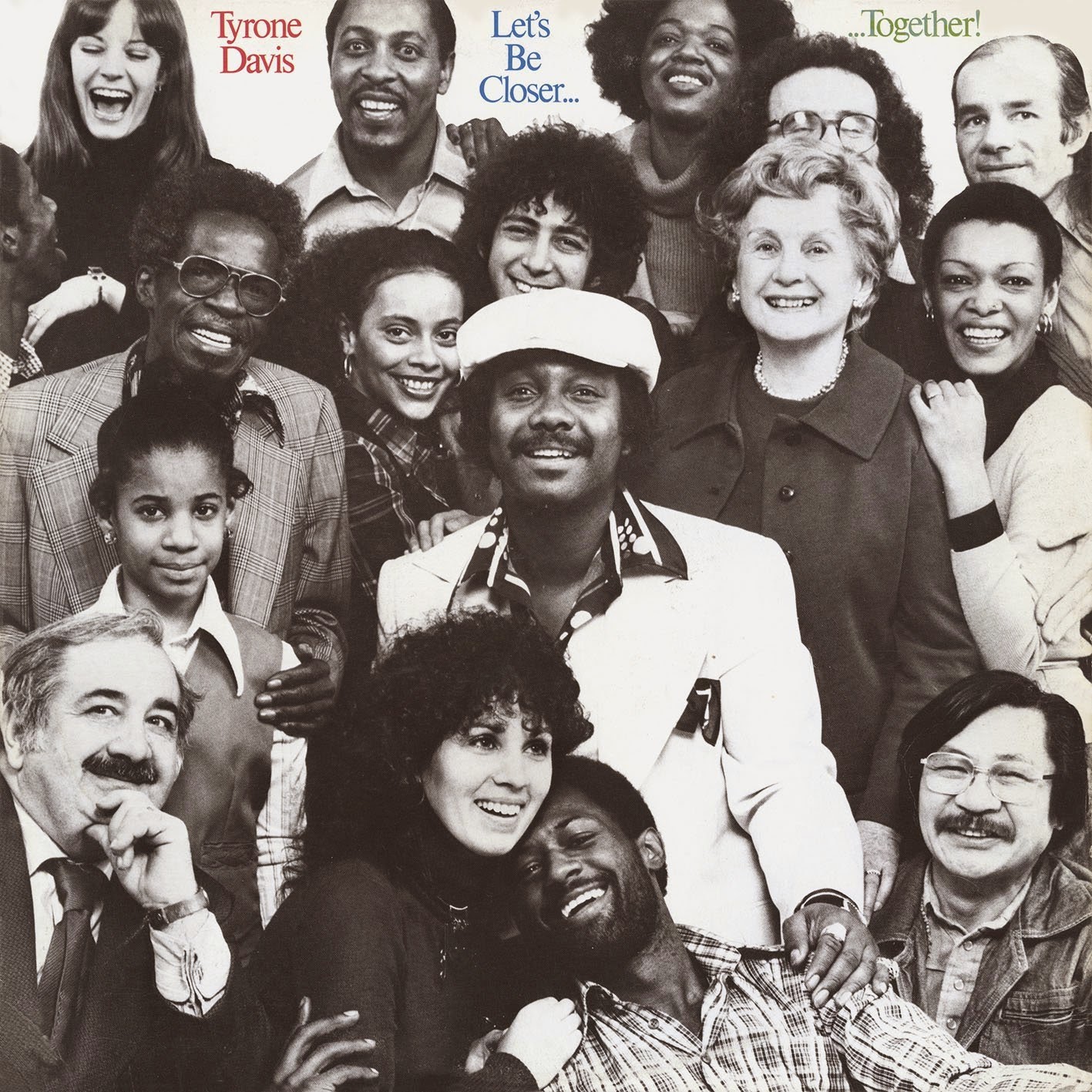 TYRONE DAVIS - LET'S BE CLOSER TOGETHER!

Tyrone Davis Lets Be Closer Together will be Expanded and on CD for the First Time Ever. Includes 2 Bonus Tracks The album includes the chart hits "This I Swear and All You Got Liner Notes by Alex Henderson Re-Mastered from the Original Master Tapes by Sean Brennan, at Battery Studio s, New York. Tyrone Davis (born Tyrone Fettson; May 4, 1938 February 9, 2005) was a leading American blues and soul singer with a distinctive style, recording a long list of hit records over a period of more than 20 years. He had three no. 1 hits on the Billboard R&B chart: "Can I Change My Mind" (1968), "Turn Back The Hands Of Time" (1970), and "Turning Point" (1975). Davis released about 25 singles during his seven years with Dakar, most of them big R&B sellers produced by Willie Henderson. He finally returned to the top spot with "Turning Point" in 1975. Soon afterwards, Davis switched to the major Columbia record label and recorded seven albums over the next five years with producer Leo Graham and arranger James Mack who had collaborated with him for "Turning Point". Major hits with Columbia included "Give It Up" (#2), "This I Swear" (#6), and "In The Mood" (#6, 1979). Dubbed the "king of romantic Chicago soul" by MTV, Davis' perceived vulnerability and class endeared him to female soul fans through the 70's. ~ Amazon