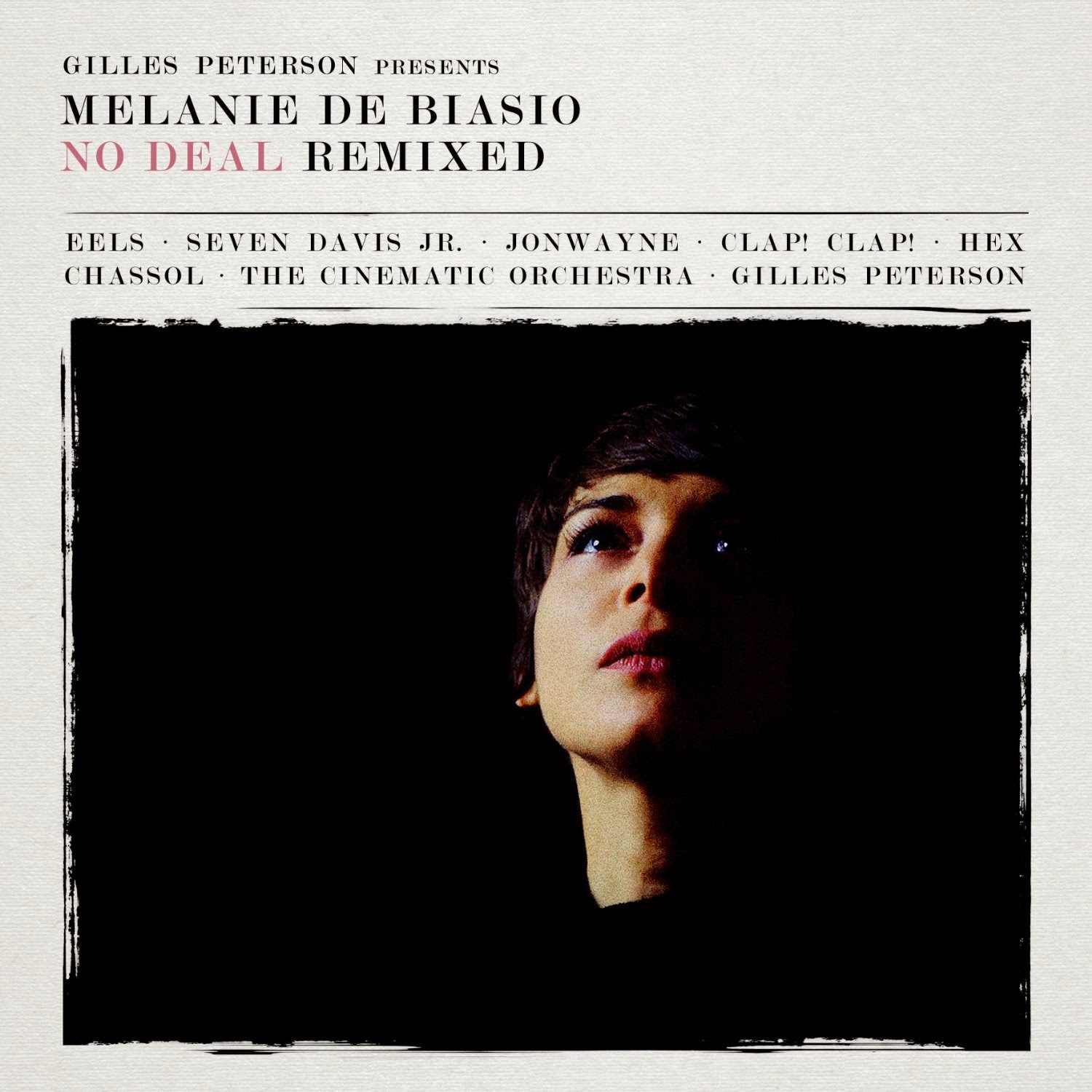 Internationally renowned DJ and radio personality Gilles Peterson has called upon some of the most exciting names across the jazz, electronic and indie worlds to rework Melanie De Biasio's acclaimed album No Deal, including EELS, The Cinematic Orchestra, Hex, and Seven Davis Junior. EELS haunting, orchestral reworking of opening track I Feel You is the first ever remix by Mark Oliver Everett (AKA E), who fell in love with De Biasio's music when she supported EELS at the Royal Albert Hall in June. The Cinemantic Orchestra give I'm Gonna Leave You an intense reworking, while beat maker C. Crisci, a.k.a Clap! Clap! gives the same track an afro-beat slant. Seven Davis Jr gives title-track No Deal an old school house flavour, while LA's Jonwayne coats With All My Love a lush balm of hip-hop. Japan's Toshio Matsuura (AKA Hex) adds an impressive urgency to The Flow, whilst France's modern classical composer Chassol provides a downtempo and discordant take on Sweet Darling Pain. 2014 has been a breakthrough year for Brussels-based De Biasio, who was recently announced the winner for Belgium of the 2015 European Border Breakers Awards (EBBA), which celebrate the best new pop, rock and dance acts in Europe which have achieved cross-border chart success. Other winners include Hosier (Ireland), MO (Denmark), Milky Chance (Germany), and Todd Terje (Norway). No Deal received 4 star reviews from The Guardian, Mojo, and Record Collector, with Hi-Fi Plus awarding it 10 out of 10, saying "I think we have the album of the year on our hands." Her most recent single I'm Gonna Leave You was playlisted at BBC 6 Music, and last month De Biasio performed on Later…With Jools Holland, BBC2's flagship music show, becoming the first Belgian artist to be invited on the show since 1995. ~ Amazon 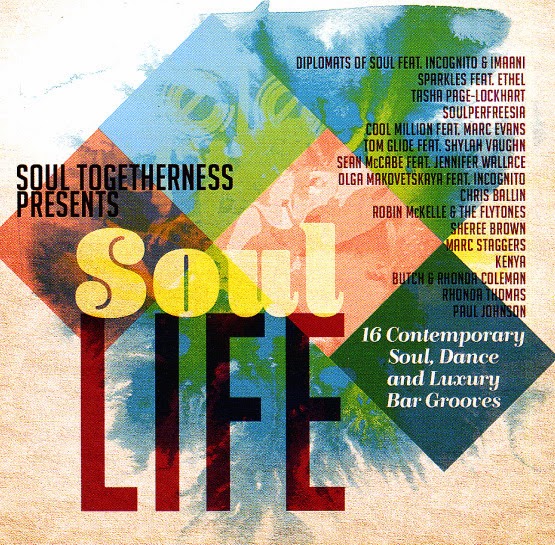 Contemporary cuts, all hand-picked by the Soul Togetherness crew – who you might know from their other excellent collections of vintage funk and soul! The music here is from the global Neo Soul underground – and reflects both the sort of cutting-edge acts showcased by Soul Togetherness, and the long legacy of new music released by the Expansion label – still one of the strongest imprints for contemporary soul after all these years! A few cuts here mark the CD debut of tracks that have only been vinyl or digital before – and titles include "Brighter Tomorrow" by Diplomats Of Soul with Incognito & Imaani, "So Good" by Sparkles with Ethel, "Saving All My Kisses" by Soperfreesia, "Best Work" by Tasha Page Lockhart, "Bring Me Back" by Marc Staggers, "Your Love Is On Fire" by Sheree Brown, "Control Yourself (Opolopo rmx)" by Robin McKelle & The Flytones, "Soul Life (T-Groove Philly soul mix)" by Tom Glide with Shylah Vaughn, and "Dontcha Wanna Dance" by Cool Million with Marc Evans.  ~ Dusty Groove Great contemporary soul from Marc Staggers – a singer who really takes us back to some of our favorite mellow soul singers of the 70s! Like some of our favorites, Staggers sounds especially great when hitting a midtempo groove – kind of a smooth stepping style that has the rhythms tripping along nicely while his rich vocals really take off over the top! Nothing's ever overdone or forced – and like a small range of true talents in this area, Marc's got a way of keeping things understated at all the right moments – while still making us really feel his vibe. Titles include "Partner For Life", "Bring Me Back", "Be My Girl", "So Amazing", "I Wanna Spend My Life With You", and "I Like The Way".  ~ Dusty Groove