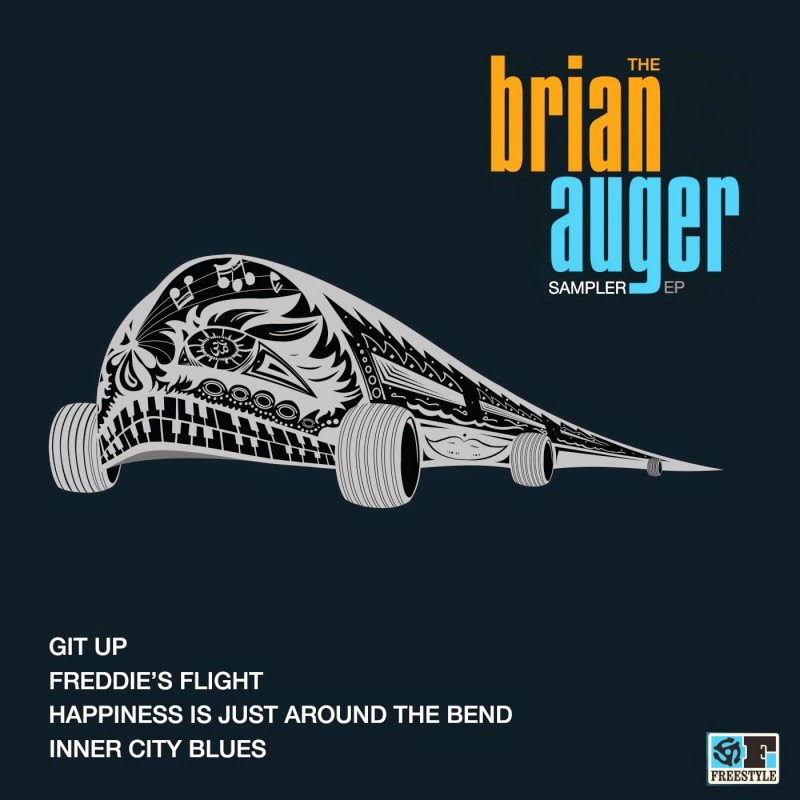 Brian Auger has always displayed a fiercely independent and single minded approach to his music - and after over 50 years of doing just that, has firmly secured his reputation as an award winning and much loved musical innovator, a jazz piano prodigy, a Swinging 60's London scenester, early jazz fusion protagonist, a 2014 Hammond Organ Hall of Fame Inductee, and recipient of a US Congressional Award For Services to Jazz!

This 4 track sampler pulls together rare and new material from Brian Auger's illustrious career included in the two forthcoming albums; Back To The Beginning - The Brian Auger Anthology and Live In Los Angeles - Brian Auger's Oblivion Express.

Git Up was originally on the 1977 Encore album which reunited Brian and his cohort Julie Driscoll from The Trinity days of the 1960's. A very funky Fender Rhodes piano riff backs Julie's amazing vocal, and then Brian brings in his trademark Hammond sound to stunning effect. This probably should have been released as a single back then, but wasnt - something Freestyle Records is happy to correct in 2015.

Freddie's Flight is an unusual track as Brian is joined by a full horn section - this is dance floor material, as the uptempo groove is infectious - taken from the 2005 self released album 'Looking In The Eye Of The World'.

The final 2 tracks are brand new, live versions of Oblivion Express classics - but taken from the forthcoming Live In Los Angeles' album which features the original Oblivion Express vocalist Alex Ligertwood. Happiness Is Just Around The Bend is a joyful, uplifting soulful funk track - and Inner City Blues, one of Brian's most loved cover versions - the Marvin Gaye composition simply sparkles here. Brian & Alex are a dream team - many years have passed since their first collaborations - but both their respective talents remain utterly undiminished.