4-time GRAMMY nominee and best-selling saxman Boney James continues his artistic evolution with the dynamic Futuresoul. Fusing his love for vintage soul music with his mastery of modern production, Boney has created another genre-bending work following on the heels of his 2014 GRAMMY nominated album The Beat. 10 original songs written or co-written by Boney, with special guests Stokley of Mint Condition on vocals and Thelonious Monk Competition winner Marquis Hill on trumpet. Futuresoul is retro music for the modern age. Includes: Drumline, Vinyl, A Little Attitude, Watchu Gon' Do About It?,. Either Way featuring Stokley, Hand in Hand, Fortuneteller, The Moment, futuresoul, and Far From Home featuring Marquis Hill. ~ Amazon Ringo Starr's 18th studio release, Postcards From Paradise, includes 11 original tracks and is the first to include a song written and recorded by Ringo Starr and his current All Starr Band - Steve Lukather, Todd Rundgren, Gregg Rolie, Richard Page, Wally Palmer and Gregg Bissonette. Postcards From Paradise was produced by Ringo and recorded at his home studio in Los Angeles and, as always, features friends and family. As Ringo often says, 'If I am recording and you're in town and drop by, you're going to be on the record!' The album's guest artists include: Joe Walsh, Benmont Tench, Dave Stewart, Ann Marie Simpson, Richard Marx, Amy Keys, Peter Frampton, Nathan East, and Glen Ballard. ~ Amazon 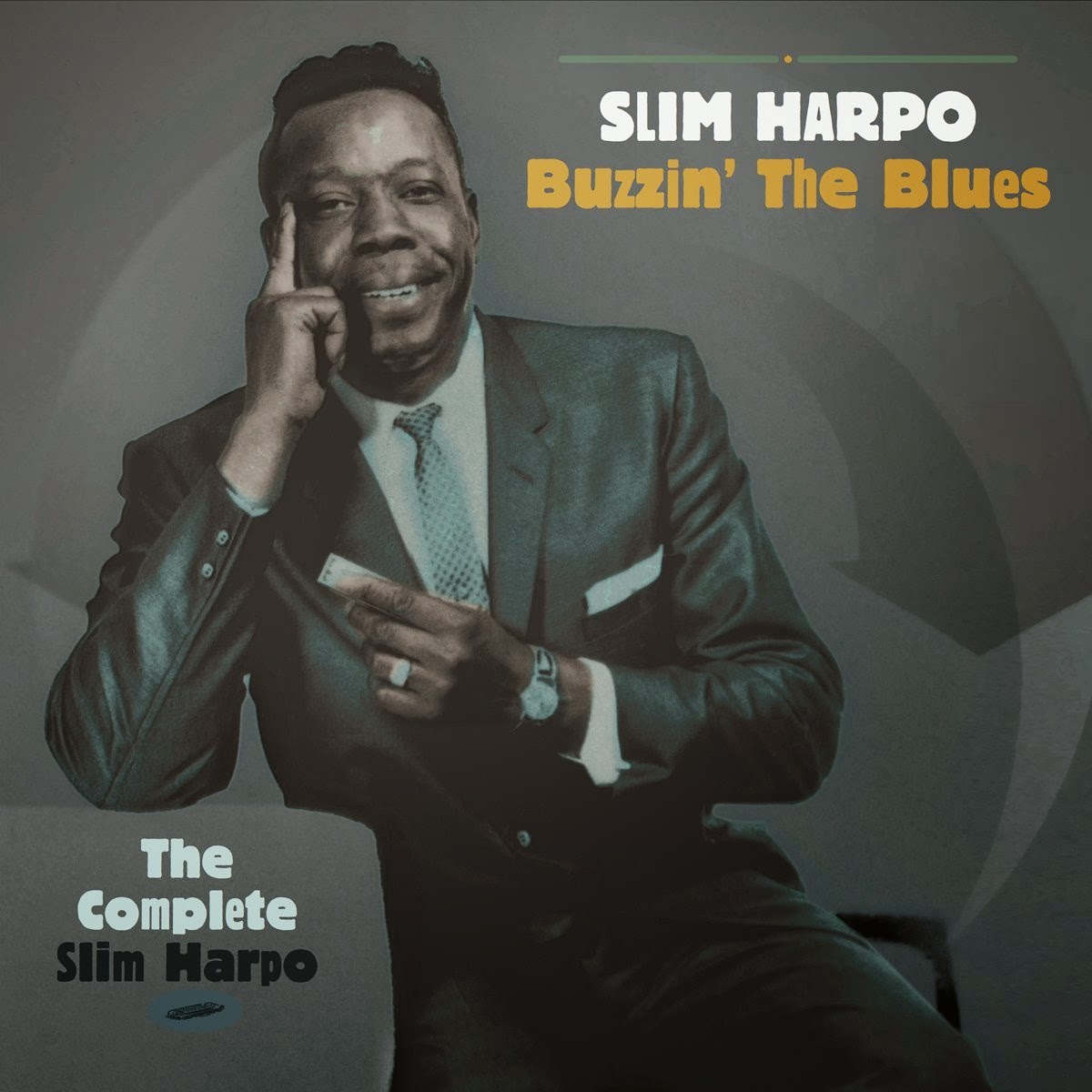 Slim Harpo made his impressive entrance into the world of blues recordings in 1957. Here was a man with an unforgettable name, a strong song - I'm A King Bee - and a finely-crafted minimalist style, at once familiar and novel. In 1961 Slim Harpo made a crossover entry into the American Rhythm 'n' Blues and Popular Music charts when Rainin' In My Heart became one of those barely-categorisable hits that just couldn't be ignored. Then came Baby, Scratch My Back, a soulful rhythmic number that led to tours with the rock elite. The story of Slim Harpo and his music is among the most fascinating in all blues and Rhythm 'n' Blues. Harpo's music had timeless and mellow qualities that made his sound both authentic and accessible. By many benchmarks he was a success, and for periods in his life he was in the spotlight, yet little, really, is known of him beyond his fading circle of musicians, friends, and family in Baton. Includes  5-CD boxed set (LP-size) with 104 page hardcover book, 142 tracks. Total playing time approx. 410 minutes. ~ Amazon