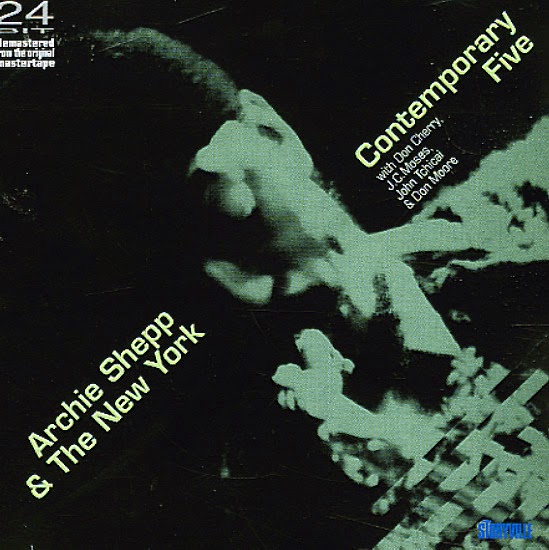 Incredible work from one of the greatest groups of the New York avant scene of the 60s – the legendary New York Contemporary Five, a combo that features Archie Shepp on tenor, John Tchicai on alto, Don Cherry on cornet, Don Moore on bass, and JC Moses on drums! This 1963 recording, originally done in Copenhagen, is one of the group's most lasting statements – a bold, bracing bit of jazz that seems to pick up energy from Ornette Coleman's dimming flame, prefacing Albert Ayler inferno to come, wrapped up with some of the sensitivity of Eric Dolphy in his final years – a record that rivals the best that any of those three players had to offer. Shepp's got an intensity that almost blows away his Impulse sides, and Tchicai has hardly ever sounded better – and even Cherry seems to be unlocking a whole new side of his spirit in the process of the recording! This set features titles that include "Mick", "The Funeral", "When Will The Blues Leave", "Crepescule With Nellie", "OC", and "Consequences", "Wo Wo", "Trio", and "Emotions". ~ Dusty Groove 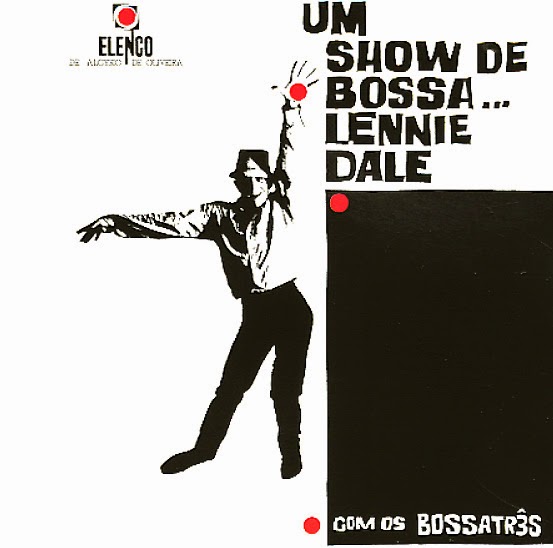 A live bit of bossa vocals from Lennie Dale – recording here with some cooking accompaniment from the Bossa Tres trio! The format is very spontaneous and relaxed – similar to an American live jazz vocal date of the time, but with a bossa groove instead – one that's a perfectly showcase for Dale's lively vocals and strong sense of showmanship – singing here in both English and Portuguese! Luis Carlos Vinhas' piano playing sparkles throughout, and although recorded in a club, the set has all the crystal clarity you'd expect from the Elenco studio sides of the time. Many tunes are done in pot-pourri fashion – shifting easily between themes of a few different tunes – and titles include "No Dollar Bills", "Day In Day Out", "Old Devil Moon", "O Samba Da Minha Terra", "Improvisacao Bossa Tres", "Bim Bom", and "Samba Do Aviao".  ~ Dusty Groove 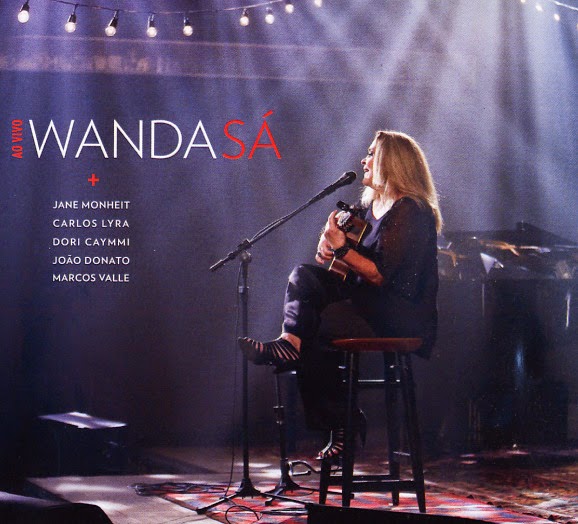 
Some of the coolest, most compelling work we've heard in years from Wanda Sa – a very spare, stripped-down session that really gets back to the roots of her music from the 60s! Wanda Sa has been reviving her bossa sound for the past decade or more, but most of those recordings often have a decidedly modern feel in some of the instrumental and production choices – while this album really goes for a classic vibe all the way through, as Wanda sings beautifully without any extra trappings, and plays guitar with this sublime sense of tone and color to really illuminate the lyrics! The music has some extra backings, too – but really in a light, small combo bossa mode – save for some points when Sa is joined by Marcos Valle, Joao Donato, and Carlos Lyra – all of whom approach the project in a similar way. Titles include "O Que E Amar", "Novo Acorde", "Vagamente", "Ciume", "Pra Sempre", "Minha Saudade/Bim Bom", and "E Nada Mais". Also features bonus tracks with appearances from Jane Monheit and Dori Caymmi!  ~ Dusty Groove