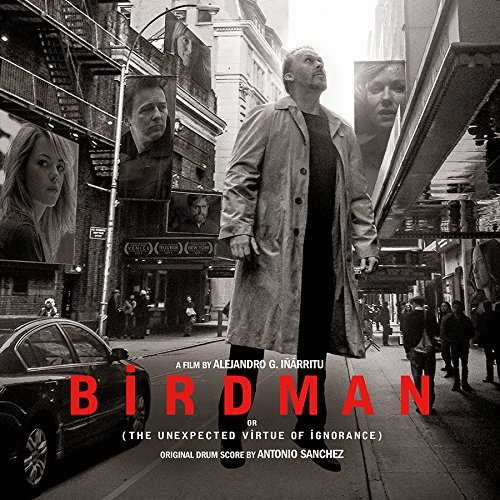 ANTONIO SANCHEZ & OTHERS - BIRDMAN (THE UNEXPECTED VIRTUE OF IGNORANCE)

"Birdman" is the 2014 film by visionary Mexican filmmaker Alejandro Gonzalez Inarritu (Amores Perros, Babel, Biutiful....), and winner of the Academy Awards for Best Picture, Best Director, Best Original Screenplay and Best Cinematography. Part comedy, part tragedy, "Birdman" tells the story of a washed-up actor (Michael Keaton) who once played an iconic superhero. He must now overcome his ego and family trouble as he mounts a Broadway play in a bid to reclaim his past glory. This unique film features a drum score composed by acclaimed drummer Antonio Sanchez (player on the Pat Methany Unity Group). The soundtrack features a selection of classical music. Tracks include: Get Ready;  Dirty Walk;  Just Chatting; Waiting For What; Semi Comfortable In 3; Strut, Pt. 1; Doors and Distance; Night Chatter;  Almost Humanl; and Schizo (all by Antonio Sanchez); plus additional  tracks. ~ Amazon 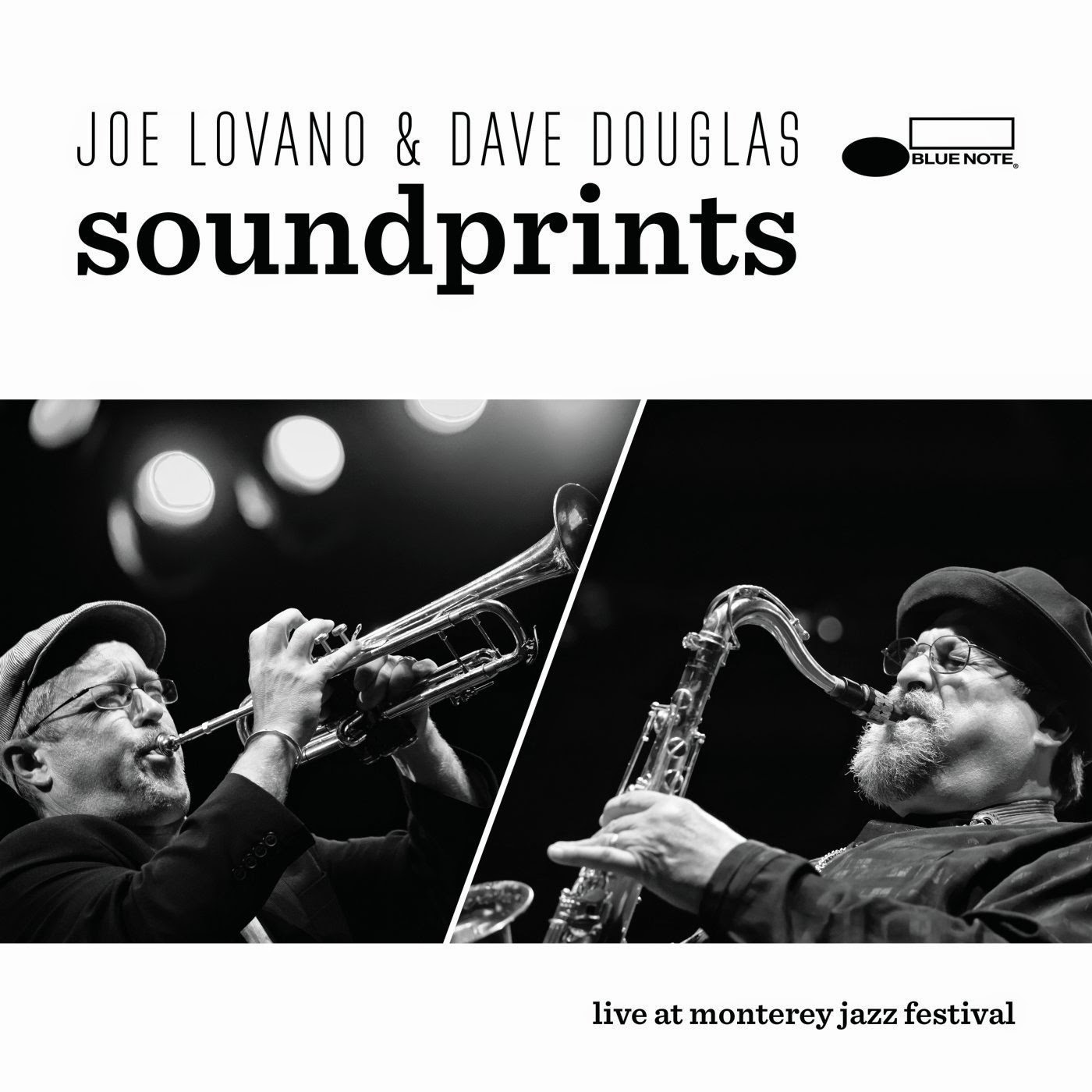 Saxophonist Joe Lovano and trumpeter Dave Douglas will release Live at Monterey Jazz Festival on April 7, the debut recording from their co-led quintet Sound Prints featuring pianist Lawrence Fields, bassist Linda Oh and drummer Joey Baron. The album was recorded live at the Monterey Jazz Festival on September 21, 2013. Sound Prints takes their primary inspiration from the music of their primary inspiration Wayne Shorter the band's name is a nod to his classic "Footprints" however the quintet s focus is on new original compositions by Lovano and Douglas, as well as two new Shorter compositions in direct collaboration with the composer himself. ~ Amazon 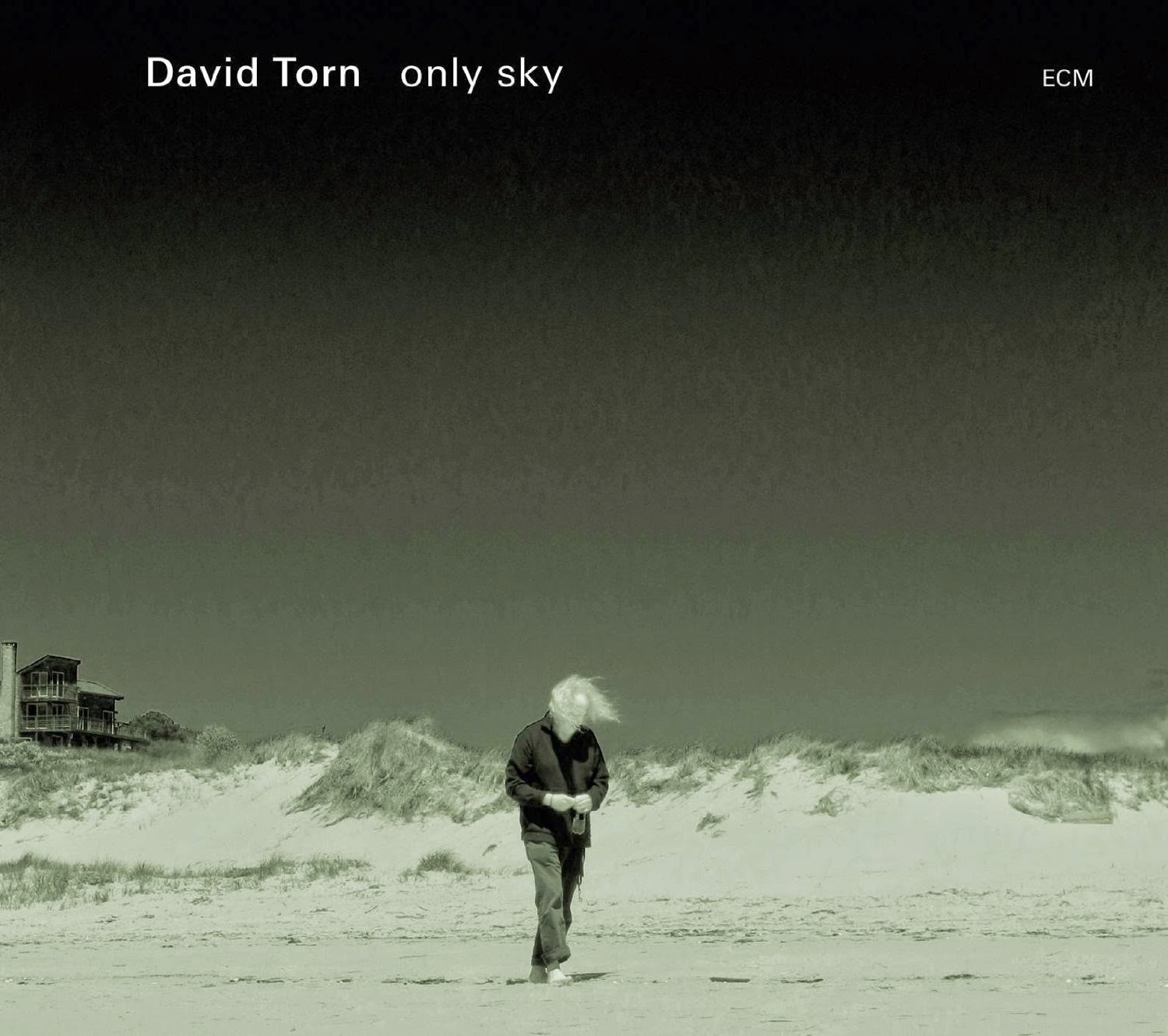 David Torn ever-intrepid guitarist, producer, improviser, film composer and soundscape artist returns with only sky, an album that explores the far sonic edges of what one man and a guitar can create, a solo recording of almost orchestral atmosphere. It is Torns first ECM release since 2007s acclaimed prezens, a full-band project, with Tim Berne, Craig Taborn and Tom Rainey, that Jazzwise described as a vibrating collage full of shimmering sonic shapes, a dark, urban electronic soundscape a potent mix of jazz, free-form rock and technology that is both demanding and rewarding. Many of those same descriptors apply to only sky, with its hovering ambient shadows and vaulting flashes of light, its channeling of deep country/blues memories and Burroughsian dreams of North Africa. Recorded in the acoustically apt hall of the Experimental Media and Performing Arts Center in upstate New York (and then added to and manipulated in Torns own mad-scientist lair), only sky is an album to get lost in, over and again. ~ Amazon