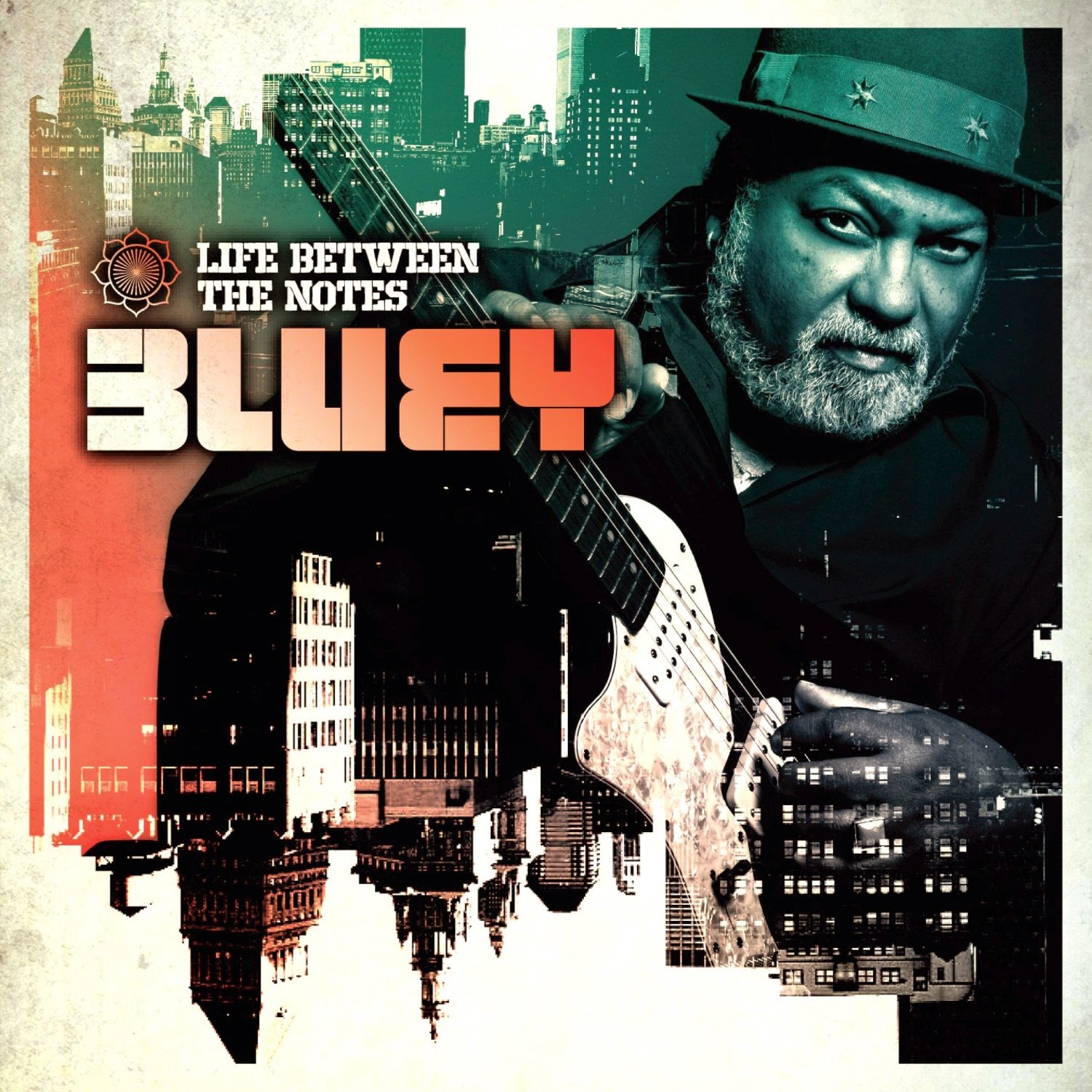 BLUEY - LIFE BETWEEN THE NOTES

Having waited more than 30 years to record his debut solo album – 2013’s “Leap of Faith” – INCOGNITO’s driving force Jean-Paul ‘BLUEY’ Maunick enjoyed the experience so much that he returns with an impressive second solo set “Life Between The Notes” Bluey displays an assured vocal performance on a wide range of songs from the disco flavour of “Hold On” and the dancefloor-friendly title track (Says Bluey: “I quote my record collection…the songs that have fanned the flame of this long musical journey”) to the funky falsetto of “I’ve Got A Weakness For Your Love” and the jazzy “Saints and Sinners” and “Columbus Avenue”. The album shows a real development for Bluey, especially as he ventures into more jazz-leaning vocal material. He feels the album has “a jazz undertow that sweeps the whole thing along”. Of the album’s closing track “Sunships On The Shores Of Mars”, he calls it “the deepest adventure I’ve allowed myself to take into the world of jazz. It allows me to croon like I’ve never crooned before.” ~ Amazon 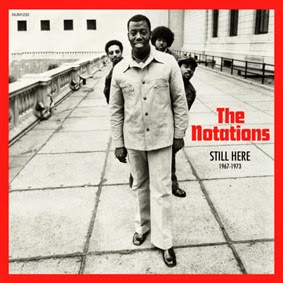 From the dawn of doo-wop to the death of disco, the Notations saw-and sang-it all. Persisting through changing trends and technologies, on major labels and minor ones, produced by both Syl Johnson and Curtis Mayfield, nothing could stop the Notations from representing Chicago’s Southside for decades. The first overview of their indie label golden age, Still Here 1967-1973 finds the Notations at a musical crossroads, turning from simmering R&B ballads to socially-conscious soul. Offering up a platter of golden-dipped harmonies, inventive arrangements, and super-powered soul, the Notations survived as unheralded legends in their own time. Includes: A New Day; I’m Still Here; Trying My Best To Find Her; Just You And Me; This Time I’m For Real; What More Can I Say; I Can’t Stop; That Girl; At The Crossroads; Leading Lady; Now I Know How It Feels; Gonna Get Ready; I’ve Been Trying; and I Don’t Want To Be Late. 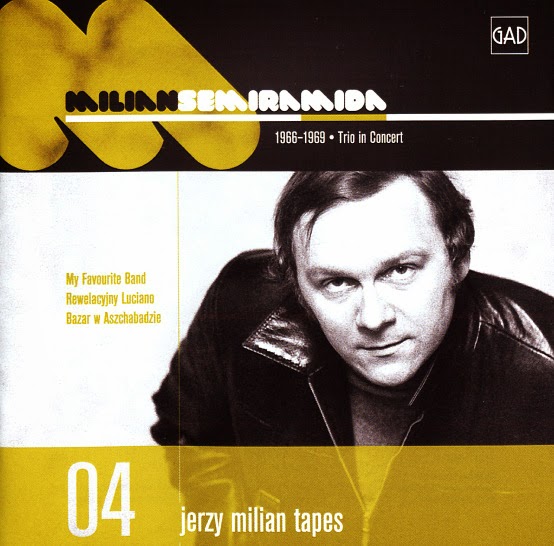 Seminal sounds from one of the hippest vibists of the 60s – the great Jerzy Milian, who was easily Europe's answer to Bobby Hutcherson at the time! The material here comes from a few key performances by the Milian trio at the Jazz Jamboree festival in Poland – sort of the Eastern European version of Newport or Montreux – and the sound is very open and freewheeling, with this equal balance between the vibes, bass, and drums that show a lot of "new thing" tendencies in Jerzy's music at the time! Milian made plenty of great studio records over the years, but these live sides may well be some of his most revolutionary – a rare glimpse at a musician who should have had a much bigger impact globally at the time, had it not been for the politics of the Cold War. Titles include "Semiramida", "Ballada", "Monument", "Summer Nights", "My Favorite Band", "Serpent's Tooth", "Vales Ex Cathedra", and "Program". (One thing – note that the title track "Semiramida" has some technical issues – the recording quality ebbs and flows a bit, although the music is great.) ~ Dusty Groove