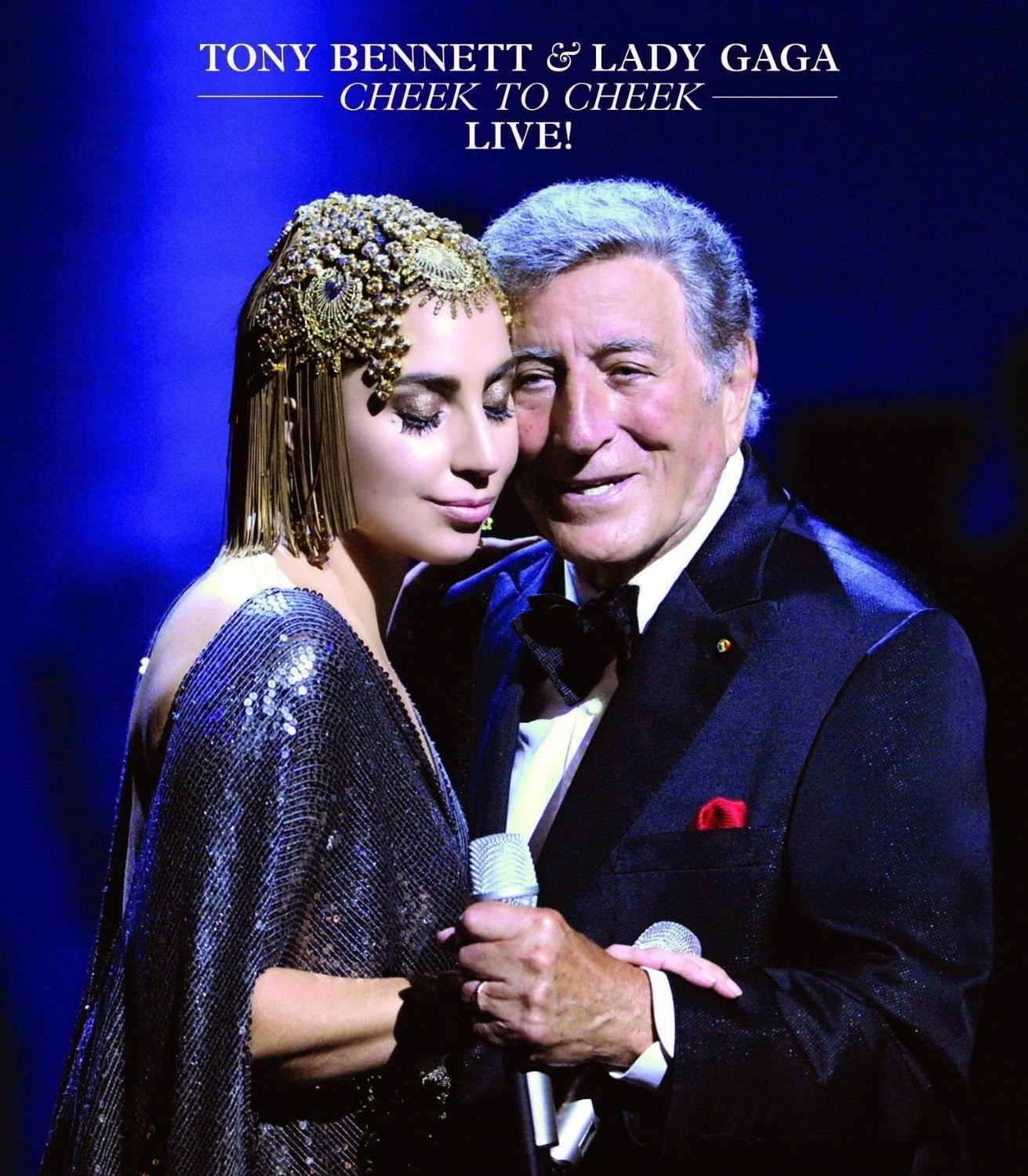 Taped at Jazz at Lincoln Center’s Frederick P. Rose Hall on July 28, 2014, each song was handpicked by the artists, and features classic selections from the Great American Songbook. Tony Bennett & Lady Gaga: Cheek to Cheek LIVE! was filmed in front of a live audience of invited guests, many of whom were students involved in arts programs in NYC public schools. With set and lighting design by Robert Wilson, the stars are joined by a 39-piece orchestra conducted by Jorge Calandrelli, soloists Chris Botti on trumpet and David Mann on tenor sax, and jazz musicians associated with both artists including members of Bennett’s quartet, Mike Renzi, Gray Sargent, Harold Jones and Marshall Wood, and Lady Gaga’s quintet, including Brian Newman, Paul Francis, Steven Kortyka, Michael Scott Ritchie, and Alex Smith. Blu Ray and DVD release includes:  Anything Goes;  Cheek To Cheek;  They All Laughed; The Lady's In Love With You; Nature Boy; Goody Goody; How Do You Keep The Music Playing?;. Bang Bang; Bewitched, Bothered, And Bewildered; Firefly; I Won't Dance;. Don't Wait Too Long; I Can't Give You Anything But Love; Lush Life; Sophisticated Lady; Let's Face The Music And Dance; Ev'ry Time We Say Goodbye; But Beautiful; and It Don't Mean A Thing (If You Ain't Got That Swing). 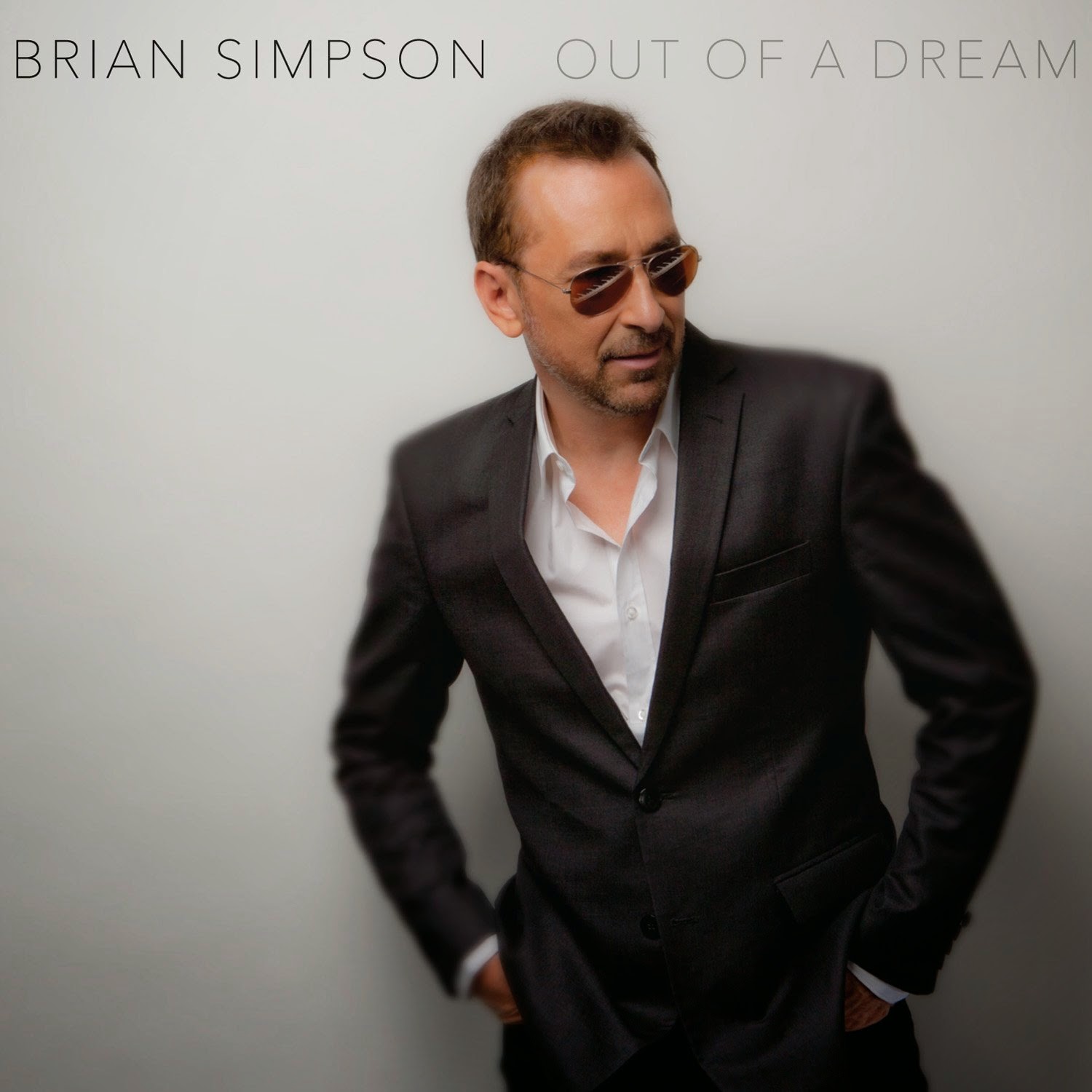 BRIAN SIMPSON - OUT OF A DREAM

A proven hit maker, Brian s previous release garnered top 10 singles, including 2 #1s. Both as a solo performer and as the featured keyboardist and music director of the Dave Koz Band, Brian performs in front of an incredibly large number of Smooth Jazz fans on a non stop basis. And as winner of the American Smooth Jazz Keyboardist of the Year Award, frequent guest on nationally syndicated radio shows and music director of The Smooth Jazz cruise, his visibility is tremendous. Highlights include the hit single Skywatcher , the sensuous ballad Just One Wish featuring Norman Brown, a brilliant performance by Najee on the title track Out of a Dream, Maysa s bossa nova tinged vocals on The Rio Sway , Dave Koz vibey solos on When I Say Your Name , and much more! ~ Amazon 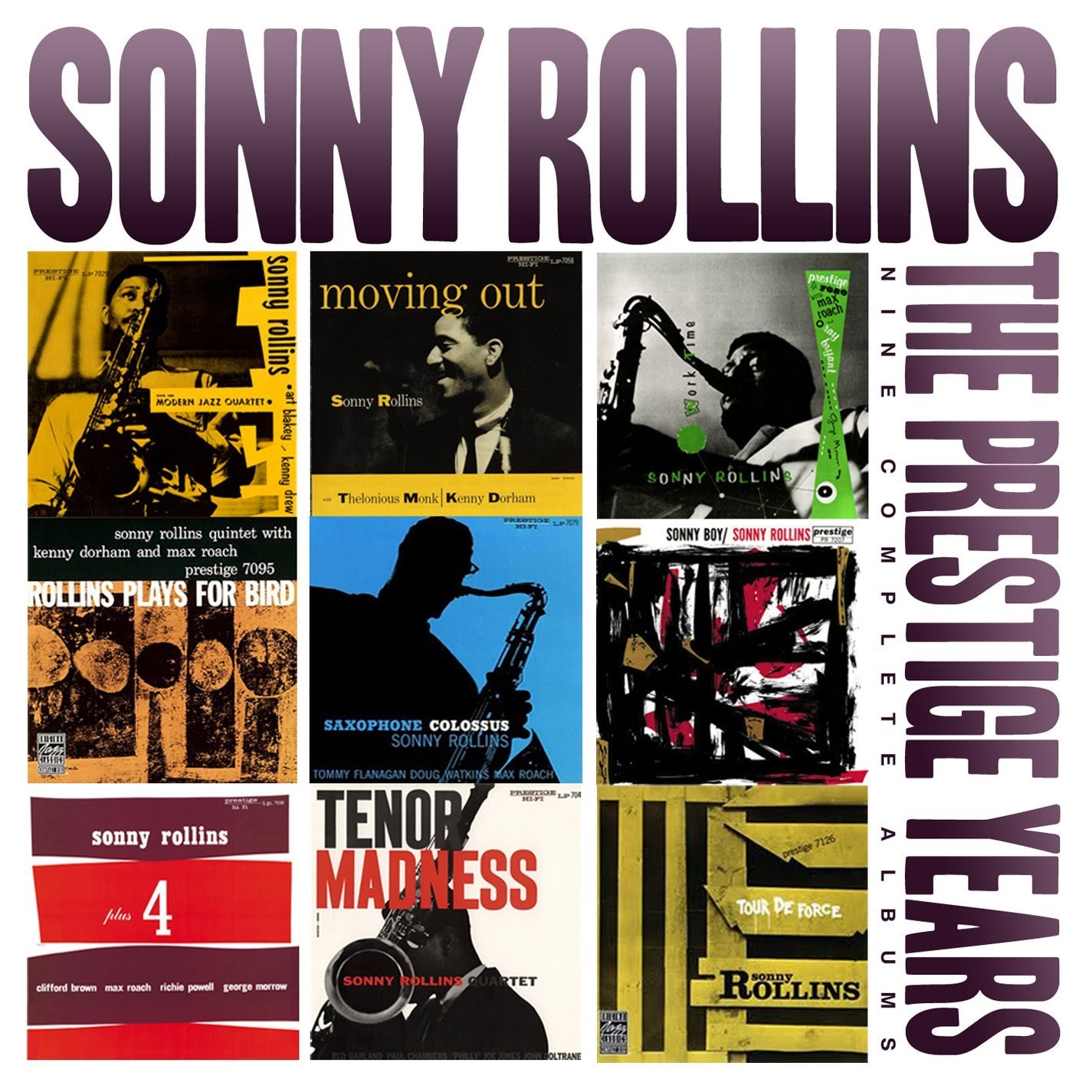 Theodore Walter "Sonny" Rollins, born September 7, 1930, remains one of the most influential and important American Jazz musicians of all time and is widely recognized as the finest tenor sax player in Jazz's long history. Although now well into his 80s, Rollins continues to perform and release new recordings. Rollins was born in New York City, to parents who were themselves born in the U S Virgin Islands. Rollins received his first saxophone at age 13, initially attracted to the jump and R&B sounds of performers like Louis Jordan, but soon he became drawn into the mainstream tenor sax tradition. Rollins began to make a name for himself in 1949 as he recorded with Johnson and Bud Powell what would later be called "hard bop", with Davis in 1951, with the Modern Jazz Quartet and with Monk in 1953, but the breakthrough arrived in 1954 when he recorded his famous compositions "Oleo", "Airegin" and "Doxy" with a quintet led by Miles Davis. Rollins was invited later in 1955 to join the Clifford Brown-Max Roach quintet. After Brown's death in 1956, Rollins continued to play with Roach and released his own albums on Prestige Records, Blue Note, Riverside, and the Los Angeles label Contemporary. His widely acclaimed album Saxophone Colossus was recorded on June 22, 1956, and included his best-known composition "St. Thomas". In 1956 he also recorded Tenor Madness, using Davis' group. The title track is the only recording of Rollins with John Coltrane, who was also in the group at this time. It was this musical titan's recordings made with Prestige 1953-1956 which established Sony Rollins as one amongst the finest Jazz players to grace the genre. This 5 CD set contains all 10 LPs Sonny Rollins made for Prestige Records, in their entirety, beginning with his collaboration with Theolonius Monk and The Modern Jazz Quartet, and moving through his classic works as leader of some of the finest Jazz combos ever to record together.~ Amazon