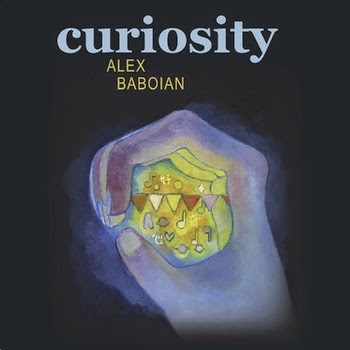 Alex Baboian is an Armenian-American guitarist, composer, and teacher from Boston, Massachusetts who has been described by music educator Hal Crook as a "Future major voice in jazz" and in a review from Allaboutjazz.com as "a superb composer, an original improviser and an apt bandleader." Alex graduated from Berklee College of Music in 2012 duel majoring in Performance and Electronic Production and Design and being awarded the guitar department achievement award twice. He has performed extensively at venues and festivals in America, Asia, Europe, and The Middle East. Some of the wonderful teachers Alex has studied with include Dave Tronzo, Hal Crook, Jon Damian, Dave Fiuczynski, David Gilmore, Phil Wilson, Greg Hopkins, Jamey Haddad, and Simon Shaheen. He also had the privilege of working with Peter Bernstein and Wayne Krantz when they were in residency at Berklee.

Alex's debut album as a leader entitled "Curiosity" was released in Fall 2014 and features his original compositions and arrangements for jazz trio and quintet. It has been as described by Hrayr Attarian at Allaboutjazz.com as "an intimate, contemplative and supremely lyrical work" "sonic poetry." You can find the music at Cdbaby and Bandcamp. Other musicians on the album are Dylan Coleman (bass); Ton Wandell (drums); Rafael Aguilar (alto sax); and Michael Sachs (alto sax, clarinet, bass clarinet).

If you enjoy jazz with the sound of the guitar upfront and on lead, then you will surely enjoy this release.  Tracks include: Spurs, Mulatu, Mysteries, Streetlights, Mouse, Rockwell, A Dreamer's Holiday, Tree Rings, Alberto Balsalm, as well as the Lennon & McCartney's Girl.