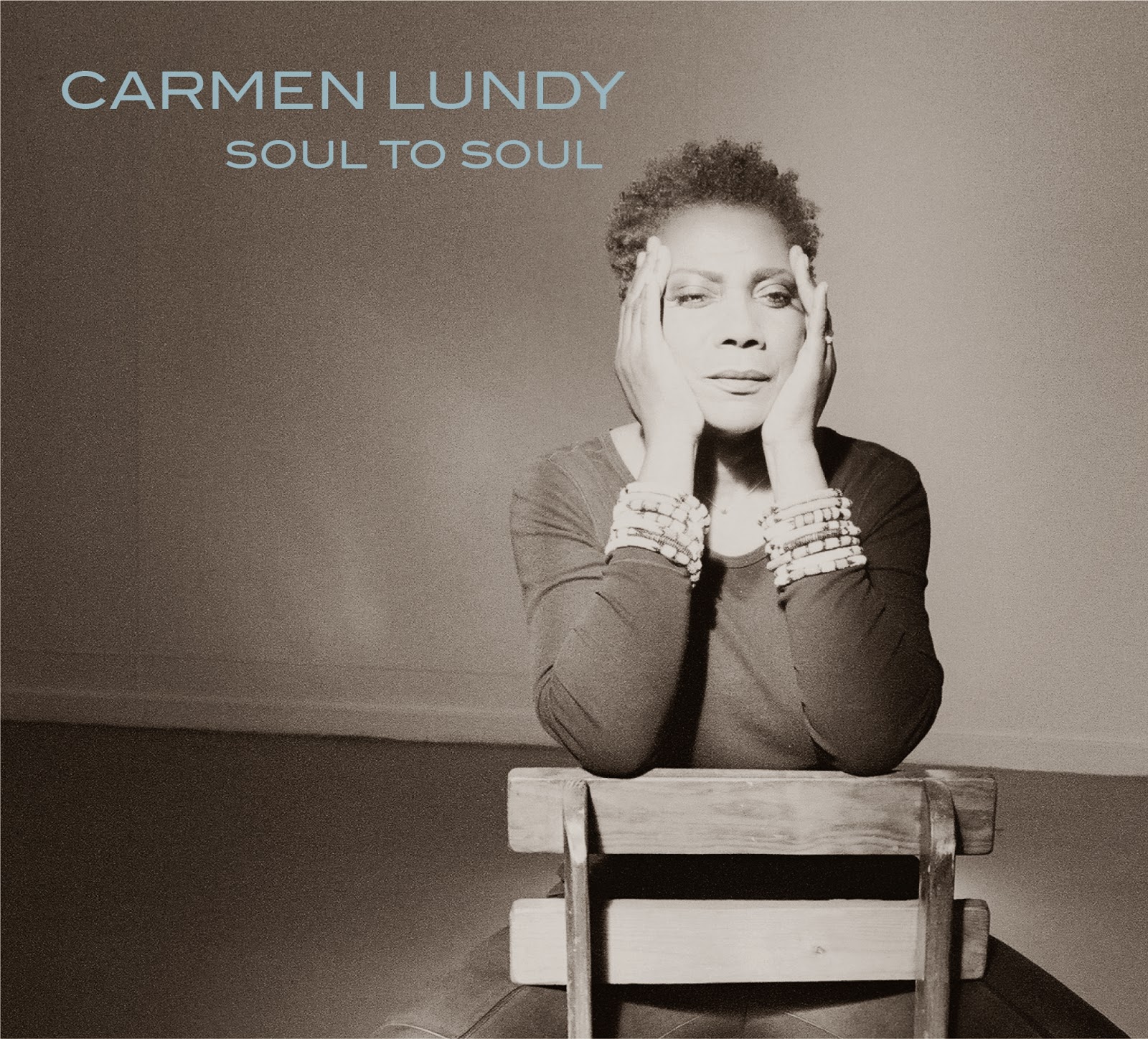 2014 was an incredible year for vocalist, songwriter, producer and musician Carmen Lundy. “Soul To Soul,” a passionate new song cycle and the artist’s 14th CD, was released to critical raves from publications ranging from Jazz Times to Monsters & Critics to AXS Entertainment to Downbeat. Lundy performed to packed houses in Los Angeles, New York City, London, Paris and more and tracks from the CD have been receiving airplay on stations across the country including such tastemaker stations as Los Angeles’ KCRW and New York’s WBGO. Additionally, Lundy was chosen and interviewed to be a part of The History Makers, a series celebrating the achievements of African Americans, which will be housed permanently at The Library Of Congress in Washington, D.C.

“One of the most criminally overlooked vocalists in jazz may just be ready to get some overdue attention with Soul To Soul.” – Straight No Chaser

“The finished track [“Grace”] is a jewel, a blissful ode to handed-down lessons in strength and dignity that underscore the entire album’s elegance.” – JazzTimes

“Carmen Lundy’s New Album ‘Soul To Soul’ Confirms Her Status As The Intellectual Voice of Jazz.” – Monsters and Critics

So what’s next for this ground-breaking artist? On February 13th, Carmen will perform at Los Angeles’ Walt Disney Concert Hall as part of Terri Lyne Carrington’s “Mosaic Project” – a performance that will be based on Carrington’s Grammy-winning CD and that will feature Carmen as well as Lizz Wright, Nona Hendryx, Tia Fuller, Ingrid Jensen, Helen Sung and more. Also on February 15th - Carmen and her band featuring Patrice Rushen, Kenny Davis, Jamison Ross and Warren Wolf will headline the Mid-Atlantic Jazz Festival.

Education will play a key role on Carmen’s agenda in 2015. From March 23-April 3 Carmen will be based at The Kennedy Center in Washington D.C. for the annual Betty Carter Jazz Ahead Program. 2015 marks Carmen’s 15th consecutive year of involvement with this globally-recognized composition and performance program and she is the only vocal chair to lead the program since Betty Carter herself. On the heels of The Kennedy Center, Carmen will travel to The Berklee School Of Music in Boston on April 7th and 8th for an intensive two-day performance and master class residency, to be followed by more tour dates in Canada and the US, then culminating in a 4-night stand at Jazz At Lincoln Center/Dizzy’s in New York City September 17th-20th and two nights at the Kennedy Center November 20th-21st.

“It’s been a very exciting and fulfilling time for me,” says Lundy, “I’m looking forward to 2015 and the opportunities it will offer – both musically and on a personal level. I have much to celebrate.”

“Soul To Soul”, Lundy’s 14th album, was released in September (Afrasia Productions) and is the latest chapter in her critically-acclaimed career as both a musical artist and a visual artist; a return to her roots but also an exploration of these roots — and the journey that those roots can take you on.

Carmen Lundy began working on “Soul To Soul” well over a year ago in a very hands-on manner – literally composing, co-composing and arranging eleven of the thirteen tracks and then playing and recording all the instruments – including bass, drums, piano, guitar and percussion – in her home studio to get a working “feel” for how the music might sound. She then “sweetened” the songs by adding string sounds and other software instruments to elaborate and experiment with the aural mood of each track, interpreting and identifying with each track’s sound individually as well as part of the overall song sequence. On the final CD, Lundy plays guitar on all tracks, piano and Rhodes on many tracks, and drums on two. “Soul To Soul” also features the stellar talents of guest artists Patrice Rushen, Geri Allen, Randy Brecker, Mayra Casales, Simphiwe Dana, Bennie Maupin, Carol Robbins, Ada Rovatti, and Warren Wolf along with Carmen’s core rhythm section members Darryl Hall and Jamison Ross.