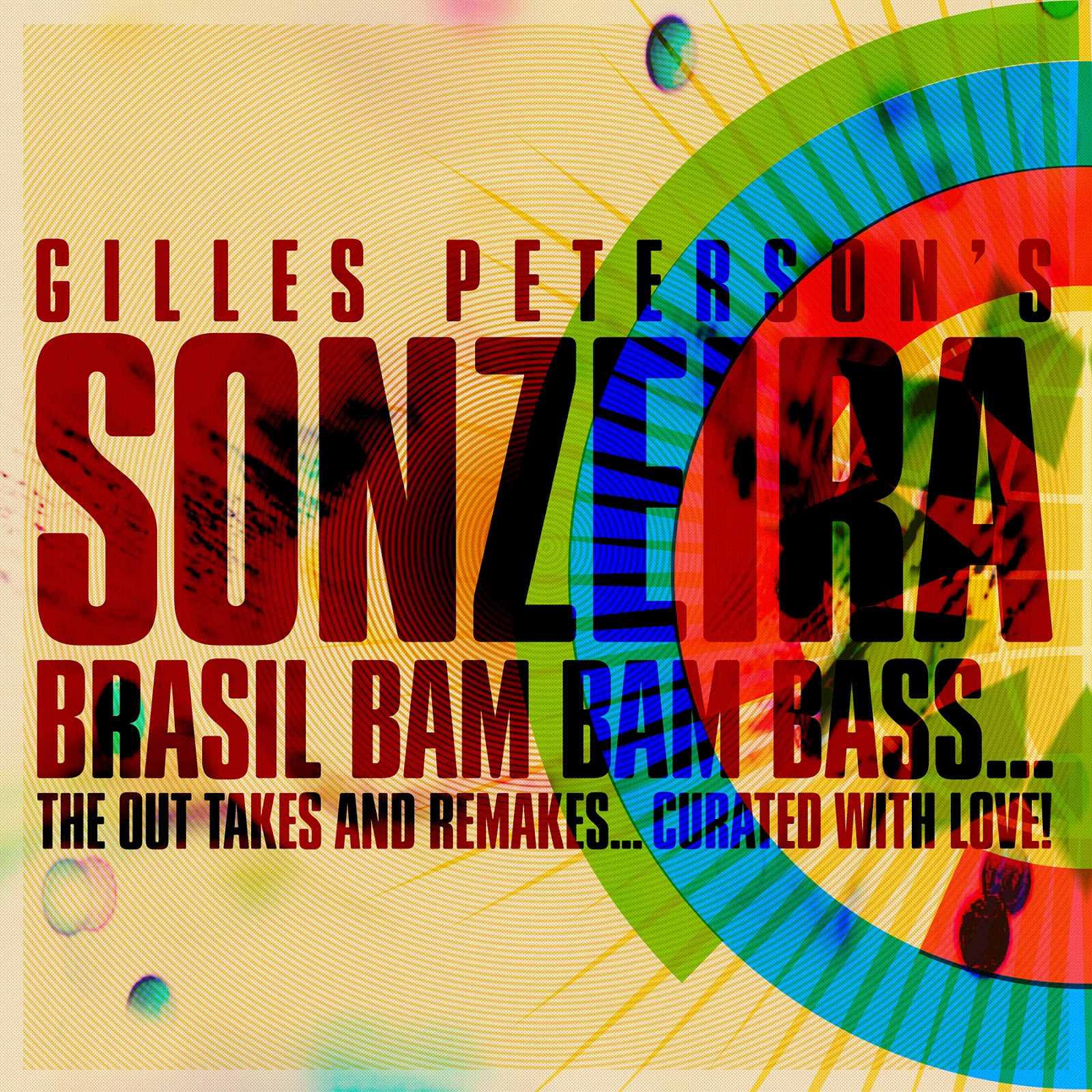 In the middle of 2014, with all roads leading to Brazil, DJ, tastemaker and cultural curator Gilles Peterson embarked on the project of a lifetime, his most ambitious to date: setting up camp in a recording studio in Rio to record a sort of love letter to the nation under the artist name “Sonzeira” (meaning a joyful / killer sound). The resulting album “Brasil Bam Bam Bam” was a deeply personal work, bringing together the many authentic sounds and traditions but always through the eyes of an enthusiast inspired by 30 years of DJIng and record collecting.

As Gilles said at the time: ‘Brazil’s music culture is massive..There’s the North – Bahia, Recife, the afro-brazilian sound. There’s batucada, the heavy sambas. Then bossa nova - Tom Jobim and all that history. There’s baile funk. There’s Tropicalia and the more soulful, funky scene championed by groups like Banda Black Rio, Trio Mocoto and icons like Gilberto Gil. Such a huge amount of stuff to fit in. I wanted to try and cover it all – to make a kind of Buena Vista meets club culture, but to keep it sonically very modern.’ The album included star turns from Brazilian superstars young and old, including ‘City of God’ actor and singer Seu Jorge, the grande dame of samba, 76-year-old powerhouse Elza Soares, and world-renowned percussionist Nana Vasconcelos. Of course, this was a Gilles Peterson record and so there was also many left turns -  who else would come up with Emanuelle Araujo’s bossa nova take on the 80s UK jazz-funk hit Southern Freeez, or draft in Seun Kuti (youngest son of Fela) to join the dots between modern day Brazil and the slave ships that bought poly-rhythms from Africa 400 years ago.

Of course, with roots so deep in the interesting edges of club culture it was natural for Gilles to continue this journey into new sonic territories. As such he has spent the last 6 months curating this new album “Brasil Bam Bam Bass” drafting in some of his favourite producers, friends, and associates to reimagine tracks from the album, with all the taste and good judgement you would expect. Much like the original record this is a very personal curation, a considered work that saw Gilles hand pick producers to re-imagine the album track by track - these include At Jazz, FaltyDL, DJ Oil, Kyodai, Max Graef and many more. Also included on this double CD are some wonderful outtakes (including the sublime reworking of Yusef lateef’s Plum Blossom previously only on the vinyl box set of the album), and dubbed out alternative versions of several tracks by Gilles’ Sonzeira co-producer Dillip Harris.

If the original record was about examining Gilles own history and love for every quarter of Brasil’s sound, this provides a further glimpse into Gilles’ creative mind, ever serching for connections between rhythms; exciting, imaginative and original productions. Most of all this is a record where respect for the source material continues to shine through.

Gilles Peterson presents Sonzeira Brasil Bam Bam Bass - The Out Takes and Remakes: Curated with Love will be released on double CD on Brownswood Recordings on the 9th February.