NTJAM ROSIE Returns With Finest Album To Date THE ONE 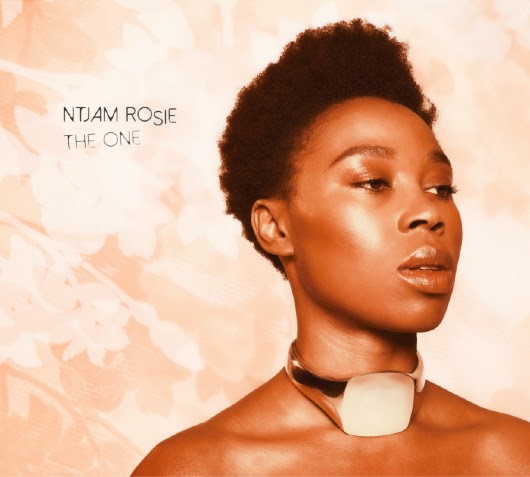 Ntjam Rosie, the Cameroon-born, Dutch-based Afro-European artist who has become a tastemaker both with her music and her fashion sense, is set to make a big mark in 2015 with her fourth album, The One.

The singer and songwriter, who arrived in Holland from a small village in Cameroon at the age of nine, is now based in Rotterdam and has been turning heads in her adopted home country. A truly independent woman, who runs her own record label, Gentle Daze, Ntjam’s striking creativity in the world of fashion has made her into a style icon. Meanwhile, her blend of soul, jazz, folk, gospel and world music is now set to reach a wider audience than ever before.

The fourth instalment in an increasingly distinguished album catalogue, The One is a huge creative step forward. That’s both in terms of its confident, seductive songwriting ethic and because it marks Ntjam Rosie’s debut as a producer of her own work. It has invigorating elements of India.Arie’s roots-fuelled R&B, Patrice Rushen’s sultry jazz, and even the vocal independence of Beyoncé, all in an atmospheric soundscape that is purely her own.

The new record follows 2013’s At The Back Of Beyond, which was warmly received creatively and commercially, and inspired Ntjam to perform throughout Holland and across Europe. “That was an album that was a part of me, and that needed to explore my poppy side,” she says. “I’m grounded in jazz and soul, and pop. But as a songwriter, I really needed to go through that album to learn how to play the guitar, to see and hear what kind of songs I would write, and also to put the guitar on the palette — literally being able to pick the guitar up to write.”

The songs for The One were written around the time Ntjam got married, in January 2014, and was made with her regular band and engineer Vincent Helbers at her side. Martin Fondse added strings, and there are guest appearances by friends and fellow artists Pink Oculus, Eric Vloeimans and Ronald Snijders.

Her graduation as a cosmopolitan, 21st century woman and musician included nominations both for Holland’s Edison Awards, twice, and the Elle Personal Style Awards; playing the North Sea Jazz Festival, and gigs from Thailand to Turkey and Estonia to China.

Ntjam has already started to introduce The One during her live shows, and looks forward to touring it more in 2015. The future is bright. The future is Rosie.